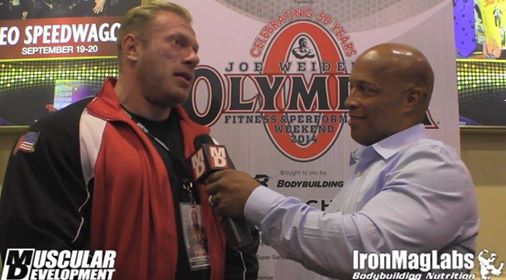 Not all is good at the 2014 IFBB Duabi Pro comeptition. The promoters must be scratching their heads wondering how they managed to leave a top bodybuilder and master of ceremonies out!!

It was confirmed by the recent 2014 Arnold Classic Europe winner Dennis Wolf that he was planning to compete at the 2014 IFBB Dubai Pro show, but his plane ticket was not sent and Dennis said that he will not pay for a ticket to go and compete.

So he decided to skip this competition. This was a major over-site on the Dubai promoters. Listen to Dennis Wolf confirm his situation (Four minute mark) during his Arnold Classic Europe interview. Watch here

As well on MD Radio, Shawn Ray also confirmed the disorganization that is taking place as he himself was not sent a ticket and could not make the trip. Shawn was booked to be the master of ceremonies.

Shawn also confirmed that while he stays home he will still be paid this event due to contract obligations leaving the Dubai promoters scratching their heads.Listen to Shawn confirm this on the 11 minute mark: Listen here