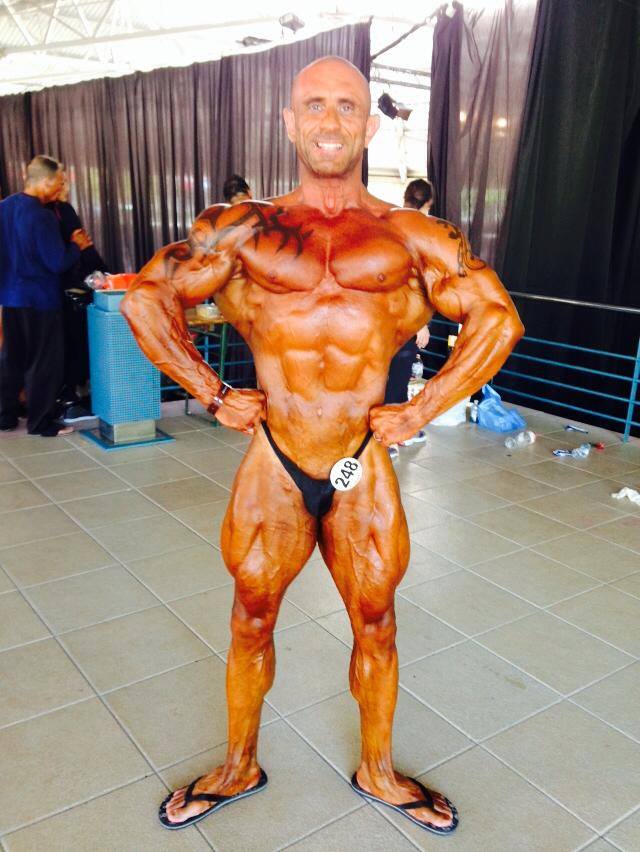 The most sensational winner is Irakli Gagua from Georgia, who won the first historical bodybuilding gold medal for his country. Georgia had been the IFBB “dead” member for many years but now returns in a great style.

All five 2014 Classic Bodybuilding champions are new and most of them came to the continental championships for the first time. It means that new competitors with great predisposition are still coming to our sports and they are so good that can successfully challenge “old” champions. The overall battle was a close duel between Tomas Bendoraitis and new Russian star Alexander Kuschuk, who – in some way – resembles famous bodybuilding champion from the 1960s Dave Draper, also from his face. Is he a new “Blond Bomber”?
Their tough battle has brought the result 8:10 for Bendoraitis.

In Men’s Bodybuilding two gold medals went to Ukraine and two – to Poland. In 70 kg class interesting situation: 2013 European champion Miroslav Skadra (Slovakia) came to regain the title but had fight against the 2013 European champion in… classic bodybuilding: Teymur Aslanov (Azerbaijan) and 2013 bronze medal winner Roman Iushchenko (Ukraine). This time the Ukrainian emerged as a winner.

The second “gold” for Ukraine came in the heaviest category, over 100 kg, where two newcomers at this level: Arthur Kovalov (Ukraine) and Michael Muzo (Netherlands) placed ahead of the former European champion Mikhail Sidorychev (Russia).
2013 runner-up Danijel Miklecic (Croatia) progressed a lot in the past year and moved up to the 1st position in 75 kg category, leaving behind Antonio Muriana of Germany.
The 80 kg class went to the 2011 Mediterranean champion Simone Schirilo, who outpointed two Russians: 2012 runner-up Aleksey Denisov and 2012 champion (in 75 kg class) Sergey Moskvin.
85 kg category was the battle of the gifted Spanish athlete Raul Gutierrez against two Polish stars: former world top classic bodybuilder Mariusz Balazinski and Krzysztof Skryplonek. The Spanyard won all three rounds, so the discussion is not necessary. For Balazinski it means a successful and quick transformation from classic bodybuilder to the impressive traditional bodybuilder.
90 kg class had three favourites: former European champion Vugar Verdiyev (Azerbaijan), former runner-up Ott Kiivikas (Estonia) and former European junior champion Szymon Lada (Poland). And this youngest star emerged as a winner from this tough battle against the matured champions but later on he also won the overall title, so proved that his talent has been properly developing and progressing. 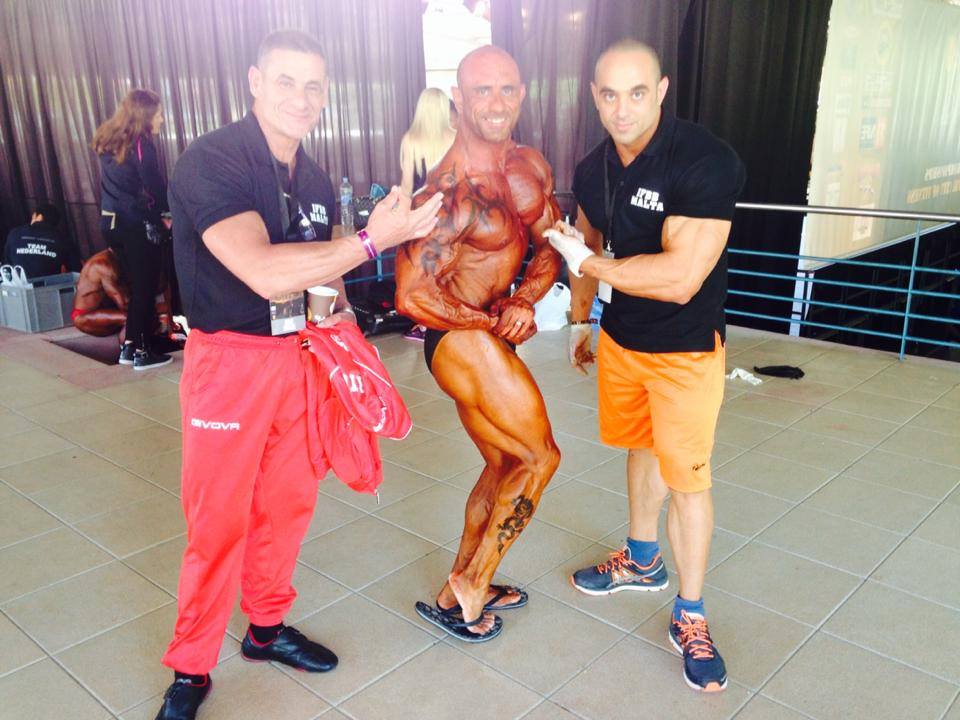 Recently introduced 95 kg category was fortunate for the next Pole: 2012 bronze medal winner Tomasz Pabiniak, but after a very tough battle against Bouhlal Chakib (Italy) and the competitor with the biggest quadriceps Peter Kovac (Slovakia). The results of the first round was: 11:12:13, the third round: 11:12:11.
Miha Zupan of Slovenia won the silver (2012) and bronze 2013) medals, so was interested in the gold one this tome. Mission accomplished! Neither Przemyslav Owczarek of Poland nor Victor De Gusatin could could do any damage to him. Last year’s champion Reza Zinatlov (Azerbaijan) dropped to the 4th place.
The overall battle was Szymon Lada vs. Miha Zupan, with slight victory of Lada, whose bodylines and muscle quality looked perfect.
42 countries entered their competitors to the European Bodybuilding Championships, what is a new record of participation.

Friday – the second day of this year’s long IFBB physique sports weekend in Santa Susanna has been finished. It was the day of all Juniors and Masters categories and Men’s Physique categories. Altogether, medals were distributed in 17 categories. The contest took almost the whole day and a part of the night, till 22:30 in the evening, with short break for lunch. Junior Men’s Bodybuilding overall trophy went to German bodybuilder Filip LIHL, who first dominated the 75 kg class. Master Men Classic Bodybuilding overall – to Javier PEREZ of Spain, the winner of the 40-49 years old division. The “Champion of the champions” among master bodybuilders was declared Antonio GUTIERREZ of Spain, the winner of the 40-49 years, up to 90 kg category. And the Men’s Physique overall title was awarded to Norwegian athlete Alexander MYRVOLD, the winner of the 178 cm class.