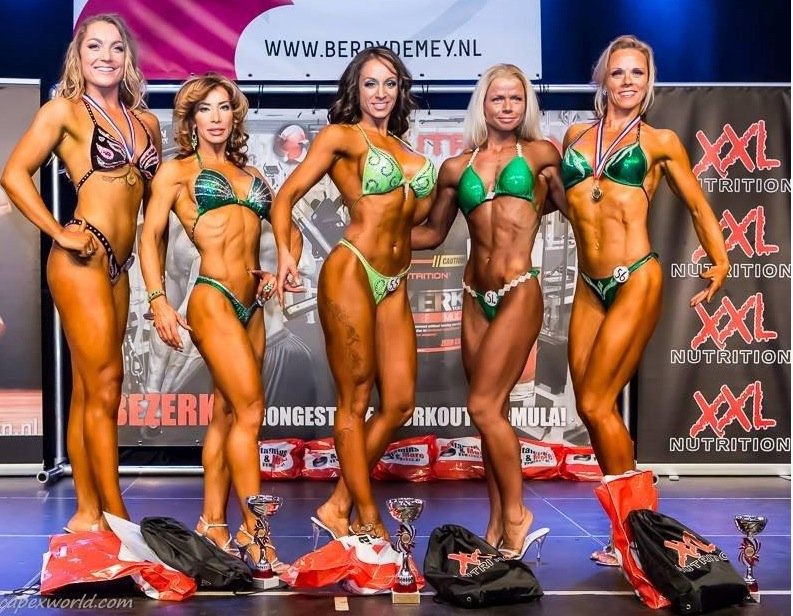 Juliette Bergamnn Cup, held on March 23rd in the Recreatiecentrum de Staver, Sommelsdijk, Holland, was the IFBB spring season opener in Europe. And it was a very successful one, with nearly 100 competitors on stage and the full house sold out. ”The NBBF is doing better than ever, I am very happy about this” – Dutch Federation President and former Ms. Olympia Juliette Bergmann told us after the contest. Looking back into the history, Dutch bodybuilders were among bodybuilding pioneers in Europe. European and world champion Giuseppe Deiana started to win medals at the 1st European Championships in Essen, Germany (1968). Then, there were super heavyweight champions: Ben Herder (1975, Amsterdam) and Berry De Mey (1982, Zurich), continental and world champion Appie Steenbeek(1983, Malmo), world champions: Arthur Buurman (1982, Graz) and Amisi Morisho (1995, Guam). And the Berry DeMey Nutrition was the main sponsor of this year’s contest.

Like everywhere in Europe nowadays, the most popular categories were Men’s Physique and Women’s Bikini Fitness.

And this competition has not been the first and only in Holland this spring. The next will be the Rotterdam’s Open Championships on April 13th, and the Dutch Nationals at the Theater aan de Schie  on April 27th in Schiedam (Rotterdam metropolitan area). We can only congratulate Juliette, Liona and their team from the Dutch Federation so vigorous and effective activity! This spring physique sports in Holland will flourish like famous Dutch tulips.