Full coverage of the 2014 NPC Nationals by evolutionofbodybuilding.net

PHOTOS: Check-In Photos from the NPC Nationals 2014 by Muscular Development

Team MD’s Bob Cicherillo & David Baye wrap-up prejudging at the 2014 NPC Nationals. Who impressed them? Who should take each division? Who has potential for the future? Watch and find out.

Muscular Development’s Shawn Ray talks about the very first NPC Nationals winner, Lee Haney, all the way through to last year’s champion, Kevin Jordan. He then looks ahead to the 2014 edition – which is set to take stage this weekend in Miami, Florida.

Team MD’s Bob Cicherillo, Peter McGough & David Baye preview the huge turn out of competitors who have showed up for the 2014 NPC Nationals. 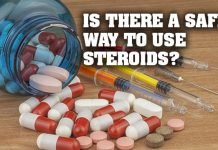