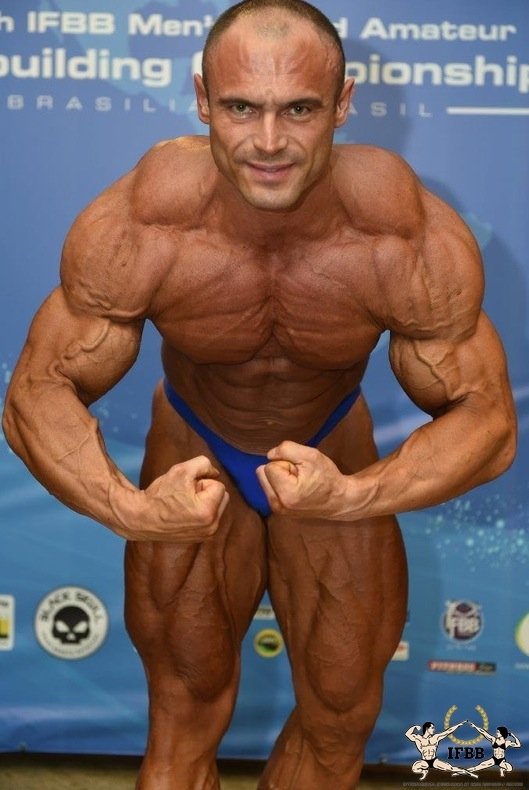 The weigh-in and official registration took the whole Thursday evening. Nearly 200 bodybuilders from over 50 countries have been registered. Among them many previous world and continental champions. It happens this year that most of the last year’s world champions come to defend their titles! First of all, the 2013 World Championships overall winner Mohamed Zakaria of Egypt. It is an unique situation as overall winners usually stopped to compete at the Worlds, turning pro or avoiding the risk to lose the title.

Despite the 2013 overall champion, there will be the next overall champion: Jose Carlos Santos (Brazil), who won his overall title in 2002 in Cairo and now will try to regain it. Santos is the second most successful amateur bodybuilder after famous El Shahat Mabrouk (Egypt), winning altogether 6 world titles in the 65 kg category. And the next sensation Among former world champions coming here to regain the title we can the 1994 world champion Eduard Derzapf (Germany). He won this title exactly 20 years ago and still in shape, having a famous daughter, world top bodyfitness star Angela Derzapf.

PHOTOS: IFBB Mens World Championships Behind the Scenes by Team-Andro