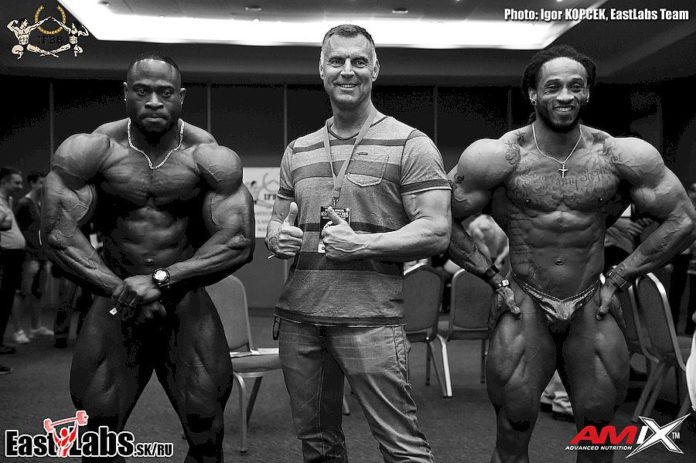 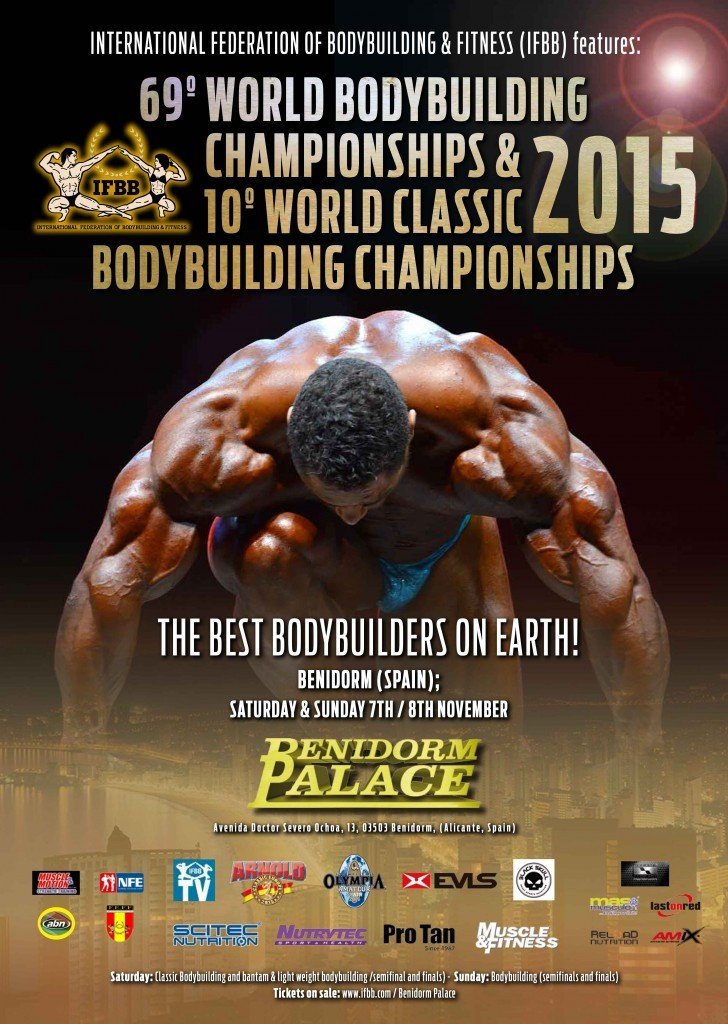 Get all the latest photos from the 2015 IFBB World Bodybuilding and Classic Championships being held between the 7-8 November 2015.

The best amateur bodybuilders in the world will compete for the ultimate prize!!

There are also changes in the schedule compared to previous Championships: this time the IFBB International Congress will open the Championship on Friday morning. The next permanent points of the program: Technical Meeting and Official Registration will take place Friday afternoon. All of them in the Melia Benidorm Hotel.

By this, whole Saturday and Sunday will be devoted to competition what will allow to go through all these 14 categories smoothly, with no hurry. The battle on the stage will start with Classic Bodybuilding, Saturday at 09:00, from the shortest class up to 168 cm. Each category will be run from the beginning (elimination round) till the finals and awarding ceremony (in blocks of categories). Following the awarding ceremony in the classic bodybuilding overall category, the first three lightest bodybuilding classes will start (65 kg, 70 kg and 75 kg). This will be the last part of the Saturday’s program.

All remaining bodybuilding categories, from 80 kg up to over 100 kg, will be run on Sunday, from 09:00 till the last category: the overall. The best bodybuilders of the globe will perform at the Benidorm Palace, an unique and very modern venue used for congresses, conventions, presentations, entertainment and sport purposes. Ideal place for physique sports!

We all in the IFBB are very impressed with the latest great diplomatic success of our President Dr. Rafael Santonja, who just came back from the Pan-American Sport Organization (PASO) Meeting in Washington, DC, with official recognition of the IFBB by this Olympic sport organization. By this, IFBB has been recognized by two biggest Olympic continental bodies: Olympic Council of Asia (OCA) and Pan-American Sport Organization. For sure, this fantastic success will influence the atmosphere at the Congress and the whole Championships. The next step? It will be discussed during the Congress – By Andrew Michalak – ifbb.com