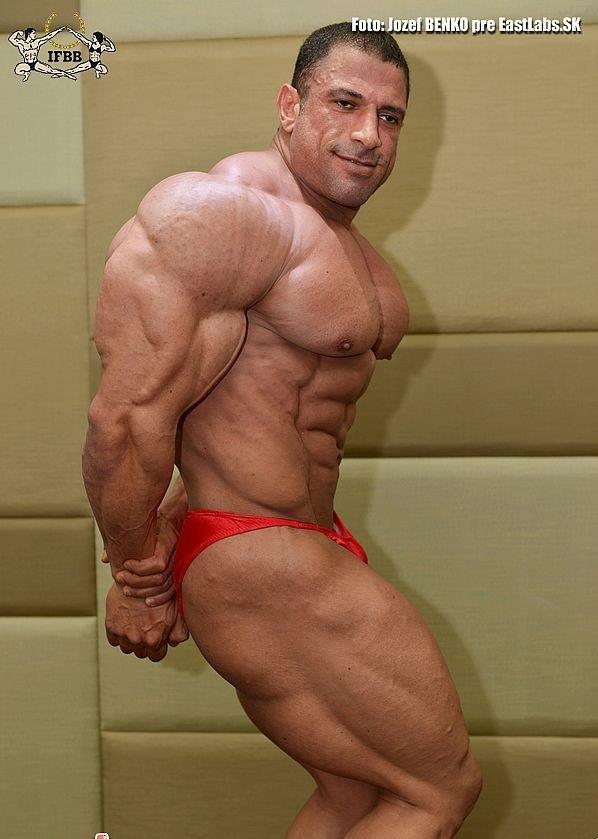 After the official registration in Hong Kong the number of participating competitors has raised up to 213. They represent 20 countries. As usual, registration verifies numbers and names of competitors nominated in the Final Entry Forms sent by National Federations. The biggest sensation occurred during the registration was the arrival of the Egyptian bodybuilding superstar Moustafa Nassim (sometimes written as “Naseem”). Nassim’s best days were in 2007 when he was running a top exciting duels with Eduardo Correa (Brazil) for the World Championships gold medal. Then he disappeared from bodybuilding stages for many years and unexpectedly came back early this year in a perfect body condition, winning the 100 kg category at Arnold Classic USA and placing 2nd in the overall. With bodyweight of 105 kg he will compete in the super heavyweight category in Hong Kong. His battle against Hassan Taha (113 kg), Pavlo Skorokhod (112 kg), Mohammed Al-Meshal (108 kg) and Seung Chul Lee (106 kg) will be a highlight of the Wednesday evening.

Women’s Bikini-Fitness category with 17 competitors looks impressive. It will be very interesting to see so many girls from China and Philippines, who are widely flooding IFBB stages nowadays, promoting and developing women’s physique sports in new areas of Asia. Altogether women’s bikini-fitness categories attracted 48 girls. Adding 12 Women’s Physique competitors, we receive 60 girls. It will be the biggest ever women’s participation in physique competition in Asia and this number shows how big are potentials of this area. In the attached gallery we publish a couple of pictures showing the Registration procedure and its participants.