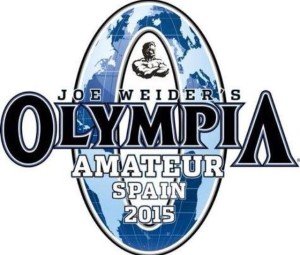 With this Olympia Amateur in Torremolinos (Malaga), Spain is entering the Olympia Amateur circle, which has been exploded with nearly 10 contests this year! Torremolinos is not a new place in the world map of the IFBB championships as it hosted the 1st IFBB World Juniors and Masters Championships in 1982 and neighbor Malaga hosted this event in 1983. Then IFBB athletes returned to Torremolinos in historical year of 2000 to participate in the European Women’s Championships. Now the city will host one of the biggest and most prestigious IFBB international event: Olympia Amateur, with its five most popular IFBB sport divisions and over 20 categories.

Olympia Amateur Spain will be attended by the top IFBB and EBFF officials: President Dr. Rafael Santonja, EBFF Vice-Presidents: Pawel Filleborn and Benedetto Mondello, Asian Federation Vice-President Bader Boodai, Executives: Wanda Tierney, Marco Bosco and Dr. Wolfgang Schober. This Opympia Amateur is second it this year’s series, after Olympia Amateur Kuwait held in May. The next will be Olympia Amateur Latin America in Mexico at the end of this month.
In the list of competitors nominated by National Federation we can see athletes from 38 countries and 5 continents. Among them many top IFBB international stars who will battle for the IFBB Pro League Pro Cards. Where the most exciting and spectacular battles can be expected?
Men’s Bodybuilding

80 kg category: the latest Arnold Classic Brazil runner-up Antonio Inacio Santiago (Brazil) will meet the 2010 European champion and 2013 Arnold Europe winner Jonatan Reverte (Spain), who was the 1st Olympia Amateur champion in 2011 in London and will try to recapture the title. Then his team-mate and the next very demanding bodybuilder: the current European champion Alberto Galan. Then 2012 Olympia Amateur winner Mohamed Alrashed (Kuwait). Incredible set of champions!

Over 169 cm class: next meet of the 2014 Arnold Europe winner and World Championships runner-up Kristina Nuut (Estonia) and the current European overall champion Kseniia Sheveleva (Russia) should be very spectacular. The challengers: finalists of many continental and world events: Biliana Yotovska (Bulgaria), Reet Reimets (Estonia), Mariella Pellegrino (Italy), Raquel Canton and Soraya Alvarez (both of Spain). This will be the first appearance of Sheveleva after her great victory in Santa Susanna a month ago, but she has to cover a distance of over 10.000 km from her home city of Vladivostok (far East Asia). Will she win the overall title and the Pro Card?
Women’s Bodyfitness
163 cm category: former world bodybuilding champion and current European women’s physique champion Alina Cepurniene (Lithuania) will try in women’s bodyfitness this time. Her battle against the 2012 European Junior Championships overall winner Doina Gorun (Italy), 2014 Arnold Europe runner-up Bienvenida Bevia (Spain) and 2014 World Championships bronze medal winner Margita Zamolova (Czech Republic) might be very attractive. Plus few finalists of some top international events: Roberta Visintainer and Silvia Cecchinato (both of Italy), Maria Bozinowska and Lucia Umpierez (Spain), Caroline Solano (Dominican Republic).