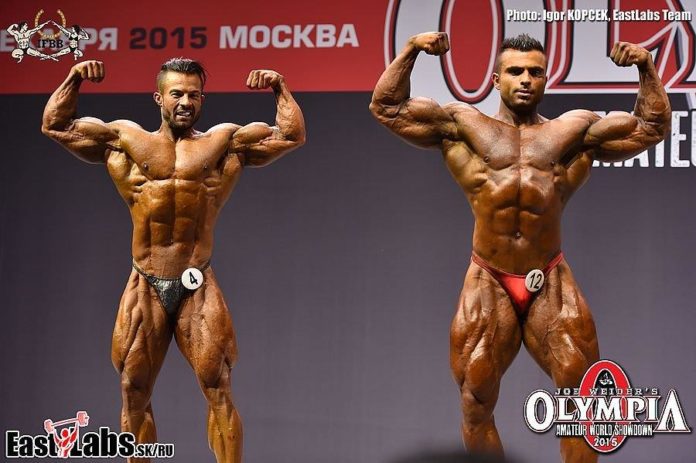 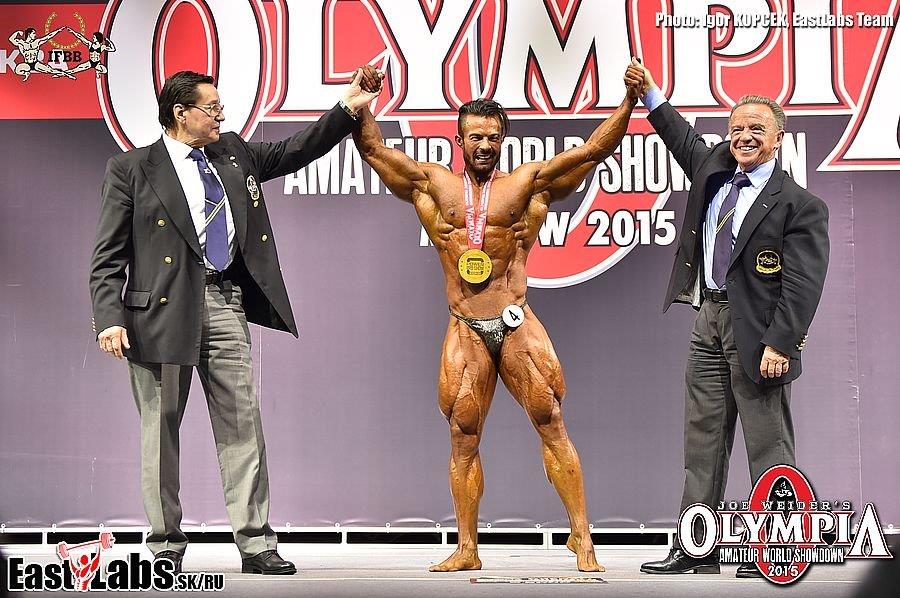 Men’s bodybuilding: this time the title didn’t go to the super heavyweight category winner but to the middle weight category (85 kg) champion Babak Akbarnia. And it was an unanimous decision of the judges panel! Watching the overall battle we could see on the stage bodybuilders with bigger muscle mass, but Akbarnia’s physique caught the eyes by its wonderful harmony, body proportions and body lines. And, of course, his top muscle quality, with Christmas tree in the lower back, was his next strong point. Couldn’t catch up with him, his opponents rather focused on the battle for the next places. Finally, two World Championships runners-up: Zoheir Mihoubi (Algeria) and Khalil Asadi (Iran) took the 2nd and the 3rd positions respectively, with Mojtaba Notarki (Iran) just 1 point behind Asadi.

Women’s bodyfitness: finally, three categories composed during the Official Registration have been combined into one open class with 12 athletes. The title clearly went to the world champion Yulia Ushakova (Russia), with the World Championships runner-up and Olympia Liverpool winner Angela Derzapf (Germany). Both girls are a “cream” of the world bodyfitness and both displayed perfect body conditions, unfortunately only one of them could be a winner and this one was Ushakova this time. She returned to the stage after two-year break, regaining the throne in the tallest class at the Worlds in Budapest, now adding the Olympia Amateur victory. Will she turn Pro or not? We need to wait for her decision.

Women’s bikini-fitness: most of the participating girls were from Russia and the champions from all three categories were Russians, so the overall battle was their internal matter. The current world champion Ekaterina Shokhina seemed to be unbeatable and has kept the crown, with Elena Skvortsova in the 2nd place. Both girls met in the same category, up to 160 cm, at the recent Russian Championships in St. Petersburg, where Shokhina was the champion and Skvortsova won the bronze medal.

Men’s physique: this is a very new sport division in Russia, with less than two-year history, called a “Beach Bodybuilding” there. In this situation many new stars appear at each next contest and such stars dominated this Olympia in Moscow. All international stars ended in their categories, so three new champions from Russia met in the overall. The best one was Nikolay Kuleshov, for whom it was his first international competition. He displayed a “classic” balanced physique, with tiny waist and “V-shaper” upper body.