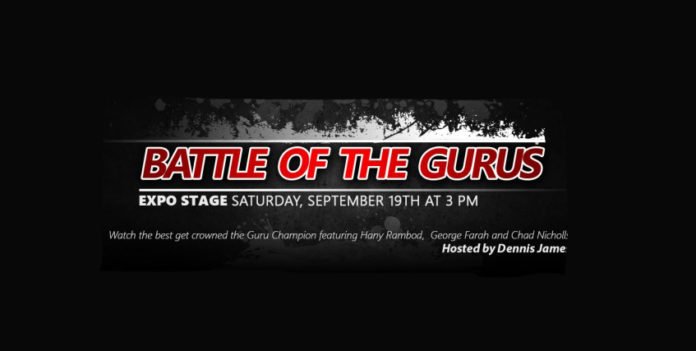 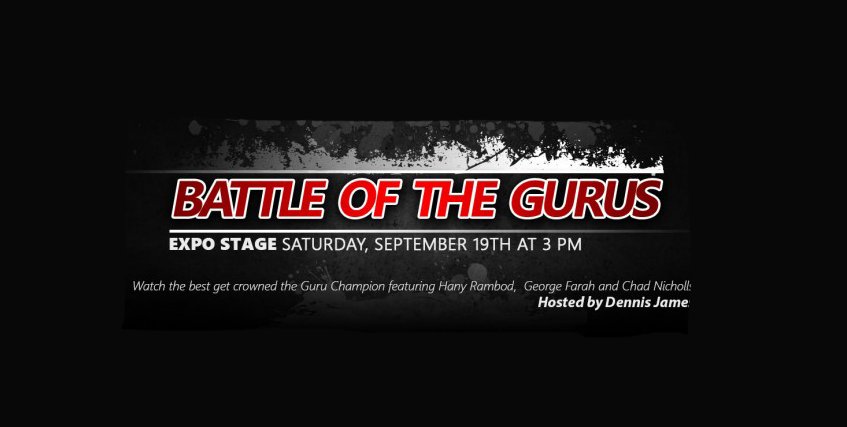 Well this is a new one… The 2015 Olympia Battle of the Gurus!! Last year we had Phil Heath and Kai Greene go head to head, now we will see three of the top Guru’s challenging each other with Dennis James taking control of everything.

Who is the best trainer/nutritionist in the industry?

Bodybuilding gurus. The experts who make sure athletes dial it in for the big moment. Each man says he is the best but who has the stones to put their money where their mouth is? Find out at this tell-all roundtable discussion at the 2015 Olympia Expo, moderated by Dennis James. Nothing is off limits! Check out this elite lineup:

Hany Rambod  – The Pro Creator is the man behind the success of reigning 4x Mr. Olympia Phil Heath. Also in his client Rolodex are Figure Olympia champ Nicole Wilkins and Olympia Men’s Physique Showdown champ Jeremy Buendia. Rambod’s clients, including Jay Cutler in 2009-10, and Jenny Lynn in 2006-07, hold a total of 13 Olympia titles between them.

Chad Nicholls  – He’s the Original Guru who started it all back in the 90s. His list of winning clients is headlined by 8x Mr. O Ronnie Coleman, and Ms. Olympias Lenda Murray and Kim Chizevsky. Nicholls boasts a total of 17 Olympia titles and 9 Arnold Classic titles with 10 legendary champions.

Which expert will walk away as the sport’s number one authority? Find out at the 2015 Olympia Expo, Saturday, September 19 at 3:00 pm on the main stage.