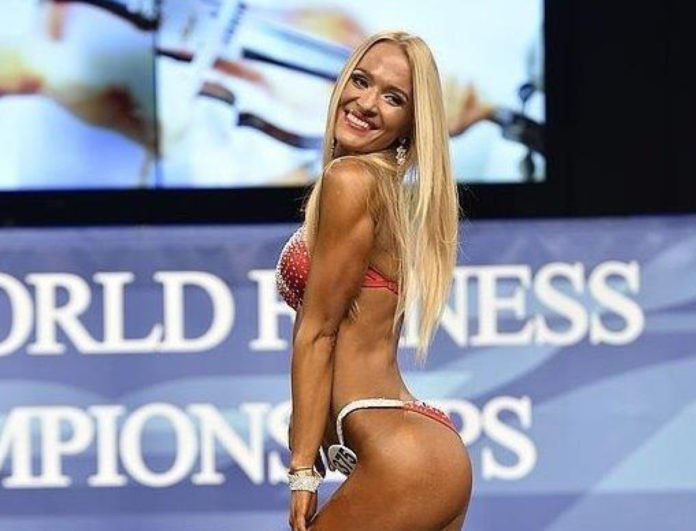 Bikini-Fitness up to 160 cm: 34 girls from 19 countries. The most successful ones are: 2015 Arnold Europe runner-up Yulia Khotkina (Russia), 2016 Arnold USA 4th place winner Krishna Kataria (United Kingdom) and 2015 Olympia Spain 3rd place winner Leiry Blanco (Spain). Also last year’s finalist (6th place) Regina Krukovskaja (Estonia). From the top 10 of the latest World Championships in Budapest: Erika Tarkulicova (Slovakia) and Nataliia Partaloha (Ukraine). Then a couple of last year’s European Championships semifinalists like Stefania Finessi (Italy) and Silwia Sobota (Poland). Khotkina could be considered a favorite but she is unstable from contest to contest, entering the medal zone or placing around 10th place. At the recent Russian Cup she took the 3rd position but won the 2015 Eastern European Championships. All other above mentioned girls are rising stars who may explode with a top condition and make a surprise.

Bikini-Fitness up to 163 cm: 33 girls from 22 countries. Interesting situation: four finalists (from 3rd to 6th places) of the latest World Championships in Budapest: Alexandra Kocsis (Hungary), Stanislava Pritrska (Slovakia), Anastasiya Kabanova (Ukraine) and Anastasiia Volkova (Russia). But Kocsis won the 2016 Arnold USA, so her condition is going up. Pritrska won the 2014 European Championships, so may dream to regain the title. Volkova placed 2nd, behind Kocis at the latest Arnold USA in Columbus. Dora Adanić (Croatia) was in the finals in 2014. Each of these girls may be the winner. The results of this super exciting and close battle will not be known till Sunday evening as Bikini-Fitness is the closing part of these Championships. And it will be a very emotional end!

Bikini-Fitness up to 166 cm: 26 girls from 17 countries. Top pretenders to final victory: 2015 World Championships runner-up and Arnold Europe 3rd place winner Natalia Rahushenko (Ukraine) and 2015 Arnold Europe and Olympia Europe (Prague) runner-up Aleksandra Mikucka (Latvia). Then two Swedish girls: World and European Championships (2014) finalist Madelen Myhr, who also won the Nicole Wilkins Championships in Lahti, but at the top contests used to place out of the top 3. Maybe will change this situation this year. Frida Sjöström won the 2014 Arnold Europe and finished 4th at the 2014 Worlds in Montreal. If returns to her top condition, may make a nice surprise. What about Kseniia Romanova (Russia)? Last year 8th place in Santa Susanna but then placed 2nd at the Eastern European Championships and won the recent Russian Cup, leaving behind other 23 girls. Next girls with some potentials and expectations: 2015 Olympia Amateur Liverpool runner-up Tímea Varga (Hungary) and 2014 Arnold Europe 4th place finisher Svetlana Lenivtseva (Moldova). If I have to point out the winner I would say – Rahushenko. She lost the world title by 1 point only (to Diana Salamon) and was really impressive!

Bikini-Fitness up to 169 cm: 31 girls from 20 countries. This time there is one great superstar and clear favorite: Oksana Brygidyr (Ukraine). Winning 2015 world title, European title and Olympia Europe (Prague) she didn’t lose any contest in 2015 and is not going to lose her next performance! She is very stable, very professional, very self-confident. Top quality!

The most demanding opponents, two Slovak girls: European Championships runner-up and the Worlds finalist Valeria Marcisovska as well as 2014 Worlds finalist Jana Milova. Marcisovska is the only athlete who managed to be tied with Brygidyr (10:10 at the 2015 European Championships), so who knows… Their battle should be extremely close and spectacular! Then, two-time continental championships bronze medal winner Reet Reimets (Estonia). Will she add the third “bronze” to her collection or… improve a bit? Matilde Biagini (Italy) was in the finals of 2015 Arnold Europe, while Anna Borovikova (Russia) was a dark horse at the latest Russian Cup (won it) and may play the same role in Santa Susanna.

Bikini-Fitness up to 172 cm: 20 girls from 15 countries. At the top, the next tough battle: Ekaterina Lapteva (Russia) vs. Mariia Kvasnikova (Ukraine). At the previous European Championships Lapteva placed 2nd, just 3 points ahead of Kvasnikova but at the Worlds in Budapest Kvasnikova finished 3rd while Lapteva dropped to the 6th position. However, Lapteva also won 2015 Arnold Europe (over 27 girls) and the recent Russian Cup. Then two stars from Slovakia: Veronika Gulasova and Saskia Cakoci. They are almost equal: Gulasova placed 3rd at the 2015 Arnold Europe while Cakoci finished 4th at the World Championships. At Olympia Prague Gulasova was the winner, 1 point over Cakoci, in Lahti Cakoci was 1 point better than Gulasova. Who can predict the result of their next meet? You can play “heads or tails”. And what about Daniela Bečková (Czech Republic)? Surprisingly won 2015 Olympia Spain. Is she ready to repeat this achievement?

Bikini-Fitness over 172 cm: 26 girls from 17 countries. Last year’s European Championships overall winner Kseniia Sheveleva (Russia) is coming to repeat her success but it will not be an easy task. Later on Sheveleva lost many contests to Olga Putrova and Olivia Pohankova; however, neither Putrova or Pohankova comes to Santa Susanna this year. So, there will be no danger from this side but there will be one new demanding opponent: 2014 world junior champion and World Cup winner Yevheniia Suprun (Ukraine) and a couple of other girls who used to place in the finals of the biggest international competitions: Helga Stibi (Ireland), Veronika Serzante (Latvia) or Shirley van den Bos (Netherlands). Maybe, one of them improved so much that will be able to challenge Sheveleva? The situation on the stage may develop in an unpredictable direction.

Master Bikini-Fitness open class: the biggest category at these Championships with 41 competitors! Frida Sjöström (Sweden) comes to regain the title but other famous stars like Ana Lia Hernandez (Spain), Liz Richardson (United Kingdom) and Elsa Pena (Portugal) will try to stop her.

More photos can be seen HERE