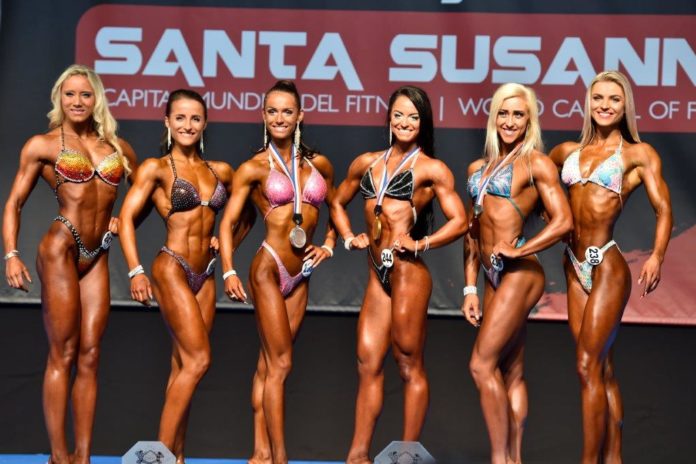 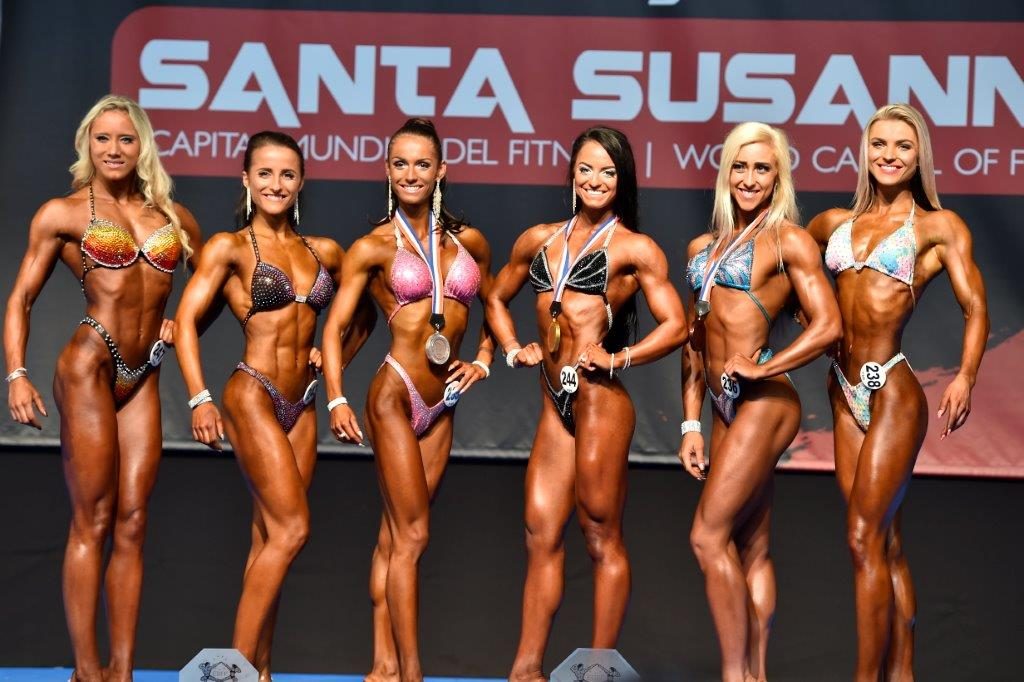 Saturday was the longest day at this year’s European Championships, with stage performances from 09:00 to 22:07 hrs and no break! Judges and key officials were provided with a catering food and it was OK, but mentally we all were a bit exhausted, focusing on the stage presentations for nearly 13 hours. But it is a reality of the current IFBB shows with around 1000 competitors! This number was something unimaginable even 5 years ago. Who could expect so big physique sports boom? Over 150 000 gyms and fitness centers over the world produce thousands of competitors and – taking into account tremendous progress in training and nutrition sciences – a lot of them are able to reach the top sport quality what is clearly seen at these Championships in Santa Susanna.

The day started with women’s and men’s fitness routines, what is especially spectacular. Almost all routines were very carefully choreographed but some of them was extraordinary creative and innovative. Routines performed by Evgenia Mishchenko (Russia), Tatiana Kozuchova (Slovakia), Endla Vaher (Estonia), Nazar Kharkhun (Ukraine) or Aleksandr Abramov (Russia) were artistic and impressive, showing the virtuosity of the performers.

After the exciting spectacle created by fitness stars, the stage was taken by masters in achieving body perfection i.e. women’s bodyfitness athletes. Three gold medals went to new, rising stars: Eva Berenguer (Spain), Irina Topoleva (Russia) and Anna Nawrot (Poland). But the tall class gold medal and the overall title went to a renown champion Maria Hasselmark of Sweden, who won the 2014 world title in Montreal, Canada, but then failed to maintain this position at other contests. Now regain the throne in a great style!

The other successful “comeback” in Men’s Physique. Not so far ago, at the 2015 World Championships in Budapest, Andrea Mosti (Italy) and Dennis Johansen (Norway) were considered too muscular and pushed down to the last two places. Now returns with a bit corrected bodies and took the top two places in up to 178 cm class. In Women’s Physique two World Championships medal winners: Andrijana Dabic (Austria) and Mariia Akizhanova (Ukraine) were “surprised” by a new star from France Barbara Menage, who later on won the overall title as well.

Complete results of the 3 days.