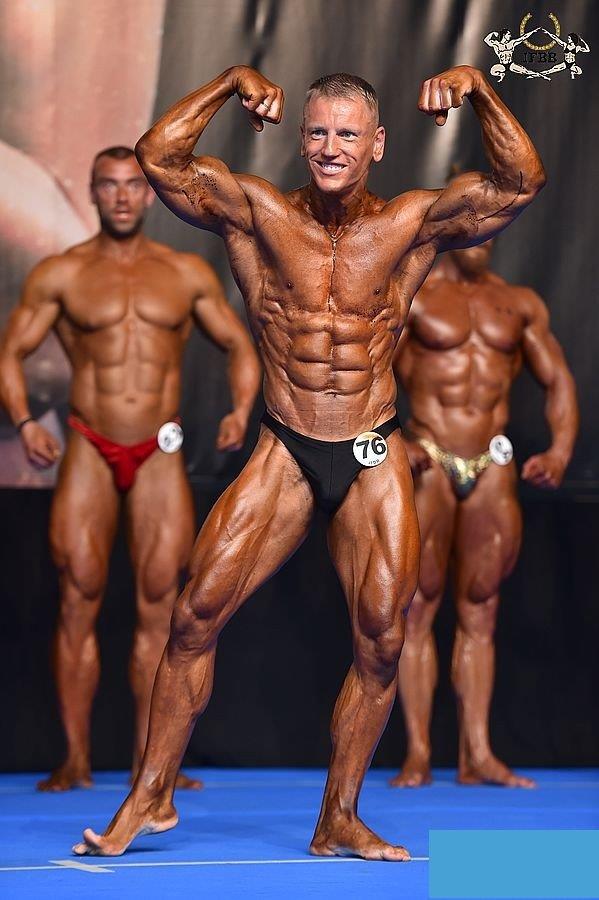 Once again, Spanish Mediterranean resort of Santa Susanna will be the European Fitness and Bodybuilding capital at the beginning of May, hosting this year’s European Championships. Plenty of hotels located along the Paseo Maritimo Street will be our base and the well-known Parc Colomer Sport Center wil be the venue site. As the event combines seniors, juniors and masters championships, it will take nearly the whole week and will start with the EBFF Executive Council Meeting on Tuesday evening (May 3rd, 2016). Wednesday will be the arrival day, included hotel check-in, official athlete registration (10:00-21:00) as well as the team managers and judges meeting (17:30).

The IFBB Judges Committee, statisticians, Press Commission, organizing team and others will work during the night to make everything ready for Thursday morning. The day will begin with the annual EBFF Congress and from noon the battle on the stage will start. And will last till Sunday evening. Monday, May 9th, 2016, is a departure day.

The competition will be run in blocks of categories of the same division. It means that elimination rounds, semifinals and finals of one division, e.g. women’s bikini-fitness, will be run from the beginning (eliminations) to the end (victory ceremony and the overall category). The only exception is fitness, where four rounds are needed, so they will have semifinals one day earlier than the finals.

Men’s Classic Bodybuilding will have 5 senior’s (open) categories plus 1 junior open class and 2 master’s categories. Altogether 8 categories with over 100 competitors and many top stars among them.

Classic Bodybuilding up to 171 cm: from among the last year’s medal winners only Peep Reinart (Estonia) who finished third will come. The champion, Fernando Gornals (Spain), is not coming, silver medal winner Tomasz Laszko (Poland) lost at the national qualifying contest. Among the others we can see 2015 Arnold Europe semifinalist Pedro Ortega (Spain). Altogether, 13 top national athletes from 9 countries will be fighting for medals.

Classic Bodybuilding up to 175 cm: nobody from the last year’s top 6 but other renown athletes will compete. Among them, returning to the stage 2013 European champion Patrik Stiglic (Slovakia), who will try to regain the title. Then, two-time (2008 and 2009) world junior classic champion Lukas Topinka (Czech Republic). Now matured and more muscular, will show his full potential fighting against top seniors. Antonio Ludovico (Italy) is a former runner-up (2013). Started this season very early, at Arnold USA, scored out of the top 6, so will try to show his real power this time. Josep Mayoral (Spain) placed 6th at the 2015 World Championships and may dream about the medal zone this time. Last year’s 10th place winner Cristian Fekete (Romania) will try to improve his position and get to the finals.

Classic Bodybuilding up to 180 cm: from the last year’s finalist only 6th place winner, legendary Imre Vähi (Estonia), who promoted the “classic” version of bodybuilding even before it started, performing in “men’s body-fitness” (3rd place at the 2005 European Championships in Brasov, Romania. With over ten-year competitive history, still in a top condition and ready to surprise much younger champions. But this time the favorite is someone else: 2015 World Championships and 2015 Arnold Europe 4th place winner Antonio de la Torre (Spain). He is still improving and may aim at the continehtal victory. Then, last year’s European Junior Champiopnships bronze medal winner Patryk Jaskiewicz (Poland), who will debut among seniors. A week ago he won Polish Nationals, showing perfect body condition.

Classic Bodybuilding over 180 cm: the longest line-up with 19 competitors and the biggest sensation: last year’s European champion and World Championships runner-up in the up to 180 cm class (he was measured 180 cm tall) Hubert Kulczynski (Poland) has moved to this class from the beginning of this year. And already won the 2016 Arnold USA in Columbus, Ohio. With perfect body lines and muscle quality he may be considered a favorite but will have very demanding opponents. First, the top world classic bodybuilder from around 2010, Cristian Perez (Spain), who won many medals at the European and world championships between 2007 and 2010. Impressive, great comeback could be expected. Then, the next Polish star Jacek Ratusznik, who finished 5th at the 2015 Worlds and Arnold Europe as well as 4th at the 2016 Arnold USA. Young, combative, hungry of success. Then Zack McGuirk (United Kingdom) who has been climbing up in the hierarchy, taking the 2nd place at the 2015 Olympia Amateur Liverpool.

Junior Classic Bodybuilding open class: two last year’s medal winners: Jakub Szczerba (gold) and Patryk Jaskiewicz (bronze) are no juniors now but the silver medal winner Calle Bolund (Sweden) will have open doors to the top. He will have at least one very demanding opponent: 2015 world junior bodybuilding (up to 75 kg) champion Tomasz Marzec (Poland), who, following the national coach advice, will try in the classic version of the iron sport this time. Weighing around 74 kg, it will be no problem for him to get the classic bodybuilding weight limit. The other well-known top junior is last year’s finalist Emre Özkaram (Turkey).

Master Classic Bodybuilding 40-49 years old: 14 athletes in the list, with Antonio de La Torre (Spain) as a clear favorite. Surprisngly, other names are less-known.
Master Classic Bodybuilding over 50 years old: 8 athletes, with the current world champion Johnny Grape (Sweden), 53, who won the 2015 world title in San Salvador with perfect scores! Then, last year’s continental championships bronze medal winner Raymond Cassar (Malta), 54, and 4th place finisher Timo Kiviniemi (Finland), 55. Moreover, legendary 62-year-old Giancarlo La Piana (Italy), who can still compete against seniors (6th place last year). Older bodybuilders are admired by fans. One of them wrote in the net – ”This is what real inspiration and goals look like. This stuff is easy in your youth, but carrying this level of commitment into the second half of your life is where it’s at.”
Coming to the Parc Colomer Sport Center in Santa Susanna on Thursday, May 5th, at noon, you will be able to see all classic bodybuilders (juniors, masters and seniors) as it will be the opening part of the 2016 European Championships!