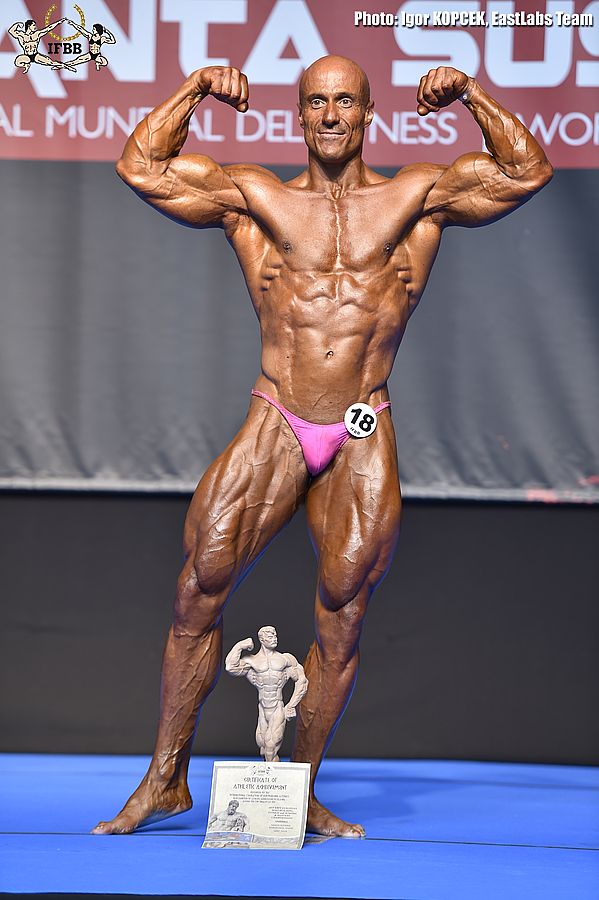 Thursday was the first day of the battles on the stage but it was begun with the annual IFBB Congress held in the Aqua Onabrava Hotel. Just after the Congress buses took all delegates to the venue: Park Colomer Sport Center, when at noon the Championships was officially declared open by IFBB President Dr. Rafael Santonja.

After them, the five classic bodybuilding open classes were run, ended with the overall category battle. Then, we saw bodybuilding older masters, from over 50 up to over 65 age groups.

And at the end the first ladies appeared on the stage: master women’s bodyfitness two age groups: 35-44 and over 45 age old. 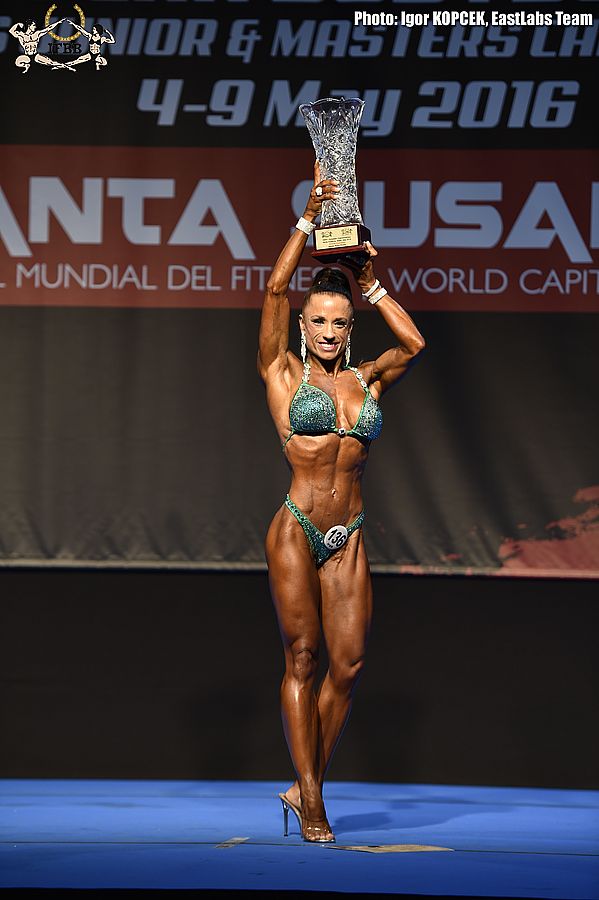 Altogether, medals were distributed in 15 categories but one competitor was the real star of the day: Huber Kulczynski of Poland won as many as three categories this day: classic bodybuilding over 180 cm, classic bodybuilding open category as well as the mixed pairs category (with Natalia Kordus). He was the last year’s champion,moving from 2 nd place after doping test results but now he received his medals and trophies on the stage and had a chance to listen to his national anthem.

Who were the medal winners see form the attached photos.

Complete results of the the first day