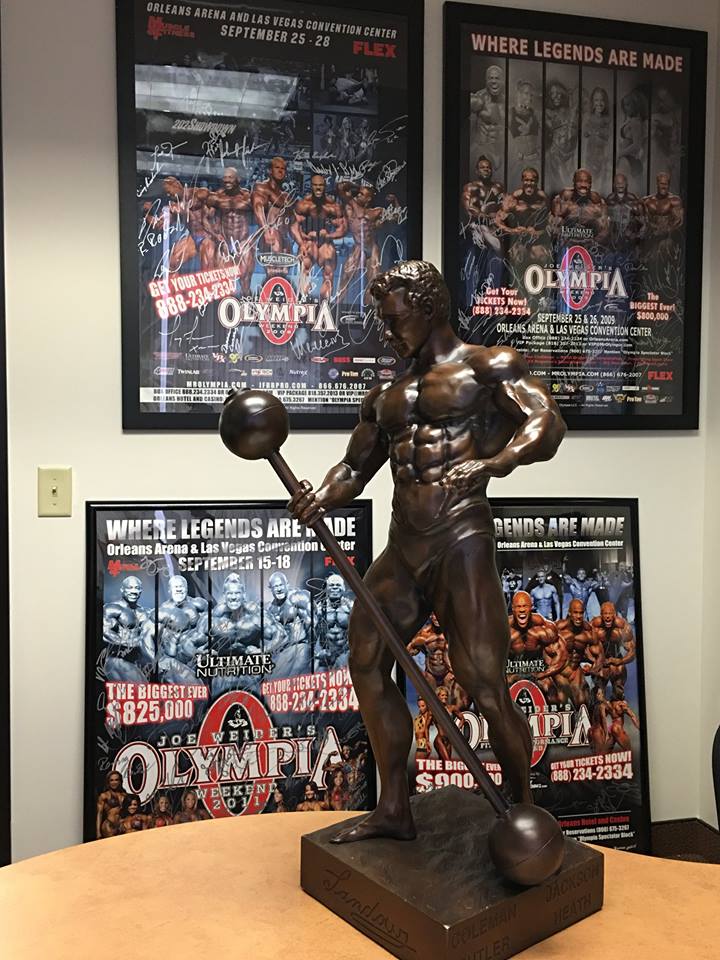 Winning the trophy is the dream of every pro bodybuilder and till today on 13 have been lucky enough to win this title.

Well, Mr. Sandow looks like he has been hitting the gym, as the trophy looks more muscular and up-to-date.

“At the peak of Sandow’s career, he was more muscular than the original Sandow statue…we wanted the trophy to be a closer reflection of the current physiques.” said Robin on his personal Facebook page.

The trophy looks great and we must say well proportioned. A bigger chest, abs look fantastic and looks like Mr. Sandow did some heavy squats.

Getting serious. It looks beautiful and well done to the designer.

The lucky winner will surely adding this trophy to their collection. It could be a first for some, the second for another or the sixth for somebody else.

All eyes will be on the Olympia this September to see the final outcome.

Well done to Robin Chang and his crew for the great work in making this one of the most anticipated contest/event each year.

Below is the actual quote of Robin change when asked why the trophy was changed. 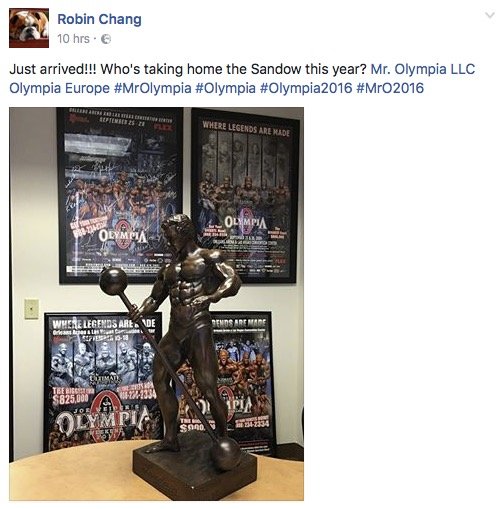