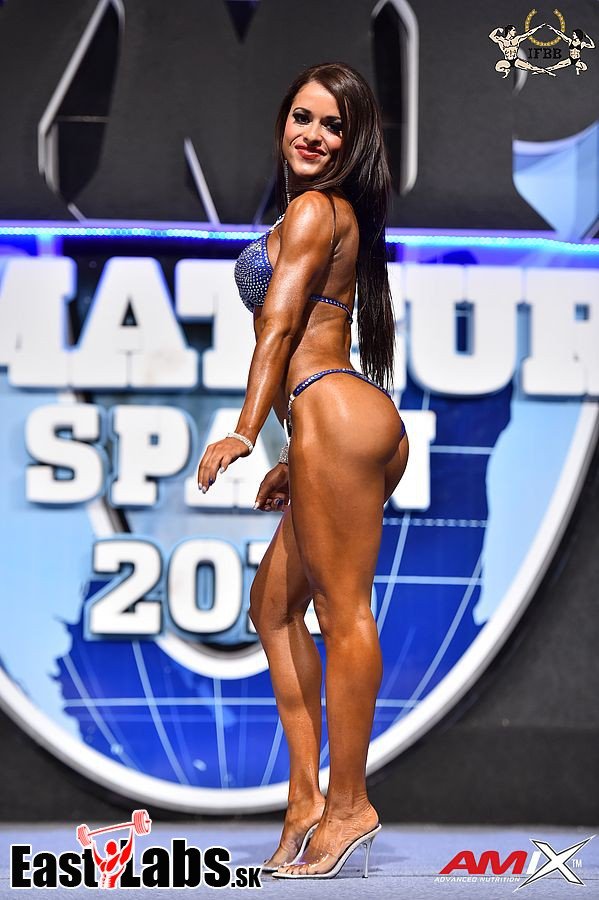 Bikini-Fitness. Nearly 100 bikini-fitness girls declared to come to Marbella. They will compete in 6 height categories, from 160 cm up to over 172 cm, so in all official IFBB categories in this division. Plus one open masters category.

Bikini up to 166 cm: three great stars with equal potentials: last year’s Olympia Spain and Arnold Europe winner Ekaterina Krasavina (Russia), 2015 South American champion Eliana Medina (Venezuela) and 2014 Arnold Europe winner Frida Sjöström (Sweden). Krasavina also performed very well at the 2016 Arnold USA (3rd place) while Sjöström and both of them won a big international competition, so both of them may win in Marbella. Moldavian star and former European Championships medal winner Svetlana Lenivteva was not so impressive in Santa Susanna (10th place) and will want to return to the medal zone this time. But there will also be two successful competitors from the latest IFBB Diamond Cup in Zilina: the winner Federica Gobbetti (Italy) and 3rd place finisher Evgeniia Krasnova (Russia). Will they be successful in the battle against more experienced champions?

Bikini up to 172 cm: the next top meet of 2015 World Championships runner-up Marina Krause (Germany) and 2016 European champion Saskia Cakoci (Slovakia). Quite recently Krause placed 2nd at the Arnold Africa in Johannesburg and Cakoci won the overall title in Zilina, at the IFBB Diamond Cup. Who will occur better in this clash of two megastars? Moreover, there are other serious candidates for the final victory: 2015 Arnold Europe winner and finalist of the World and European Championships Ekaterina Lapteva (Russia). May dream about the victory as well. Last year’s Olympia Spain winner Daniela Bečková (Czech Republic). Why not to win once again? Helga Stibi (Ireland) was 3rd last year in Spain and successfully started this season with 4th place in Columbus, Ohio, 4th place at the European Championships and 2nd place at the IFBB Diamond Cup in Zilina, losing only to the future overall winner Sandra Cakoci. She was so many times “almost” the winner, so why not to win this time? Nicole Tovey (Bermuda) will come across the Atlantic Ocean to display her great potentials. He was 3rd at the Arnold USA in Columbus earlier this year. So many stars in one category! Not so often we can see such group of stars,

Bikini over 172 cm: one girl seems to be a favorite: 2015 Olympia Liverpool winner and 2016 European Championships runner-up Catharina Wahl (Norway); however, she used to compete in the up to 172 cm class, being measured 171,8 cm tall. This time she has been entered in the tallest class. Official measurement in Marbella will clear this situation. If she qualifies to this class, her main opponents will be: former world junior champion and bronze medal winner at the latest European Championships and Diamond Cup in Zilina Yevheniia Suprun (Ukraine), European Championships finalist Szandra Horváth (Hungary) as well as 2015 Olympia Moscow runner-up Elena Isupova (Russia). Also two rising stars from Spain: Jagienka Kaminska-Maria and Arlene Perez. Wahl may be considered the favorite but the others may have an appetite for the final victory also.

As we can see from this analysis, there will a couple of bikini superstars, many stars and a lot of rising stars. In most of categories an exciting, close battles can be expected and, as usual, some surprising results, what often happens in the bikini-fitness division, when details of the body are not so important factor compared to overall body lines, grace and attractive stage presentation.