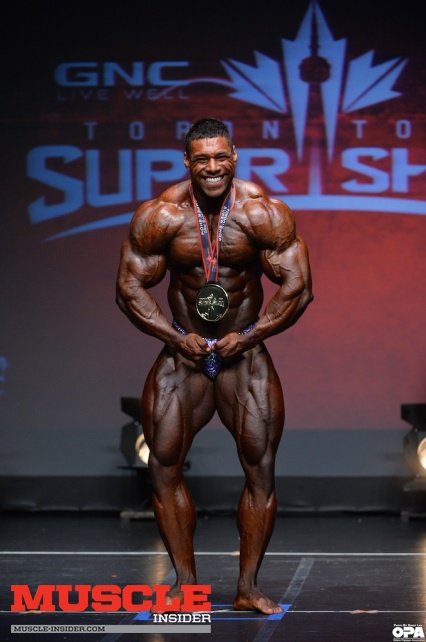 The 2016 Toronto Pro Supershow took place this weekend and the results are in.

Nathan DeAsha was the man to finish on top in the Men’s bodybuilding open class. He was followed by Maxx Charles and Fouad Abiad who finished third.

In the Men’s 212 class, Alejandro Cambronero finished in first place. Zane Watson gave the home crowd something to cheer for as he finished in second while Kim Jun Ho of Korea placed third.

Further results to be posted soon.

Photos and Results by Muscular Development