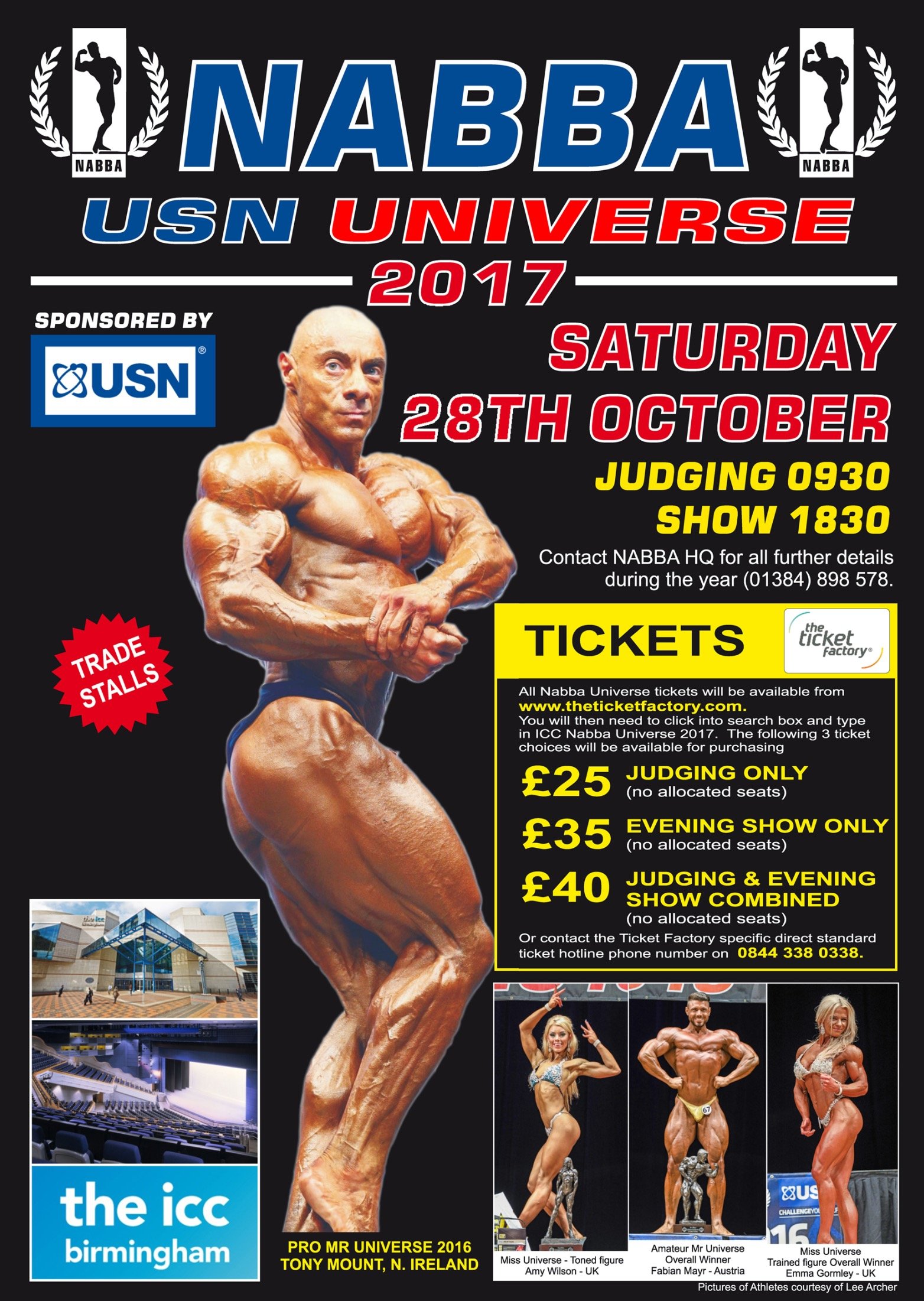 The best athletes will be competing against each other for one of the most prestigious titles in the history of bodybuilding.

All NABBA Universe tickets will be available from www.theticketfactory.com
(the link will take you straight to the tickets page)

History of NABBA
NABBA is the first and the original competitive bodybuilding association. Formed in 1950, NABBA’s first Mr Universe contest was won by Steve Reeves, who went on to make over 30 Hercules movies. Top bodybuilders who won the Mr Universe title include Reg Park, Bill Pearl and Arnold Schwarzenegger (four-times winner).

The late Oscar Heidenstam was appointed Secretary in 1956 and continued to drive NABBA forward for more than 30 years. At a meeting in London in 1984, NABBA International was formed and became host to the European & World Championships. This branch of NABBA is now supported by more than fifty countries.

Today, there are nine elected area reps covering England, Scotland, Wales and Northern Ireland and they are members of the NABBA council. Each area holds a qualifying event, which leads to the Annual Mr & Miss Britain Finals. This in turn becomes a qualifier for the European and Universe Championships. The Universe contest gets stronger every year – at the last Universe, representatives from 36 countries took part and a total of 151 athletes competed. 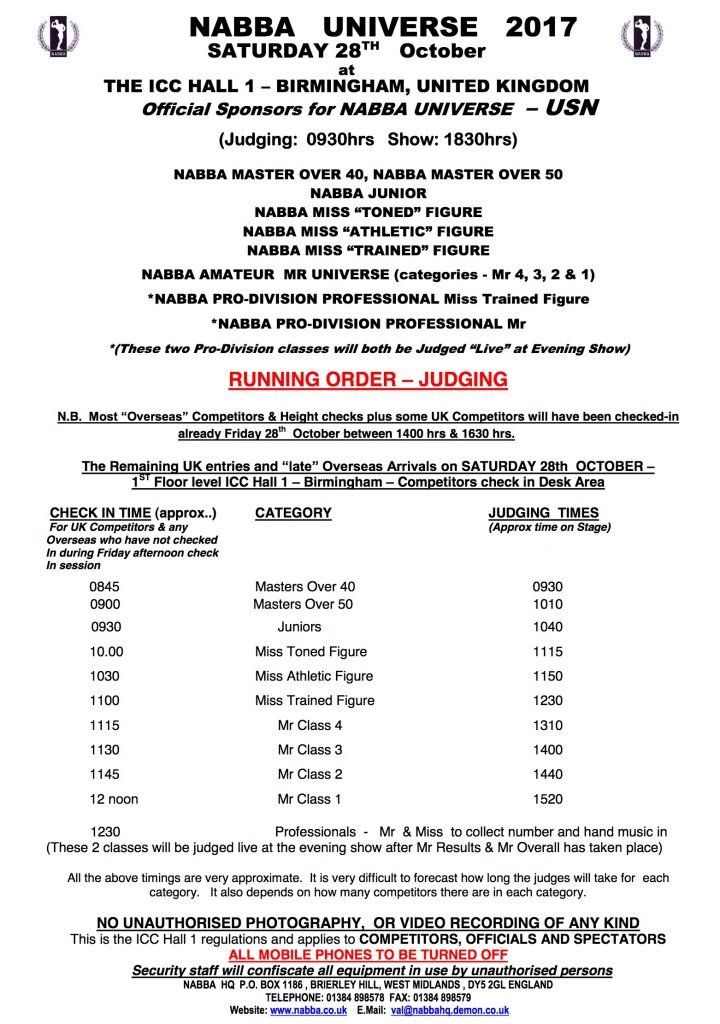 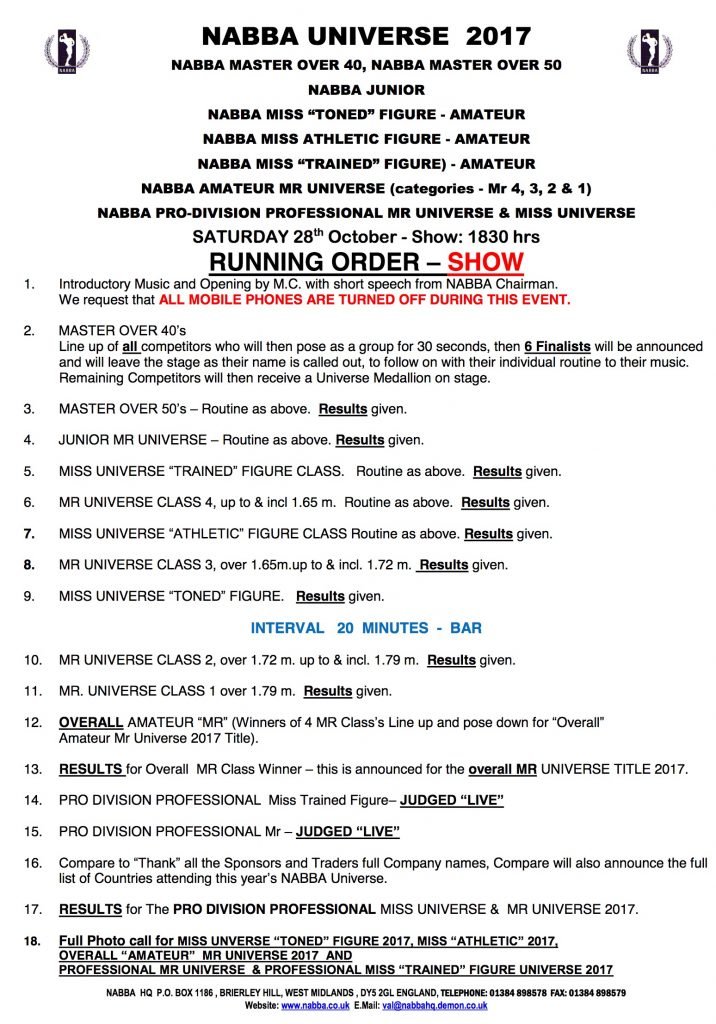