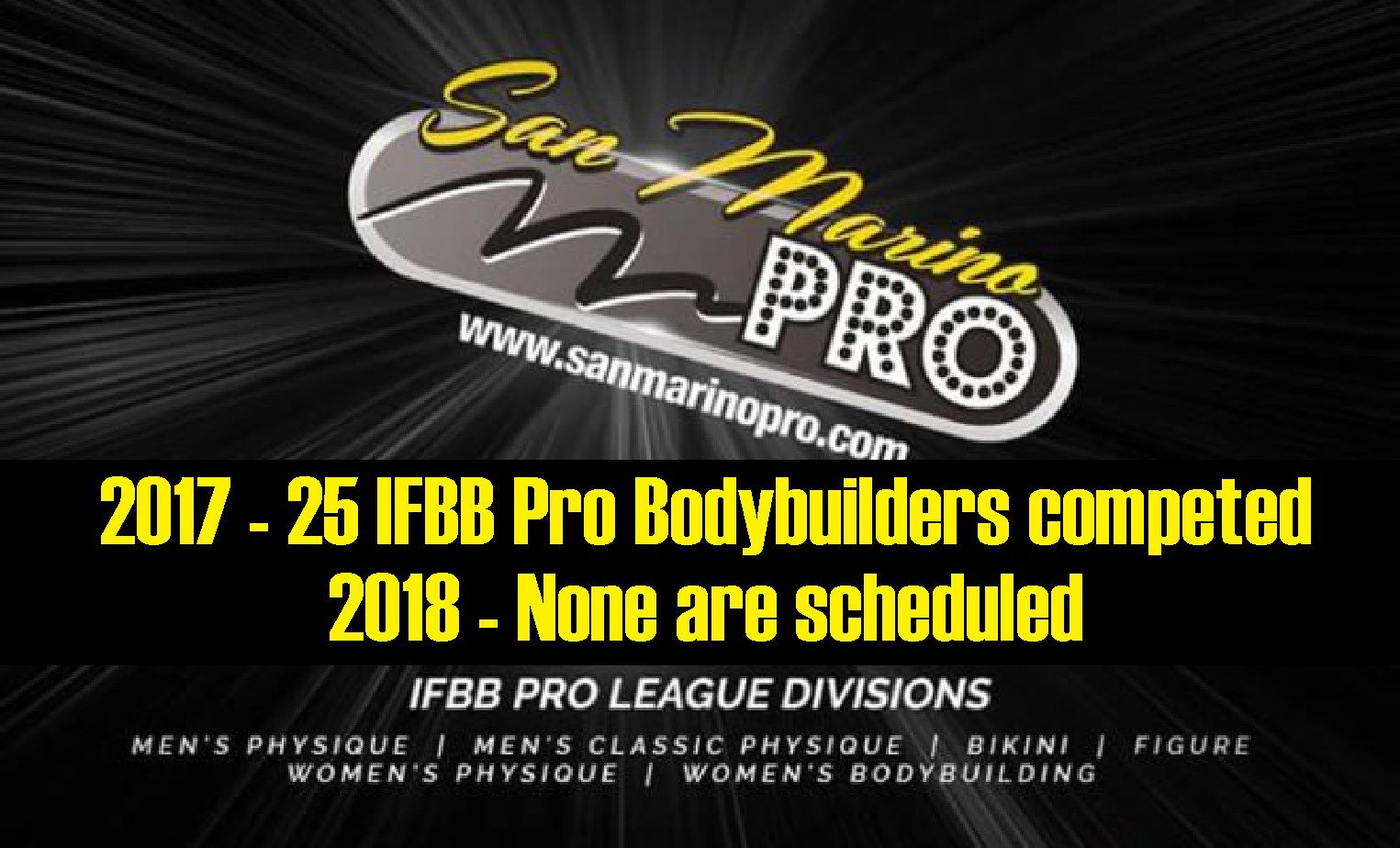 The official competitors list has been published for the 2018 San Marino Pro organized by the IFBB Pro League.

Cedric McMillan was the winner in the 2017 edition of the show when the IFBB Pro League was still affiliated to the IFBB.

The San Marino pro will also be hosting the Ben Weider Worldwide Classic in the same weekend. A competition that will hand out IFBB Pro cards to the overall winners. In the amateur competition there will be various classes of bodybuilding.

One major event is missing from the IFBB Pro show and that is bodybuilding. In 2017, 25 athletes competed in the bodybuilding open bodybuilding class.

As of writing this article on May 31, 2018, no indication of bodybuilding was known to be added to the pro show. The competitors list was published on 28 May, 2018.

22 competitors from outside of the USA competed with the majority from Europe and the other three from the USA.

After the split from the IFBB, the IFBB Pro League have been on a aggressive campaign to organize competitions in other parts of the world and especially Europe.

What happened to all the European IFBB Pro’s that can easily make the trip to San Marino?

Was it bad timing to organize the show with the Toronto Supershow taking part in the same weekend?

The biggest class at the 2018 San Marino Pro is the Men’s Physique with 12 athletes.

You would expect the Toronto Supershow to cater to the athletes closer to  Canada and the USA and the San Marino Show having a majority of European competitors.

The San Marino in the past was a great springboard for athletes to earn qualification to the Olympia Weekend, especially in bodybuilding.

As well this was a great competition for Iranian competitors that are banned to get into America such as Hadi Choopan and other Iranian athletes to compete as they did in 2017. 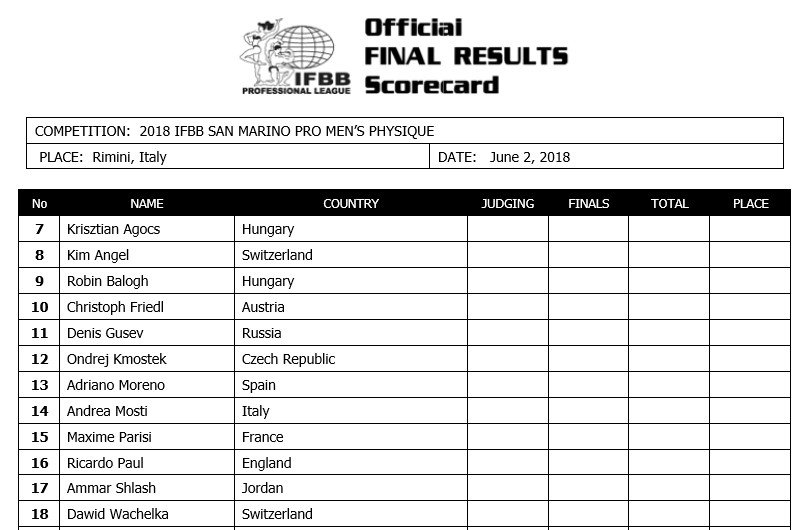