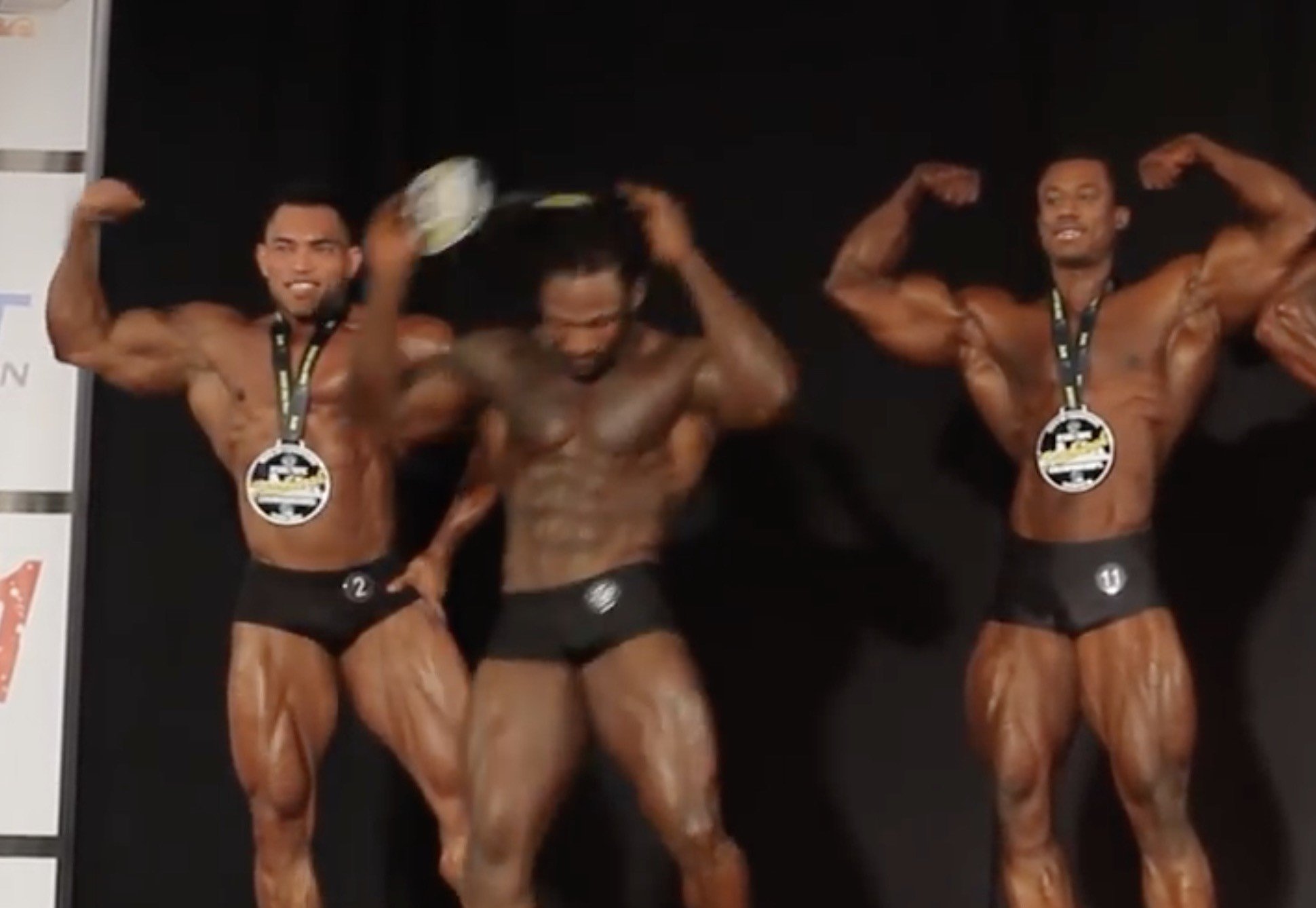 2018 Pittsburgh Pro Controversy: What did the IFBB Pro League do to discipline their athlete?

The much awaited contest of the year ended on a sour note last weekend at the 2018 Pittsburgh Pro.

As everybody knows in the bodybuilding and fitness world,  IFBB Pro League President Jim Manion is the man who runs this contest.

The top bodybuilders in the IFBB Pro League make the trip to guest pose as well. It is very strange why a bodybuilding pro show is not held at such big contest. Bikini, Figure, Men’s Physique and Men’s Classic Physique were the categories for the contest.

Getting back to the subject of ending the contest on a sour note, we take a look at the Men’s Classic Physique class.

Competitor Divine Wilson placed second to Steve Laureus. The events that occured as the awards were being called out was very disgusting for such a show, especially when the IFBB Pro President is back stage watching his own show.

Divine Wilson immediately removed his medal and did not even look into the face of the winner Steve Laureus when he offered to shake his hand as any sportsman would do.

As this was not enough. Divine Wilson, kept his hand down, ruining the photo opportunity for the photographers, only to then make one pose before he removed the medal again and walked of the stage to the boo’s of the fans.

The top three photo was not even taken.

After the show, Divine Wilson did come out to apologize, but this was basically for nothing after he ruined the atmosphere and showed what a sore loser he is. Bob Cicherillo tried to smoothing things out, but it fell on deaf ears.

Obviously with the Jim Manion back stage, most probably he forced the athlete to come out and apologize. Is this the only discipline this athlete had to suffer, apologizing to the fans and competitors. He did not come out and raise the hand of the winner in victory.

The big discussion after the show on a number of major websites was that he should of won, but this is not the problem. The judges scored it that way and Divine had to accept the result.

A number of former competitors revealed their disgust when they saw what happened as well after the show. They all said that regardless of what Divine Wilson thought of his result, he had no right to do what he did.

A year ago, Giannis Magkos, a Greek bodybuilder slapped a very high ranked official within the IFBB at a contest. Yes, the incident was much worse than what occurred in Pittsburgh, but the Greek athlete immediately received a life ban from the IFBB for his actions.

The IFBB International have rules just as any other serious organization. FIFA, NFL, NHL, NBA, UEFA, FIA and other major organizations all have rules that have to be followed. A major part of these rules are there to discipline the athletes if they step out of line.

Evolutionofbodybuilding.net has just arrived back from the 2018 IFBB European Congress where the committee to run the sport for another four years was voted for by over 40 affiliated European countries. A number of subjects were discussed during the congress.

Rules are even applied to posing. All front, side and back poses all have to be the same, if not a official on stage will correct you. All athletes have to be seen equally.

When was the last time a congress or even a simple meeting organized by the IFBB Pro League? How are the rules managed and amended? Are new rules and amendments voted on?

Many people in the organization that lean towards the IFBB Pro League have talked very negatively about the IFBB and IFBB Elite Pro League regarding the way things are run. But in reality, it is not run by one man, it is run by over 196 affiliated countries that meet to discuss everything that is needed. Rules have to be followed to keep everything running smoothly. Every serious sport has rules to be followed.

The funny thing in all this is that the same rules and regulations that the late Ben Weider had a big part in creating is being bashed by many IFBB Pro League supporters.

Over 1000 athletes competed at the 2018 IFBB European Championships in May 2018 and every single athlete showed maturity and great sportsmanship. Maybe some did not agree with their placing, but they all acted in a perfect manner congratulating each other.

A number of athletes have left the IFBB International to compete with the IFBB Pro League/NPC thinking the grass is greeneron the other side… but many have come back.

So, will Divine Wilson be disciplined? Or will he just get a slap on the wrist and continue to compete to get his Olympia qualification? 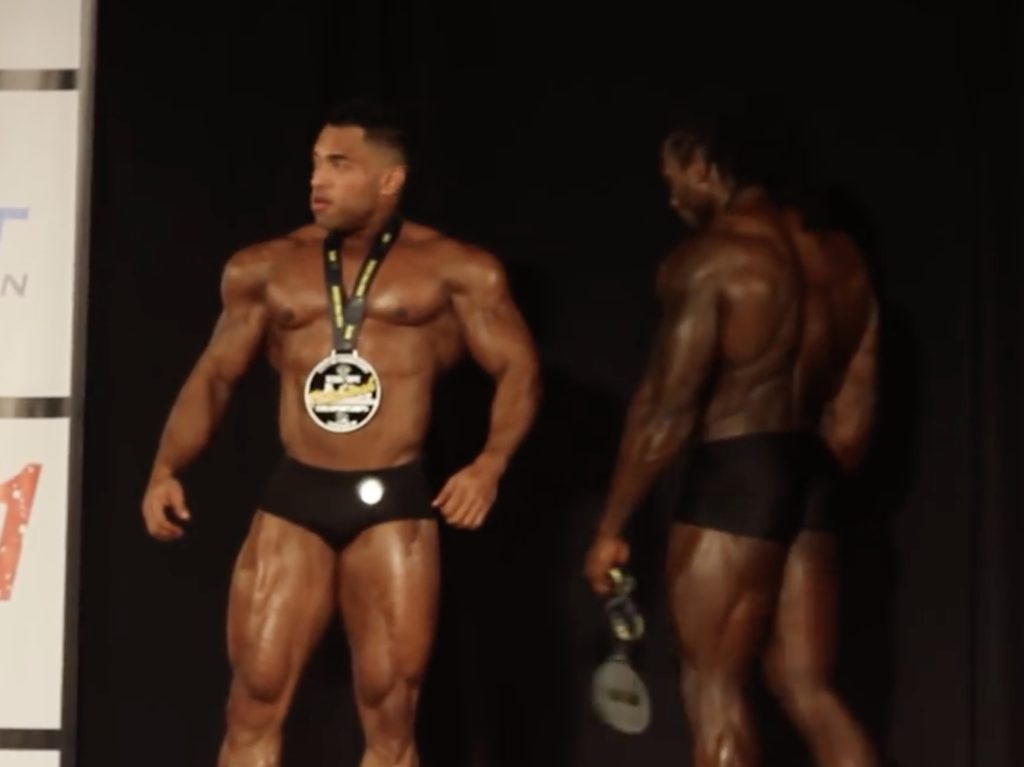 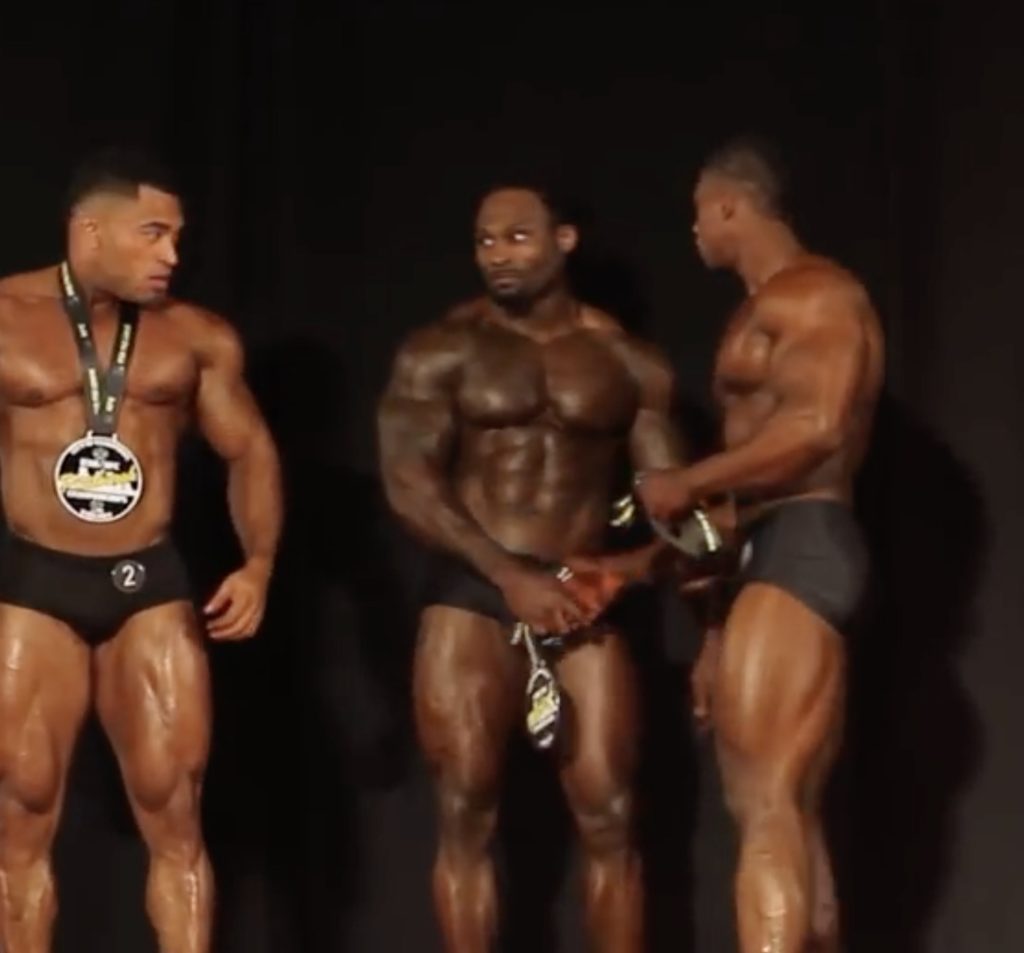