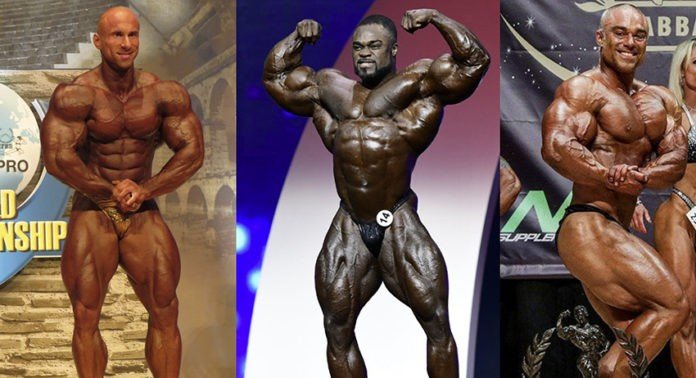 2019 REVIEW: A year of success and drama in the bodybuilding world.

The 2019 bodybuilding and fitness season is soon coming to a close.

Technically, contests are already taking place with qualifications and points that go towards the 2020 season.

The 2019 season was a fantastic season that produced a lot of drama for bodybuilding fans and as well new champions crowned across a number of federations.

Evolutionofbodybuilding.net will not just focus on the NPC/Pro League, but we will review the main events within the IFBB, IFBB Elite Pro, NPC, Pro League and NABBA.

The IFBB and IFBB Elite Pro season was another success with a number of historical events.

The IFBB continued their growth by organizing fantastic amateur events in a number of countries outside of Europe.

The best male amateur bodybuilders in the world made the trip to Fujairah to compete in one of IFBB’s most prestigious contests.

Mehdi Arzeshmand from Iran was the winner of the prestigious Men’s Bodybuilding Overall title. Close to 700 athletes from all over the world competed in this event.

Another massive show was the the second edition of the 2019 IFBB Belt and Road Elite Pro Qualifier and Pro show took place in Xi’an,China between the 10-14 October 2019.

The IFBB committee in China proved again that they can organize the best shows in the world. It is truly a sight to see. The event was such a success, IFBB President Dr. Rafael Santonja decided to organize the 74th IFBB World Amateur Championships to China in 2020.

With some IFBB affiliated countries organizing close to 400 amateur regional shows, the number of shows run into the thousands all over the world, confirming that the IFBB is the biggest amateur bodybuilding and fitness federation in the world.

The 2020 season is already looking to be packed with numerous shows each week. The IFBB Diamond Cup series od events will continue to be the most popular Elite Pro qualifier. the biggest shows to look forward to will be the 2020 IFBB European Championships and IFBB World Championships.

The IFBB Elite Pro League also had an exciting season in only its second year since its birth.

A number of athletes continued their dominance such as Dmytro Horobets who continued his dominance in the Men’s Physique division. Dmytro was crowned IFBB Elite Pro World Champion for the second successive year.

The Wellness division continued to be dominated by Brazil’s Angela Borges as she defended her title for the second successive year. Angela was unbeaten in the 2019 season.

Slovakia’s Adela Ondrejovicova is another athlete that is difficult to defeat, she as well continued to dominate the Women’s Body Fitness division by ending the 2019 season as a IFBB Elite Pro World Champion as well for the second year running.

Marcel could not hide his excitement when announced the winner of this prestigious title.

The big surprise for 2019 was the dominant Michal Križo Križáne losing his World championship title. The 2018 champion lost his title to Poland’s Szymon Lada. Not only did Michal lose his title, but he was relegated down to fourth place.

Michal was not as sharp as last year and this cost him dearly.

Second place went to Ukraine’s Volodymyr Byruk. Volodymyr is another fantastic athlete improving at each competition. He will surely continue to be a contender for the top title at every show.

The big result of the evening was Mika Sihvonen’s third place result. Mike won the 2018 90kg Elite Pro World Championships and moved up to the open class. Just a few weeks earlier, Mika placed a solid second against Michal Krizo at the 2019 Arnold Classic Europe. This close decision pushed Mika to challenge Mika at the World Championships.

Mika edged past Michal who ended up placing fourth while at the same time losing his title.

Michal Križo Križánek was the biggest on stage, but he was not the sharpest and this cost him dearly with the judges.

All was not lost for Michal as he still had a very successful 2019 by winning the 2019 Arnold Classic Europe and Africa. 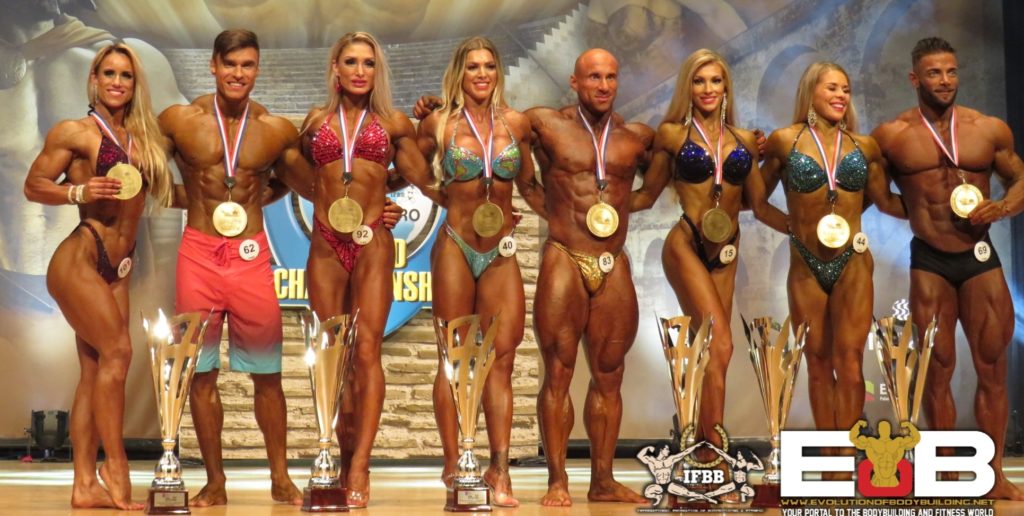 The NPC/Pro League also had a very successful year with the added drama that kept every bodybuilding fan on the edge of their seats.

The highlight of the year was the 2019 Olympia being organized by a new team.

In regards to access for the media, Dan was hands on and he made sure the media had space to work and promote the sport of bodybuilding in comparison to previous Olympia Weekend’s organized by the previous management. Even if certain media outlets did not make it to the event, Dan, made sure they were also treated equally.

The 2019 Olympia Weekend had record breaking attendance and the stage setup was fantastic.

In this review we will only cover the major events, such as the Arnold Classic’s, Olympia Weekend and New York Pro.

Brandon was already showing signs that he will be a hot contender for the 2019 Mr. Olympia title.

Juan Morel was the last man standing at the 2019 Arnold Classic Brazil from a line-up of 11 competitors. Second place went to Rafael Brandao while Akim Williams had to settle for third place.

The next big competition for 2019 was the New York Pro. This is another competition that attracts the biggest names in the sport.

After a tough battle, it would be Juan Morel’s size and definition that would earn him the victory.

Finally, all eyes were on the 2019 Olympia Weekend, but the news was not about who would be on stage, but rather who would not make it to the stage.

Defending Mr. Olympia champion Shawn Rhoden definately did not have a good year.

The signs of his downfall was his horrible appearance as a guest poser at the 2019 Pittsburgh Pro. Shawn ended up getting criticized heavily from the biggest names in the industry.

After his horrible appearance during his guest posing appearance, the main discussion was if Shawn will be ready to defend his title.

The biggest news of the year was made public in July. Shawn Rhoden was charged for rape.

This put a lot of pressure on AMI, the owners of the Olympia Weekend. The decision was taken by AMI to not let Shawn Rhoden compete and defend his title until his name is cleared.

AMI’s David Pecker was criticized heavily for this decision as many believe Shawn is innocent until proven guilty, but AMI obviously wanted to protect their brand.

Until now, Shawn Rhoden has still not competed.

To make the situation worse for Shawn Rhoden, Olymp, his main sponsor, has decided to end their working relationship.

Other events that could have possibly tarnished the 2019 Olympia Weekend was Big Ramy and Phil Heath deciding not to compete. Big Ramy was a favorite to challenge for the victory, while many wanted to see Phil Heath win his eight Sandow trophy.

A breath of fresh air was Hadi Choopan finally getting a visa to get into the USA to compete at the 2019 Mr. Olympia.

Will all the negativity, Dan Solomon and his team still managed to put on a great show.

Brandon Curry managed to defeat a line-up that was hungry for the vacant title and become only the 15th athlete to win the Mr. Olympia and bring the Sandow trophy home.

Other news that added drama to the 2019 season was Neil Hill and William Bonac splitting up as coach and athlete. The split ended up getting dirty with Bonac venting his frustration on his social media. Neil Hill had to clear his name by immediately responding and sitting for interviews with various media.

Moving over to another prestigious federation, the NABBA World, Universe and European championships are always great shows that attracts numerous athletes.

David Dahan of France, won both the Amateur Overall And Professional World Championship titles. He is only the second man in the history of NABBA Worlds to do this. Mark Getty was the first In 2014. 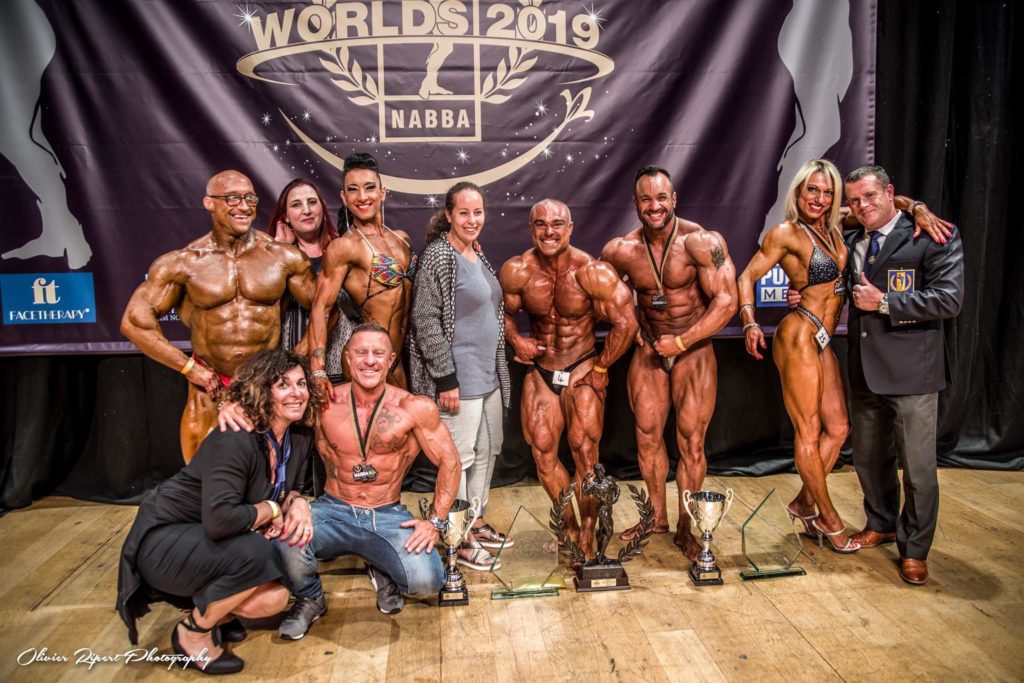 Moving over to the NABBA Universe, the Overall Amateur Mr. Universe title went to Jack Brooker from the United Kingdom. 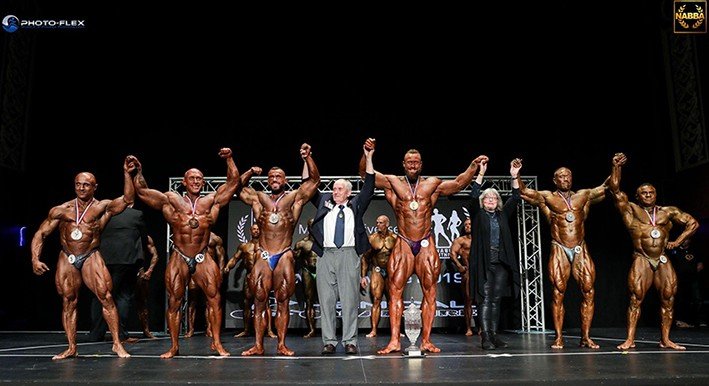 The legends that left us

2019 was an exciting year and also a year full of sadness.

In 2019, the bodybuilding and fitness world lost a number of legends such as Ed Corney, Franco Columbu and just recently Jusup Wilkosz.

Other prominent athletes that have moved on are Jeff Everson, Matt Porter, Kent Kuehn and USA Bodybuilding Champion Daniel Alexander.

As 2019 is coming to a close, we at Evolutionofbodybuilding.net look forward to a very exciting 2020 season.

We can expect a lot of drama and controversy as in previous years, especially when it gets closer to the 2020 Olympia Weekend.

Evolutionofbodybuilding.net is continuously investing in the website to make sure the reader has the best experience and gets the news fast.

As in previous years, Evolutionofbodybuilding.net will be the leader in reporting the news and results from various federations.

Do we cover controversial news? Yes we do, we will not let anybody pressure us into not revealing the truth. That is what separates Evolutionofbodybuilding.net from other media outlets.

Investigative journalism is what we take pride in and we will keep on offering this service for the bodybuilding and fitness world.

We would like to take this opportunity to thank all our readers, friends and colleagues for their support.

Regardless the federation, We at Evolutionofbodybuilding.net take pride in knowing we have close friends everywhere, built on respect.

Sometimes we agree to disagree, and that is perfectly fine. 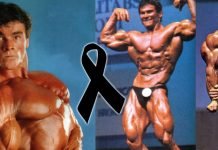 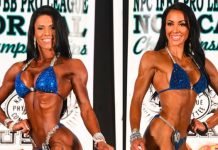 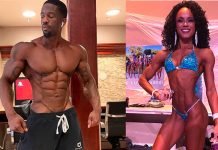