2020 Olympia Weekend to be rescheduled.

In the past couple of months due to the coronavirus, the majority of bodybuilding and fitness competitions had to be either postponed or cancelled.

The biggest contests in the world were not invincible to this.

We all saw what happened to the Arnold Classic USA and Australia.

Even the Olympia Weekend organizers are feeling the pressure and have decided to change the date of the contest and expo.

The Olympia Weekend most probably will be moved to either November or December 2020.

This news was made official by NPC News Online on their official social media pages.

A number of media outlets were discussing the possible cancellation of the 2020 Olympia Weekend, with some prominent figures in the industry assuming it will be cancelled.

A ticket holder published a message indicating that he already received a email stating that the 2020 Olympia Weekend was cancelled.

NPC News Online immediately replied stating that the contest and expo was rescheduled.

The venue will remain in Vegas.

Evolutionofbodybuilding.net will continue to keep you updated on the latest developmentw.

Below is the official post of NPC News Online: 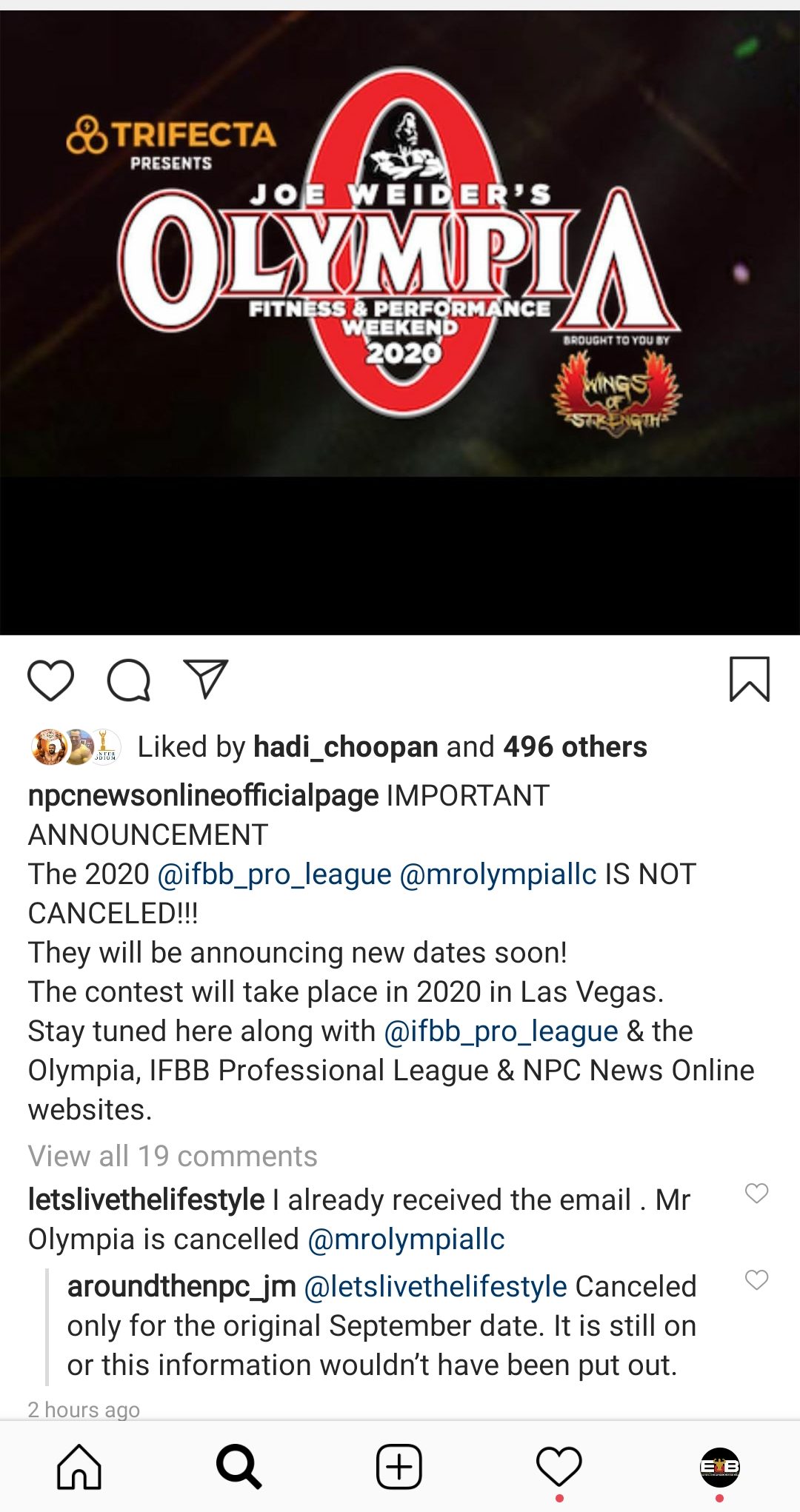