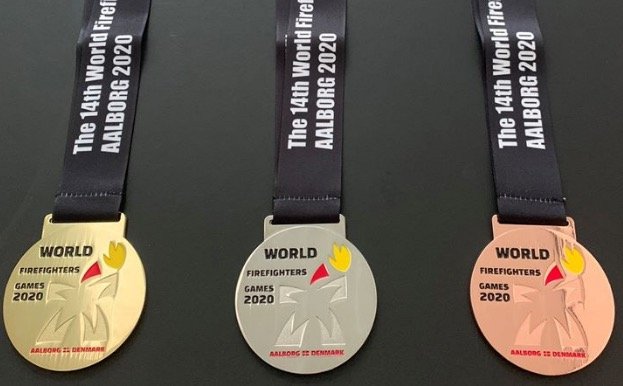 2020 World Firefighters Games to include Bodybuilding.

The 14th edition of the World Firefighters Games will include bodybuilding as in previous years.

The big event will be taking place next May 16th in the city of Aalborg, Denmark.

Being a firefighter is no easy task, the profession requires the firefighter to be in top physical condition 365 days a year.

Bodybuilding is a popular pastime for the firefighter as a way to keep in shape and also relax.

Many firefighters have been involved in bodybuilding to the point that they have become world class athletes, such as Steve Kuclo.

The World Firefighter Games is an international sporting event that welcomes all full-time, part-time and volunteer structural firefighters and bush firefighters, and aviation fire services and military emergency response personnel and their immediate direct family from all across the globe.

The event will have more than 40 sport disciplines. The full list of events can be seen here.

The event in Denmark will host 25 events. The bodybuilding competition will be directed by the experienced IFBB official Mr. Palle West who is also the President of the Danish National Federation.

Most of the tournament is organized by volunteers from local sports clubs.

Since several of the clubs have an agreement with Antidoping Denmark and WADA the tournaments will be running under the same rules and there may be doping control during World Firefighters Games 2020.

Register for the event HERE.