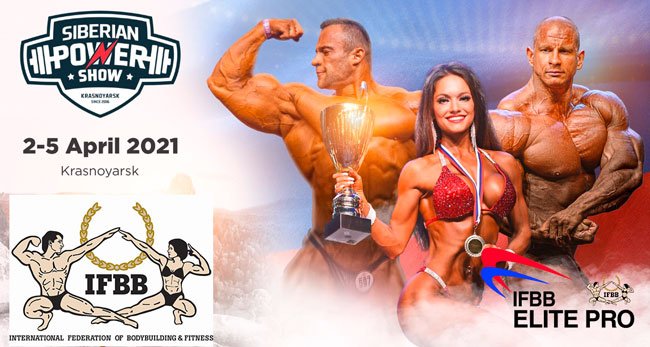 The best IFBB and IFBB Elite Pro athletes will be traveling to Krasnoyarsk city for the 2021 Siberian Power Show.

The sixth annual Siberian Power Show sports festival will take place on April 3-4, 2021. The best athletes in the world will be competing to win their share of the $60,000 prize money.

Slovakian athlete Michal Krizanek is freak of mass and condition. The multiple IFBB ELite Pro World Champion will be one of the stars competing in the Siberian Pro Show. Michal will not have a easy time, any champion can be defeated.

Russian giant Sergey Danilov, is considered to be one of the main competitors to challenge Krizanek. “Danilov has a great chance, he can win! He is improving daily!” says Andrei Skoromny, one of the most popular fitness bloggers in Russia.

The upcoming tournament will be one of the most famous in Europe in terms of the composition of participants. The strongest athletes from Europe will come to Krasnoyarsk to compete. Simon Lada, Ilya Lukovets, Alexey Kuznetsov and Kirill Nazarenko are just some of vast line-up competing. Also, 8 eight IFBB Elite pro-cards will be awarded at the amateur competition.

Yury Belkin is one of the most successful power lifters in Russia. At the end of 2020, he set accomplished another all-time record and lifted 445 kg. Yury expects that this record guarantees him to take a significant part of the $10,000 prize money offered to the power lifters. “Yury Belkin can easily win!” sports observer Dmitry Spiridonov said.

However, at least two more athletes disagree with this statement. All-time dead-lift record holder Dmitriy Nasonov and Alexander Lugovoi think differently. “I am waiting for the perfect start from Dmitriy Nasonov! I think Dmitriy will show all his power in Siberia. The competition will be overwhelming,” Andrei Lutsenko, creator of the millennial sports video channel “GoB”, said.

The legendary Mikhail Shivlyakov will perform for the first time at the strongman tournament in Krasnoyarsk. “Americans invite Michael to participate in competitions, because they know he will definitely do the show! They know Shivlyakov will go all the way no matter what!” said the creator of the video channel “GoB” Andrei Lutsenko.

This fact is confirmed by his famous “bloody” deadlift of 426kg at Arnold Classic, which has already reached more than 2 million views on YouTube.

As we know at the Siberian Festival no previous titles and merits guarantee a victory. A young Russian strongman Yevgeny Markov will be another protagonist at this event as well. He has already won the Siberian Power Show among amateurs and now he is ready to add another gold medal to his collection of awards.
“I think the victory belongs to Shivlyakov! He has incredible competitive experience, he is an athlete of the highest rank!” said the multiple title holder of the strongest man on the planet Zydrunas Savickas.

The area rented for Siberian Power Show this year is equal to eight football fields.

Such huge spaces are needed to accommodate all participants and guests for the festival, which will feature more than 30 sporting events.

Spectators of the event can also win some prizes by participating in various open sport competitions.

This event is sanctioned by the IFBB and IFBB Elite Pro. 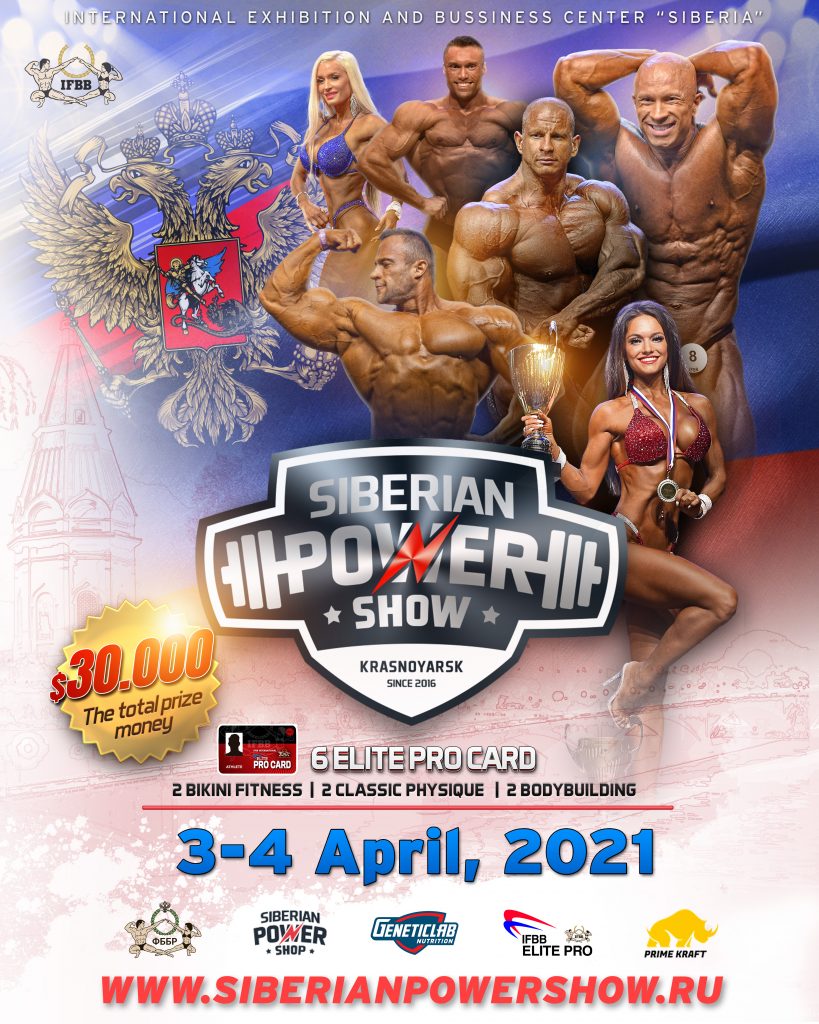 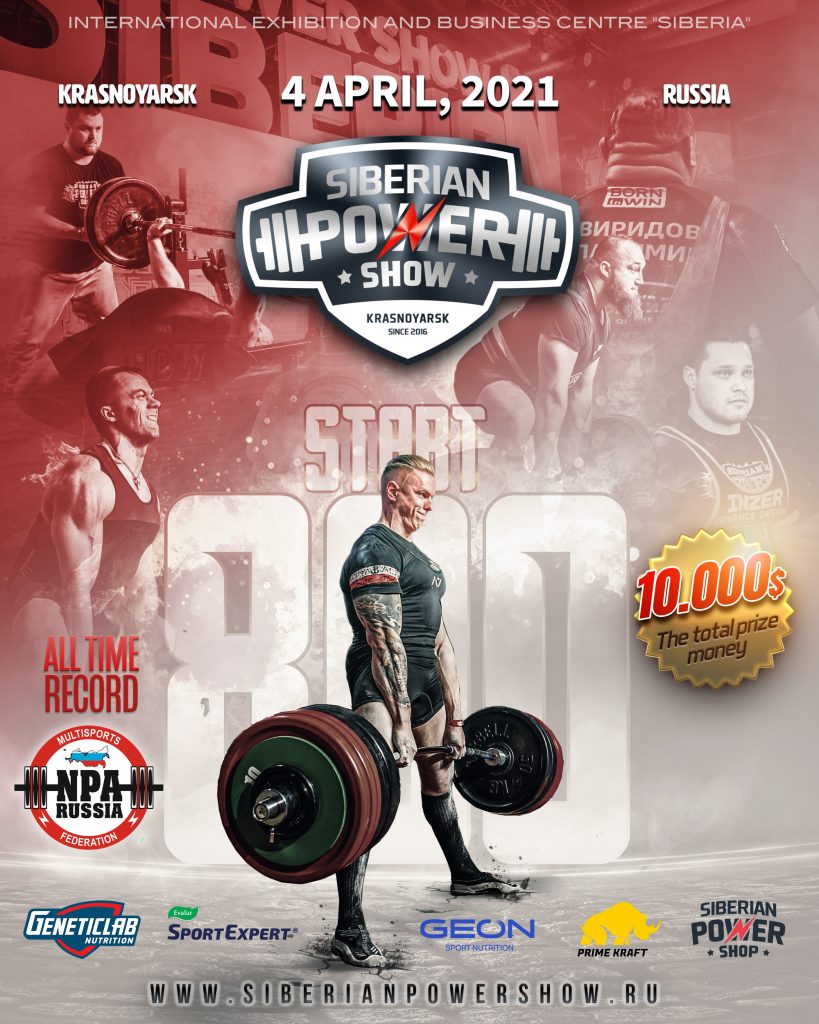 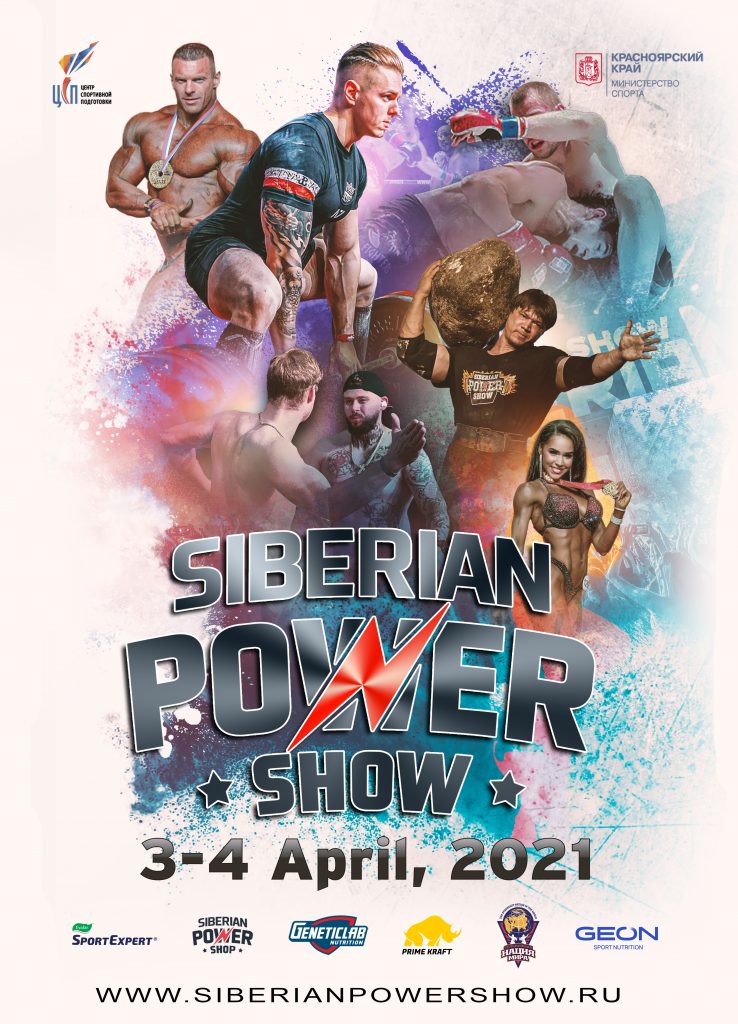 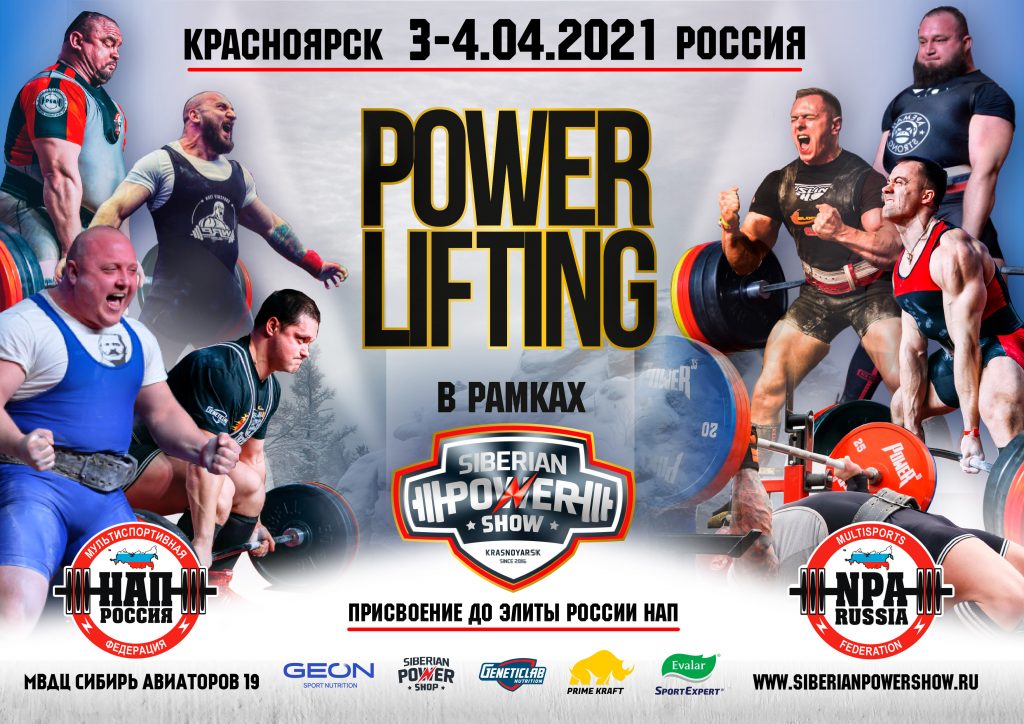 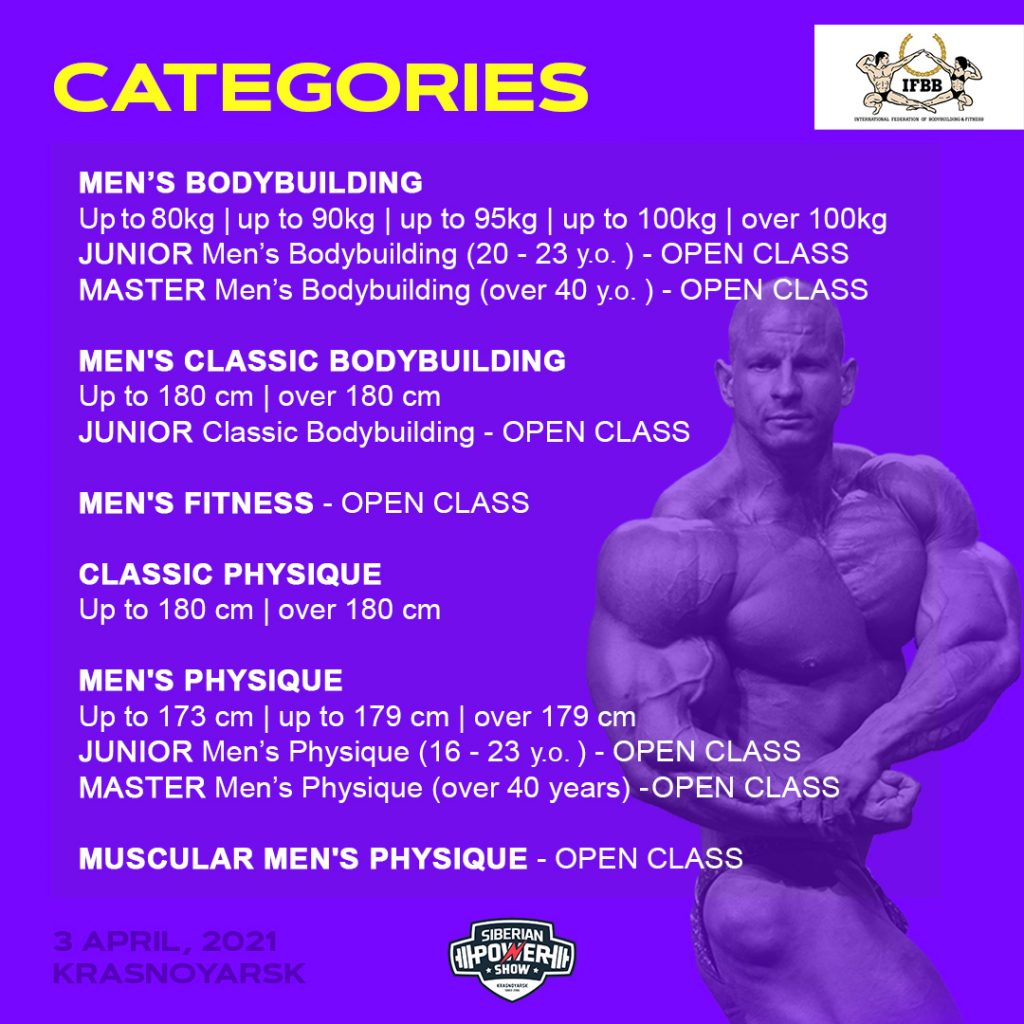 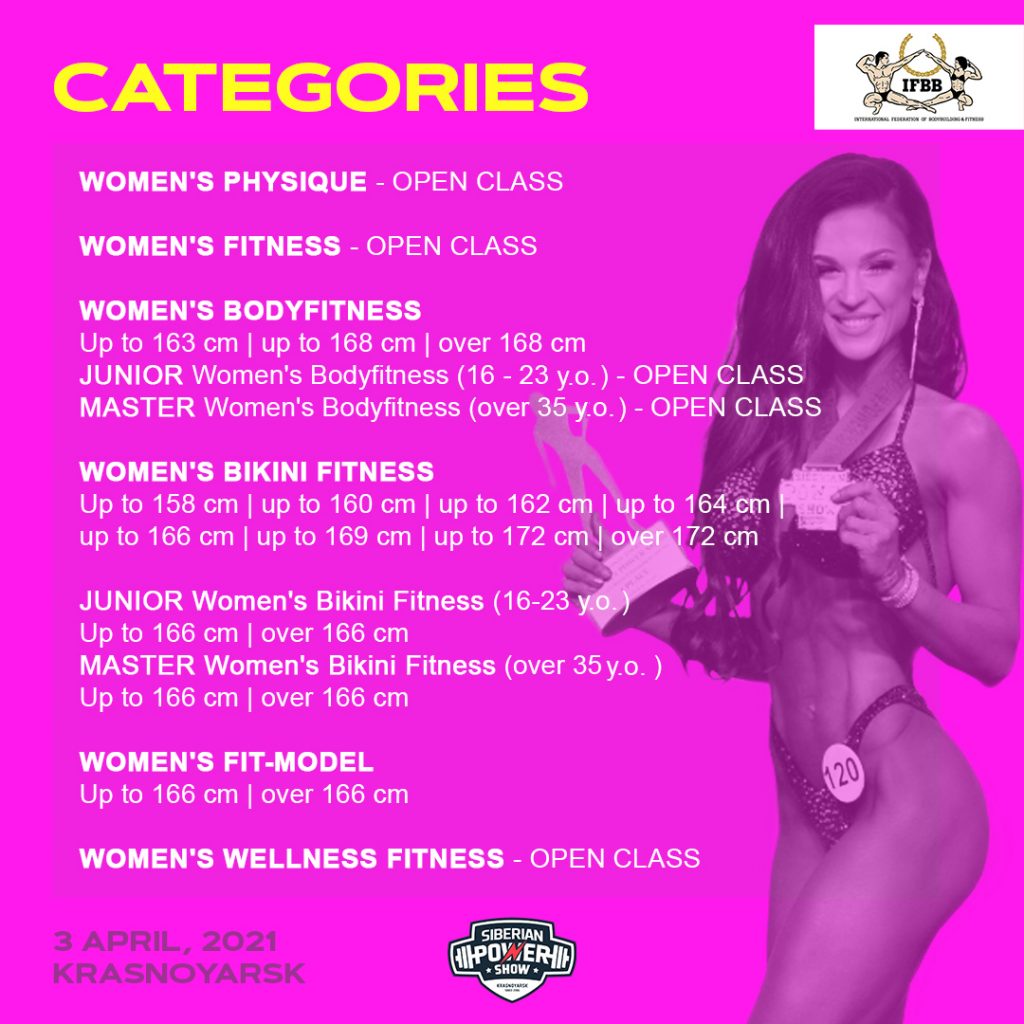