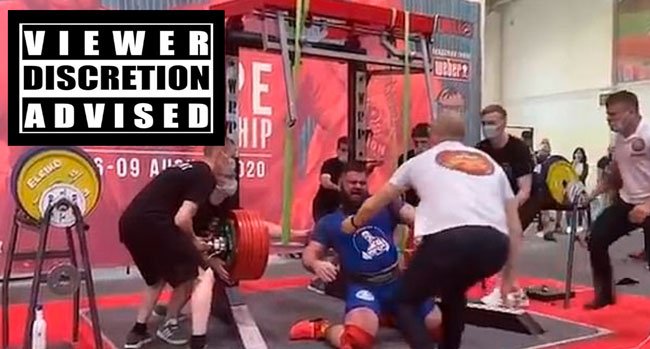 Powerlifter Alexander Sedykh required six hours of surgery after he broke both his knees while trying to squat 400kg (880lbs).

The Russian powerlifter was competing at the World Raw Powerlifting Federation (WRPF) European Championships near Moscow.

Everything was going as planned for the defending champion as he managed to squat 360kg and 380kg successfully.

As he attempts the 400kg squat, all seems well for a brief moment, before his knees buckle and Sedykh can be seen screaming in pain.

Medics rushed to the power lifter’s aid and he was rushed to hospital for immediate surgery, which lasted six hours.

Both knees were fractured, according to Yahoo News, adding that his quadricep muscles had to be reattached.

In an interview, the Russian lifter said the disastrous lift means he will have to learn to walk again.

‘The main thing is that I must lie motionless in bed for two months,’ he said. ‘Then I’ll be taught how to walk again.

It’ll take time to recuperate. I’ve had my quadriceps re-sewn and my knees put back together.’

He didn’t reveal if he will continue his weightlifting career. 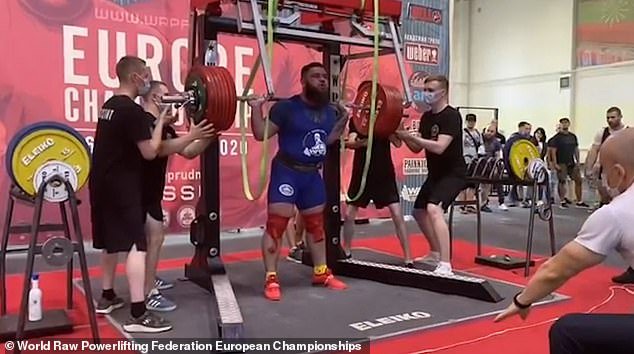 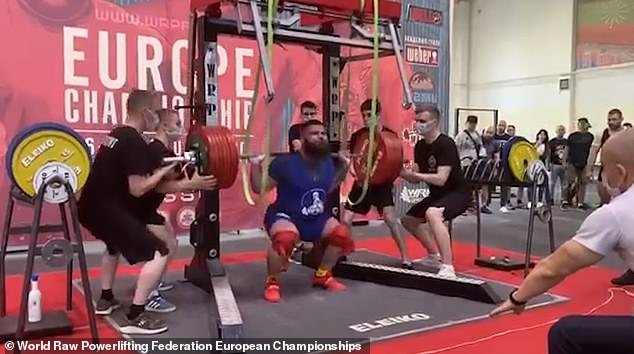 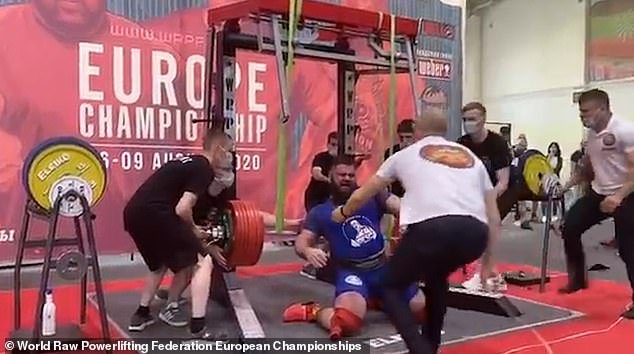 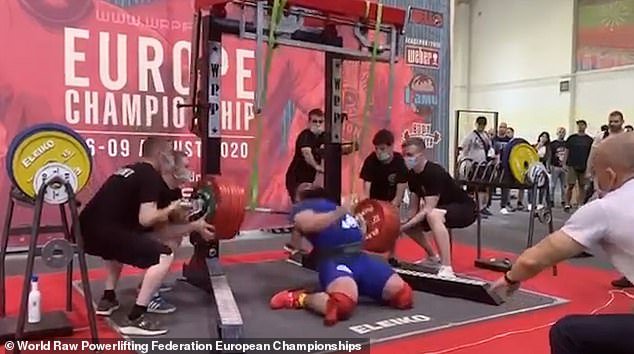