The battle in the finals of this year’s Arnold Classic in Columbus, Ohio, USA, has been finished on Saturday afternoon The new bodybuilding overall champion is Kang Kyung Won of Korea. Won, 40, has competed for nearly 25 years. First time he entered the bodybuilding stage in 1990 at the high school contests, weighing 57 kg at 172 cm body height. Today his bodyweight is 88 kg. He is currently working toward his doctorate in Sports Medicine at the University of Incheon. First time in the Arnold Classic Amateur history the overall title went to Far-East Asia. His next contest: 2014 Asian Beach Games. 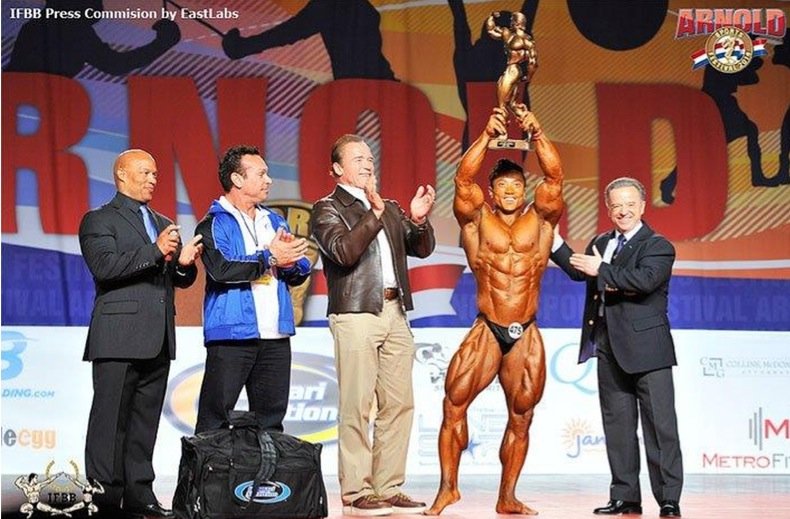