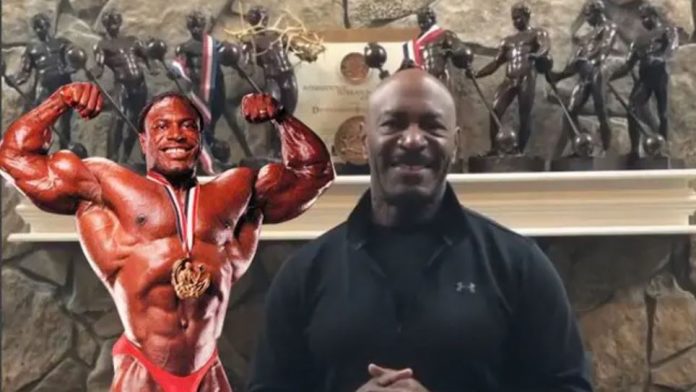 The 2020 Olympia Weekend is less than four weeks away and the predictions of who will win the title have already started.

The battle that is being hyped is defending champion Brandon Curry vs 7X Mr. Olympia Phil Heath.

Other competitors that can easily cause problems for Brandon Curry are William Bonac, Hadi Choopan, Big Ramy and Roelly Winklaar.

We must not forget 2008 Mr. Olympia Dexter Jackson. While this will be his last Mr. Olympia contest, the man that has won the most bodybuilding titles in the history of the sport can also be a major threat.

Dexter Jackson might not be the biggest competitor, but he is known to beat athletes much bigger than him.

Many bodybuilding journalists and commentators have given their predictions for the Mr. Olympia contest.

Lee Haney is the perfect example of a gentleman and great athlete.

During the interview, Bob asked Lee his opinion on who he thinks will in the 2020 Mr. Olympia title.

In a very diplomatic manner, Lee Haney explained his reasons why he thinks Brandon Curry will retain his title.

Lee Haney explains that it will be very difficult to know Brandon off his pedestal.

In regards to Phil Heath, Lee Haney said just as he was present at the 2006 Mr. Olympia to award Ronnie Coleman, if he had won it for the ninth time, he will be there to award Phil Heath his eighth Mr. Olympia title… if he wins it.

Lee Haney believes that records are made to be broken and he has not problem seeing Phil Heath exceed him.

But when the smoke clears, Lee Haney is putting his money on Brandon Curry to win his second title.

With all the problems that Covid-19 brought to the sport of bodybuilding and fitness, Olympia Weekend owner Jake Wood, Chief Olympia Officer Dan Solomon and his team have done a massive job.

Log on to www.olympiaproductions.com to purchase the Pay-Per-View package of your choice.