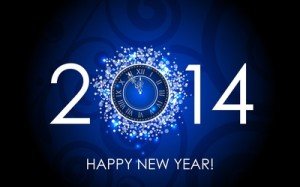 It has not been a easy ride, but with hard work and determination, I can say it has turned out to be a success.

It could not have happened without the help of a number of IFBB Pro’s that have either re-posted or re-tweeted my articles or pages on Facebook and Twitter.

I have started a new trend of interviewing bodybuilding Legends and I would like to thank Robby Robinson and Milos Sarcev for being the first two to accept. Others interviews will soon be published in the new year.

We have seen, Phil Heath stamp his authority and win his third Mr. Olympia title. Dexter Jackson has showed age is not a factor and we must not forget Iris Kyle winning her record ninth Ms. Olympia.

Many have asked we, why do I enjoy promoting bodybuilders? One reason, it gives me the chance to talk to men and women that I have looked up to when I was younger. 20 years ago, I would have never dreamed of talking to Gaspari, Shawn Ray, Dexter, Benfatto, Bob Paris, Cutler, Mike O’Hearn or Robby Robinson, etc. As well I would like to say thanks to Liz Gaspari for her help as well.

I love the fact that they appreciate me helping them out. Will good fortune come to me and my site in the future? I cannot say, but with hard work anything is possible.

At a young age, a teenager can take many paths and many go the wrong way, I decided to spend my free time at the gym.

Without internet, or anything like that, the closest connection I had to the Pro’s was the issue of Flex or Musclemag each month.

I will never forget joining Henderson Thornes gym in Toronto, Canada. Seeing him walk in when he was at the top of his game was just amazing, and he was very helpful. As well Laura Creavalle used to train at that gym occasionally.

These bodybuilders and training kept me focused and maybe the reason for me helping promote their books, products, films and competitions is my way of saying Thank You.

2014 will be a exciting year for evolutionofbodybuilding.net.

Have a Happy and Healthy New Year!