The great Albert Beckles was first mistakenly introduced to British readers of Health & Strength in January 1957 as “Al Bickers”, it is now his age that causes a little confusion: Al asserts he was born in 1930, but some early reports suggested 1938 as his birth year. Whatever his age, Beckles has been in phenomenal shape for five decades.

Beckles was born in Barbados, he emigrated to London, where in the mid-‘60s he began winning regional British titles, before taking the 1969 and 1970 NABBA Mr. Britain titles (which were awarded in 1970 and ’71). Later in ’71, he joined the IFBB, earning the overall at that year’s IFBB Mr. Universe. His high-peaked biceps and crisp overall appearance have been his trademark throughout his career.

Albert Beckles has been one of the most active participants in the sport of bodybuilding – suiting up to pose down in more than 100 different contests through his entire career. In 1982, he took the Big Apple’s big enchilada, winning the Night of Champions. Beckles’ record-setting 13 forays into the IFBB Mr. Olympia (Shawn Ray is nearest with 12) have yielded six placings among the top five, including coming second in 1985 to Lee Haney at twice Haney’s age.

Beckles’ most recent win was a decade ago when he sent the other competitors at the 1991 Niagara Falls Pro Invitational tumbling to the rocks below. His retirement following the Chicago Pro Invitational on May 9, 1992, ended a competitive career spanning five decades. Never known as one who bickers, Beckles is forever the British gentleman. 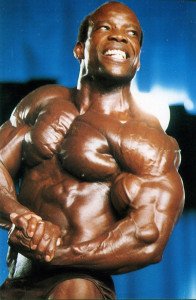 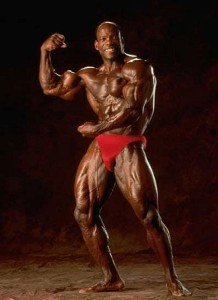 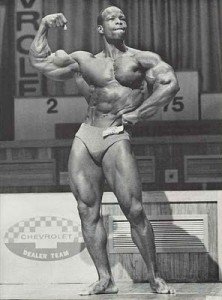