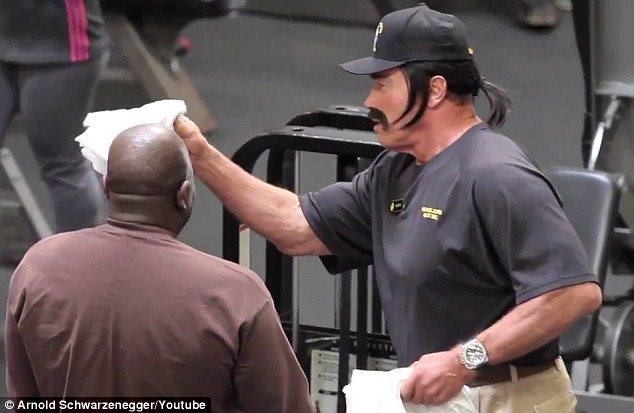 Arnold Schwarzenegger is two-for-two this week when it comes to trying on new personas (and wigs). In another hilarious turn, Arnold goes “undercover” as Howard, a trainer-turned-regional manager at Gold’s Gym in Venice Beach in which he surprises unwitting gym-goers with motivation and training advice.

He shared the video today during his second Reddit AMA, where he didn’t disappoint. Among the questions, he subtley dropped the promo, saying he had the popular link-sharing community in mind when filming.

“I have noticed lately people love to put me in disguises,” Arnold told commenters. “You obviously saw the Bjorn Borg look. But I also made this video with Reddit in mind, so I might as well put it out now.”

The video is an effort to raise donations for his After-School All-Stars program in Los Angeles, which he founded in 2002 to provide productive and healthy extracurricular opportunities for students. By giving to the organization in this contest, donors get a chance to spend a day with the Governator — in a tank.

“You’ll earn the chance to fly to LA from anywhere in the world to ride a tank and crush things together,” he says. “We’ll spend a whole afternoon so we can also work out (on the tank), smoke cigars (on the tank), and whatever else.” 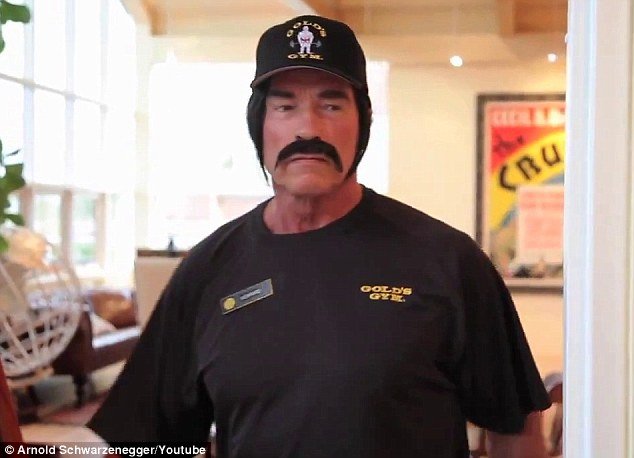 Enter WIN to ride in a tank with Arnold Schwarzenegger