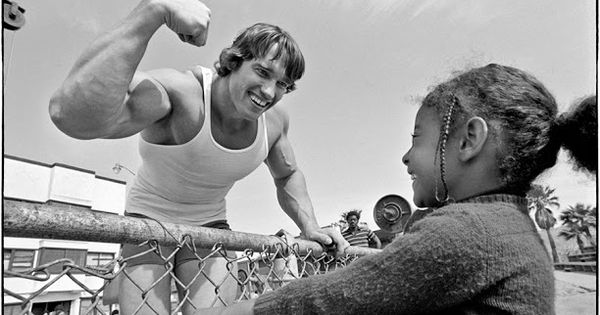 It looks like the bodybuilding world will have the chance to re-live the days of Pumping Iron again with a new bodybuilding TV series called ‘Pump’ produced by Arnold Schwarzenegger, based on his time at Venice Beach.

Arnold Schwarzenegger’s formative years, spent soaking up the sun in a Venice Beach gym and packing on the muscles that fueled the most successful competitive bodybuilding career in history, will inspire a TV series. Pump, an 8-episode hourlong drama, will be produced by Schwarzenegger, Emmett/Furla/Oasis CEOs Randall Emmett and George Furla, and The Tannenbaum Company CEO Eric Tannenbaum. They have just closed a deal with CBS Television Studios.

Created by Michael Konyves, Pump is loosely based on the Venice Beach exploits of Schwarzenegger, when he was then known not as the Governator, but rather as the Austrian Oak. The series is set in 1973, as a small group of bodybuilders birthed the physical fitness industry and body worship, in the Pacific Avenue beachfront gym that was their temple. While fitness is now a multi-billion dollar industry, back then Schwarzenegger and his brawny pals were viewed as being freakishly muscular. Despite having the best bodies in the world, most bodybuilders were broke. That didn’t mean they didn’t have fun, living a life of hedonism and adventure in 1970s Southern California. Schwarzenegger won the Mr. Olympia title seven times and stole the show in the seminal documentary Pumping Iron, before fulfilling the American immigrant rags to riches dream as the action star of films ranging from Terminator to Predator and True Lies, and then California State Governor.

Bryan Goluboff will serve as show runner as well as executive producer on the series. Goluboff previously worked on Blue Bloods as Consulting Producer, Executive Producer and Writer. Additionally, he wrote for the hit series Smash and executive produced several episodes for Law & Order: SVU. 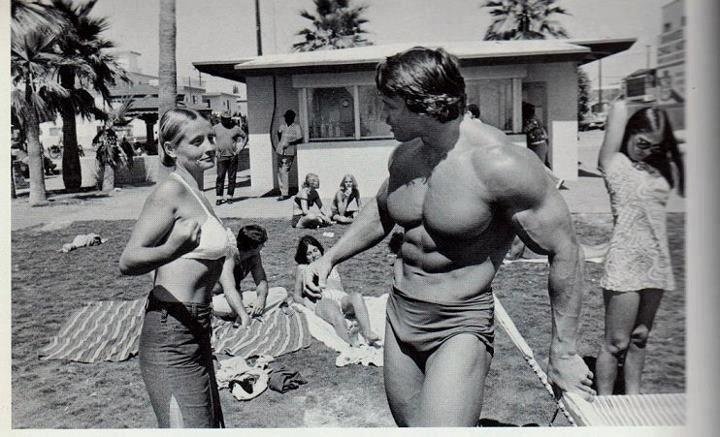 Pump has found its landing spot after several stops along the development trail. It was originally developed at Showtime Networks; from there it landed at Hulu but didn’t go forward. Schwarzenegger’s reps at CAA found footing by teaming their client and the material with Emmett/Furla/Oasis, which formed a relationship with the star on the just completed feature 478. E/F/O moved into TV with the series Power, going into its third season with a fourth to shoot this fall with CBS Television Studios and Starz. CAA will sell the domestic rights to Pump.

Said Schwarzenegger: “I knew from our first brainstorming session that Pump would be a hit. The 70’s were such a colorful, transformational time, for me and for our entire country. I look forward to bringing that color to people’s living rooms with the fantastic, deep characters and the multi-layered story lines of Pump. I feel so passionate about this project because today it’s easy to take our gyms and culture of fitness for granted, but it all started with this wild group of bodybuilders as a tiny subculture in a little dungeon gym in Venice Beach. I can’t wait to get to work with our great team.”

Said Emmett: “After reading the first script, I loved the concept and knew that there is an audience for it. We felt that we should bring it to life and found the right partnerships with Schwarzenegger, The Tannenbaum Company and CBS Television Studios.

In addition to Emmett, Furla and Schwarzenegger, other producers include Wayne Godfrey and Robert Jones of the Fyzz Facility. Executive Producers are Eric and Kim Tannenbaum alongside CBS Television Studios. E/F/O is currently in post-production on the Martin Scorsese-directed Silence, and is just starting production on the Kevin Connolly-directed Gotti, with John Travolta playing the late iconic mob boss John Gotti. Eric and Kim Tannenbaum, previously executive producers of Two and Half Men and currently in production on Season 3 of CBS Network’s The Odd Couple, Season 4 of Freeform Channel’s Young and Hungry and Season 2 of Impastor for TV Land.