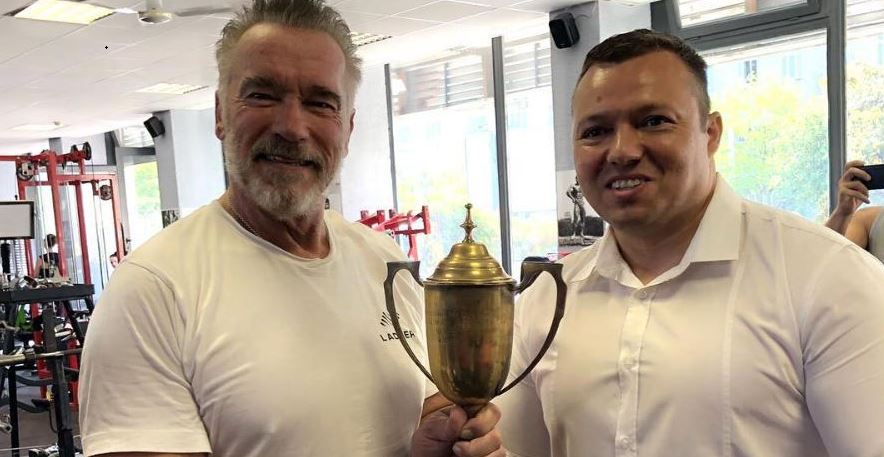 A great story story in the bodybuilding world this week that involved the great Arnold Schwarzenegger.

Arnold Schwarzenegger was reunited with his 1969 Mr. Universe trophy thanks to Bench Press champion Lorand Berke.

This story goes way back to 1969 when Arnold was competing in the 1969 NABBA Universe contest in London.

According to reports, when Arnold won the contest and returned home with the winning trophy, his mother Aurelia for some unknown reason gave the trophy as a gift to two stone-cutters that were working at their home. The home is now known as the Arnold Schwarzenegger Museum.

In 2016, Lorand Berke’s sister comes across this trophy and purchases it from some workers.

Lorand’s sister kept the trophy and decided to give it to Lorand as a present when he won the Hungarian Bench Press Championship on Dec 15 2017.

Immediately after he received the trophy he sent photos of it to his friend Adam from the popular Flex Gym in Budapest.

By coincidence, Adam was in California, working out at Gold’s Gym Venice when he met Schwarzenegger and asked for s photo with him.

While he had the chance, Adam showed Arnold the photos of the trophy and Arnold immediately confirmed that was his.

Luck would be on Lorand’s side when Arnold had to go on location in Budapest to start filming of the new Terminator film. While training at Flex Gym Budapest, it was arranged for Lorand to hand the trophy back to Arnold.

The full story as told by flexgymbudapest

I first saw Arnold with his 1969 Mr. Universe trophy on a picture in his book, on page 88. I would have never thought then that I would be somehow connected to it. It was in 1988. I started working out when I was 13 just because I had this book.

30 years later…handover, 13 August, 2018
Early morning on 17 December 2017 I was on my way back from LA to Venice where Gold’ Gym is. This is where body building was born. Arnold has his workouts there still today. He comes by bike. He completes his workout and then leaves with his friends. I use these moments for charging and motivating myself. I met him first in 2015 in Budapest when he came to Flex Gym. It was a special honor for me to be his driver. Those mornings when we bumped into each other in Venice we exchanged some words in English, sometimes in German. He always said something kind to me and I could relive my childhood. I just loved it. The same happened that day in December. He was working on his biceps on my right side, I was working on my triceps. Then I received that ominous message from Lorand Berke. ’Adam, look what I have received from my sister at the championship’ said Lori. ’This is Arnold’s 1969 trophy.’ ’What do you want to do with it?’, I asked. He said ’I want to meet Arnold to give it back to him.’ (Lori to me is a truly humble sportsman). I said ’He is having his workout right next to me, do you want me to show this to him?’ ’Whaaat? Of course’. I showed the picture first to Arnold’s friend because it is an unwritten rule not to disturb the legend during his workout. XY said: ’You must show this to him right now.’ I will never forget how Arnold’s eyes got open wide. He was probably very happy but at the same time he couldn’t believe it. He said they would need to make a double-check in Austria in Arnold museum, let’s meet the day after. Next morning he said that the 1969 Mr. Universe trophy was indeed missing from his collection. ’What does the guy want in return?’, he asked. Then I smiled and told him that Lorand is a true bench-press champion and you are his idol. He would like to meet you and personally give back this trophy to you. This is what he wants. I saw on his face that he was very much impressed by this gesture.
This is when a very long discussion started with him and his friend about the appointment. We finally agreed that when he comes to Austria to the Arnold Museum next spring, we would give back the trophy to him then. Unfortunately his heart surgery came into the picture. We didn’t see any chance to have this meeting within a short period of time. I told Lori that we should bring the cup to California

☀ and give it back to him there (about which Lori was very happy).
When Will Smith left Budapest Arnold and his team arrived. This brought a new opportunity to make this get-together happen. One day when he was doing his workout in Flex he said to me ’Arrange that meeting for tomorrow, please.’ I knew that Lori was on holiday but I immediately called him. The rest of the story you already know. We are waiting for the video that Arnold’s team made. Follow him on Instagram to see it: @schwarzenegger. I am very glad that I could make my mentor, role model and a generous sportsman and father so happy. I am also very happy and grateful for being part of this story. I don’t believe in coincidences. I was right next to Arnold when I received that message. It was meant to happen like this. I have to arrange now something new because I already miss the excitement. Giving feels very good. This feels the best.

🙏
All I said to Lori before the handover was ’Enjoy every moment, my friend, because this will never happen again, this is history.’ #schwarzenegger #marvel_se #lorandberke
#flexgymbudapest

PS: thanks to my grandfather for the first Arnold book.

All I said to Lori before the handover was ’Enjoy every moment, my friend, because this will never happen again, this is history.’  #schwarzenegger #marvel_se #lorandberke
#flexgymbudapest

What a great story!! 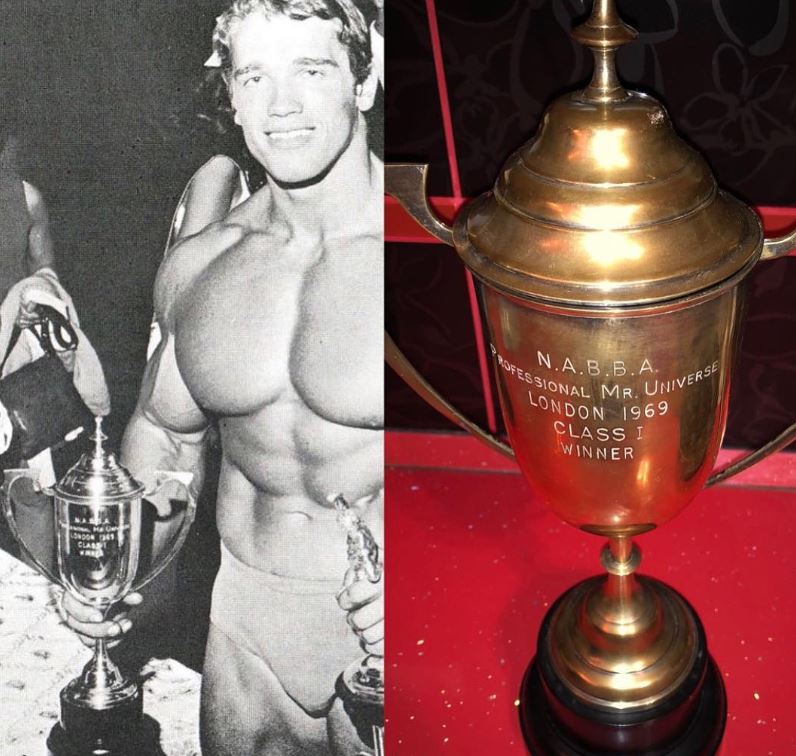 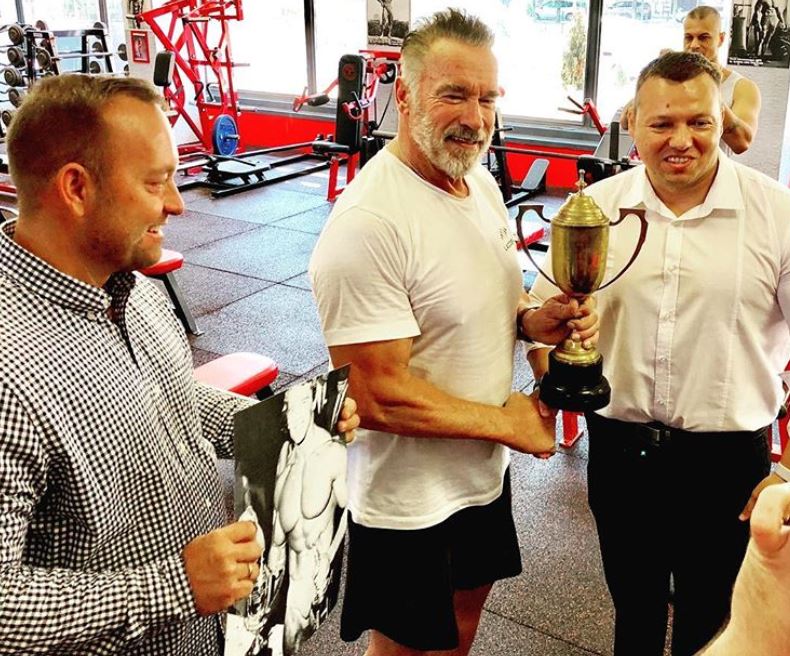 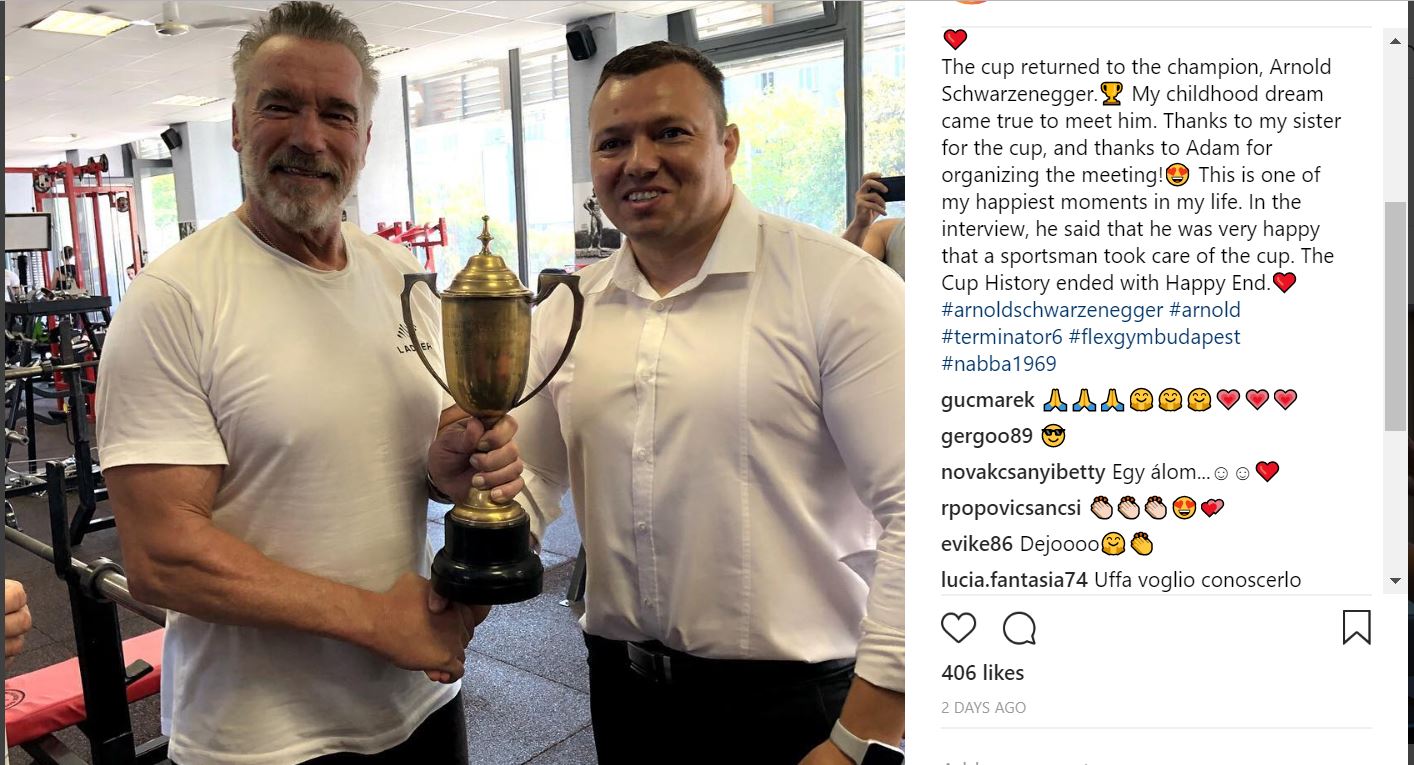 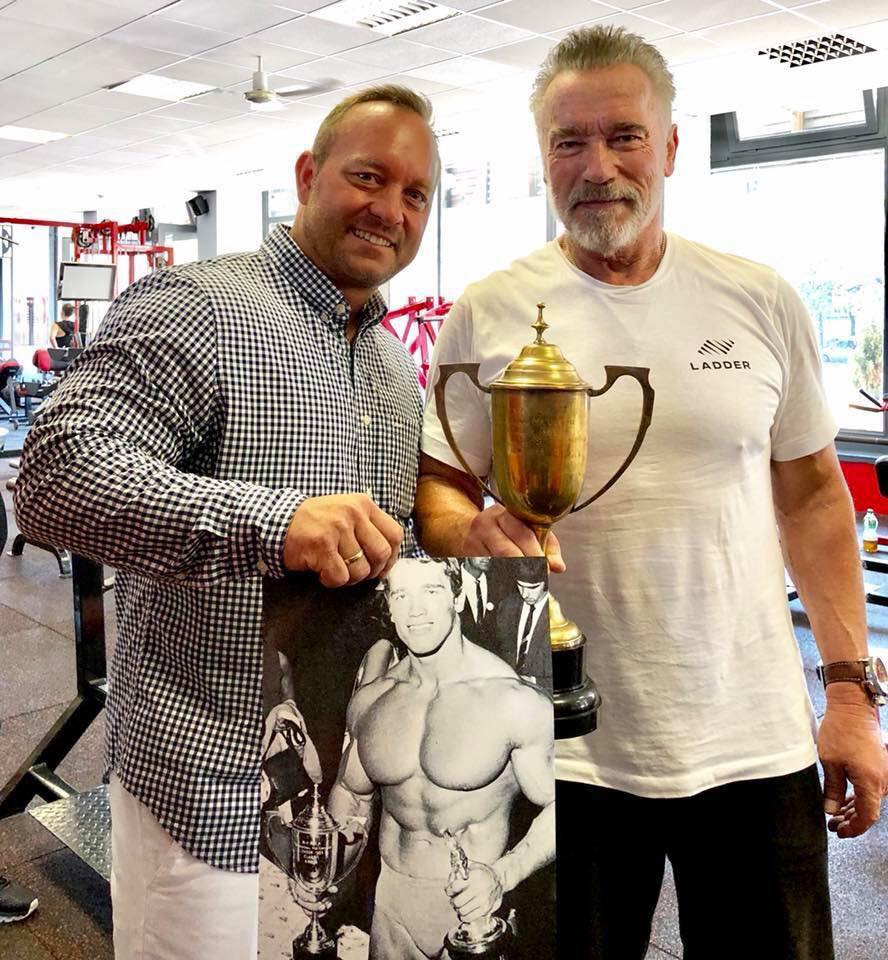