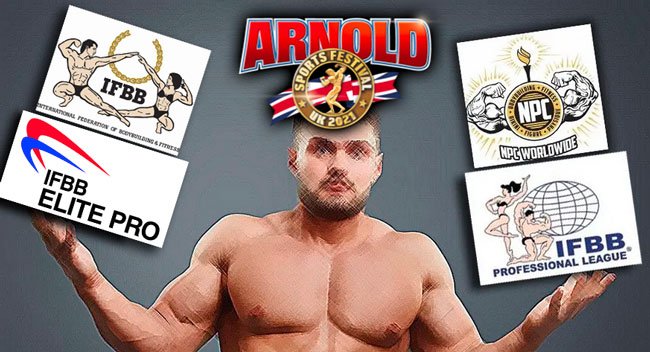 The organizers of the Arnold Sports Festival UK have finally launched their official website.

The website is full of information related to all the sport events that will be at the three day event.

One event in question is the most popular event, bodybuilding and fitness.

On their official website, the Arnold Sports Festival UK promoters specifically indicated that the federation to run the bodybuilding event has not been selected.

The bodybuilding world has a numerous federations, but in reality, there are two federations that are above the rest when it comes to popularity and athlete numbers.

From one federation, unfortunately in 2017, it was split in two:

The IFBB which has the IFBB Elite Pro League and amateur division is one federation that is a favorite and has the capability to sanction the event. The IFBB’s president is Dr. Rafael Santonja.

The other federation that also a favorite to run the bodybuilding and fitness event is the NPC which has the NPC Worldwide amateur division and the Pro League. The President of the NPC and Pro League is Jim Manion.

The Arnold Sports Festival in Brazil and Australia have unfortunately been cancelled.

Turning to the the IFBB, the Arnold Classic Europe is still scheduled for 11-13 December, 2020. Unfortunately the Arnold Sports Festival Africa had to be cancelled due to Covid-19.

Financially, the Arnold Sports franchise in general suffered heavily, with the 2021 Arnold Sports Festival Australia and Brazil still not confirmed for 2021.

Who will sanction the Arnold Classic UK Bodybuilding event?

The two major events in the Arnold Classic franchise is the USA and Europe events.

With the two biggest federations located in the UK, the UKBFF (IFBB) and the NPC, represented by 2BrosPro, the decision who will sanction the event will be a difficult one for the UK promoters.

Both federations are both very popular in Europe.

The IFBB (Rafael Santonja) still has the majority of amateur events all across Europe and other parts of the world compared to the NPC (Jim Manion) who are very popular in the USA and Australia.

The NPC are increasing popularity in Europe with more shows being created under the NPC WorldWide franchise. In regards to the Pro League, they do dominate the market in the USA and Australia, while they are gaining popularity in other parts of the world.

The promoters will have to decide if they want to work with the IFBB, who are as well governed by WADA (World Anti Doping Agency), having random testing for their amateur athletes.

On the other side of the fence. The NPC do not work with WADA and are not part of the organization.

The NPC award the winning amateurs a Pro League card. This gives the opportunity to the athlete to compete in popular Pro League events.

The NPC is also the only federation that enables you to compete at the popular Olympia Weekend.

The UK promoters will have to decide between the popular NPC which has the majority of the most popular pro bodybuilders in the world and the IFBB which has the biggest and most amateur events, are drug tested and have a new pro division.

If IFBB (Rafael Santonja) are selected to sanction the event in the UK, they will most probably have a larger number of amateur athletes registering for the event.

The Arnold Classic Europe have an average of 1,100 to 1,300 athletes competing at the event.

The Arnold Classic USA which is sanctioned by the NPC/Pro Leage (Jim Manion) have the same numbers at their amateur events in the USA, but will this be the same in Europe?

The Arnold Sports Festival UK promoters have a very hard decision to make between two federations that have equal positives and negatives. 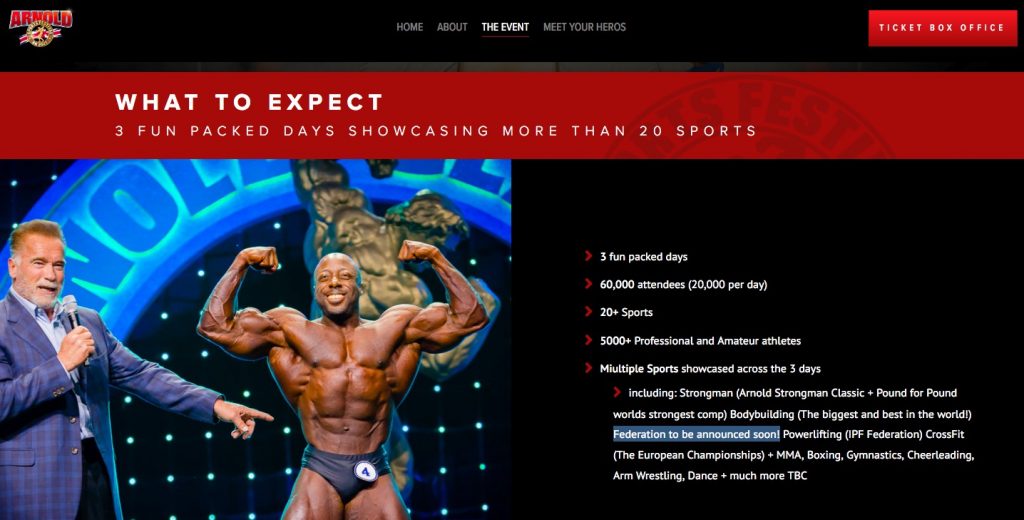