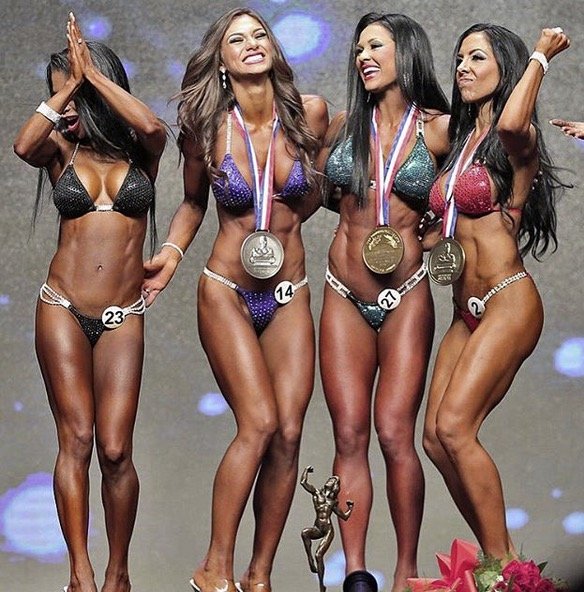 3x Bikini Olympia winner Ashley Kaltwasser has announced on her official Instagram page that she will be returning to competition next March at the 2018 Arnold Classic.

Just before the 2017 Olympia Weekend, Ashley announced that she will be taking a break from professional competition to concentrate on other projects related to the sport.

This is what Ashley had to say:

ashleykfitAlright guys, I have some big news to share! Well, as mentioned before I was planning on stepping back on the #IFBBbikini stage in the future. Well, I think that time is next March 👙 I think I’m going to put in my Invite request for the @arnoldsports Bikini International. The Arnold Classic is so near & dear to my heart because It’s basically the show that started it all! It was the show that I wore my iconic green bikini for the first time. I won this show as an amateur and as a pro twice! Not to mention, the Arnold Classic is held in Ohio…my home state! 😇I remember going to the expo every year as a teen. I have so many wonderful memories with this show. After having a little time away, it made me truly miss the sport that has gotten me so far. After winning the Arnold Classic 2x and the @mrolympiallc 3x you may think I’m satisfied but I’m still hungry for more! Alongside the support from my sponsor @hitechpharma / @apsnutrition I think that next year will be the most epic of all!! AND I am happy to announce I will be coached under the guidance of @teamelitephysique 🙌🏼 Lots of changes for next year, but change is good! I’m ready to rock yessssss let’s get it 🏆 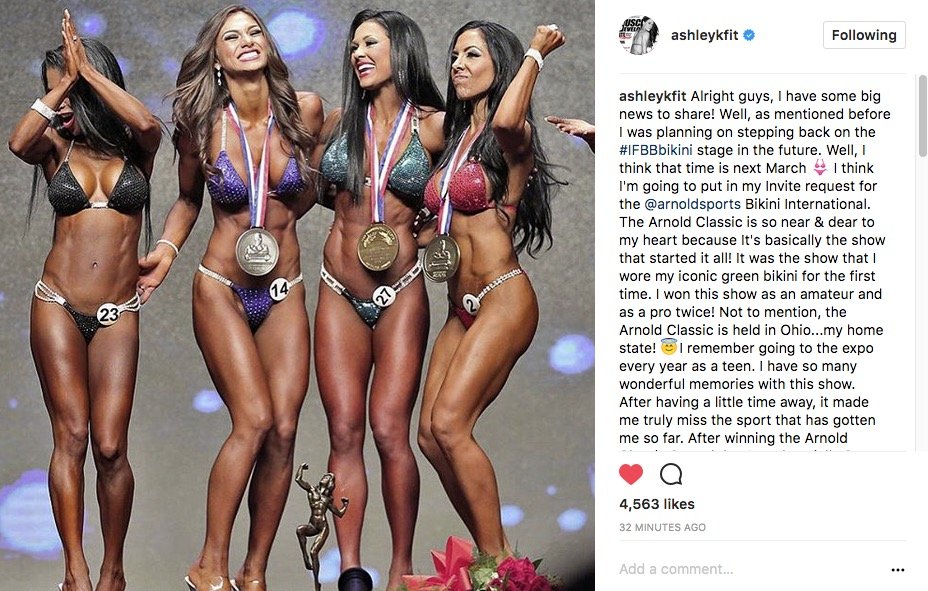