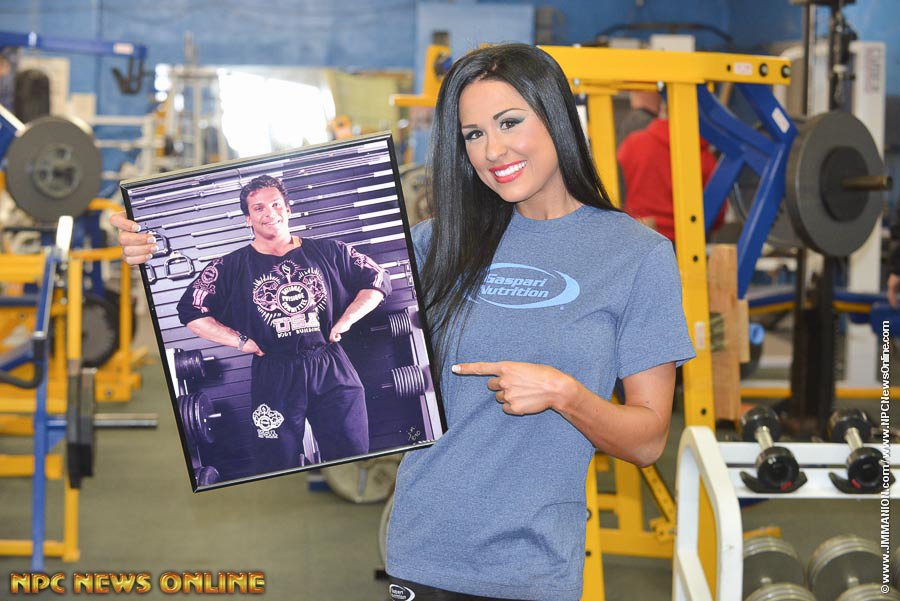 According to Gaspari’s lawsuit filed Monday in federal court in Los Angeles, California, the damage that has resulted from Ashley Kaltwasser’s refusal to fulfill her contract with Gaspari is “irreparable” and entitles Gaspari to an injunction that would stop EHP and Kaltwasser from concluding or implementing their contract. Gaspari is also claiming money damages but does not specify any amount and asserts that it has spent $40,000 on a “Training with Ashley” series for the products Kaltwasser would have endorsed in 2016 and early 2017.

“This lawsuit is important in the sports nutrition business world because it shows a sponsor who had a deal is willing to go so far as filing a case in federal court to protect its right,” said Rich Gaspari, CEO of Gaspari Nutrition. The term of Ashley’s contract was 3 years and, “These types of provisions are common in the industry. Gaspari values Ashley, as well as, has expended considerable money and resources to her career and will do all it can to retain her.“

As the drip-drip of information on Ashley Kaltwasser’s unexpected split from Gaspari grows to an acrimonious trickle that promises to become a torrent following the initiation of proceedings in federal court, the bikini athlete’s reputation will undoubtedly suffer says industry expert, Aaron Singerman.

“Gaspari has confidence in its position, and this confidence is underpinned by a legally binding contract and the clear evidence of the exceptional job done for Ashley Kaltwasser by Gaspari Nutrition… This legal action seeks to void her EHP Labs contract from its original date, recover damages and enforce her current obligations as stipulated by the current Gaspari agreement. Regrettably, this legal action has been taken despite Gaspari’s best efforts to reach an orderly and fair resolution.”

About Gaspari Nutrition:  Gaspari Nutrition was founded in 1998 and has grown one of the most recognized industry leaders, supplying the highest quality nutritional supplements to millions of athletes, fitness enthusiasts and bodybuilders around the world! Gaspari is a world-renowned company spanning across more than 50 countries.  Rich Gaspari has been involved in the bodybuilding and fitness field for more than 30 years. He excelled as a top professional bodybuilder from the mid 80’s through the 90’s, winning the very first Arnold Classic in 1989, Mr. America (now known as the NPC Nationals), Mr. Universe,  Professional Mr. World, and is a three-time runner up for the most coveted title in professional bodybuilding: Mr. Olympia. After retiring from professional bodybuilding, Rich began developing his own line of quality supplements and built one of the most formidable and respected brands in the world, Gaspari Nutrition. Founded in 1998 in Rich Gaspari’s New Jersey garage Gaspari Nutrition had one single goal in mind: To produce the highest-quality, science based sports nutrition supplements in the world.

Many sports nutrition products cost exorbitant prices justified only by huge marketing expenses. Gaspari Nutrition®, on the other hand, produces sports supplements of the highest caliber, that are easy on your wallet. How do we do that? We assure this by making all of our own products in-house at our 500,000 square feet cGMP manufacturing and warehouse facilities strategically located throughout the United States. By cutting out the middle-man that the other 98%+ of the companies use to make the products they sell we are able to save considerably while we control every step in the supply chain and production process.