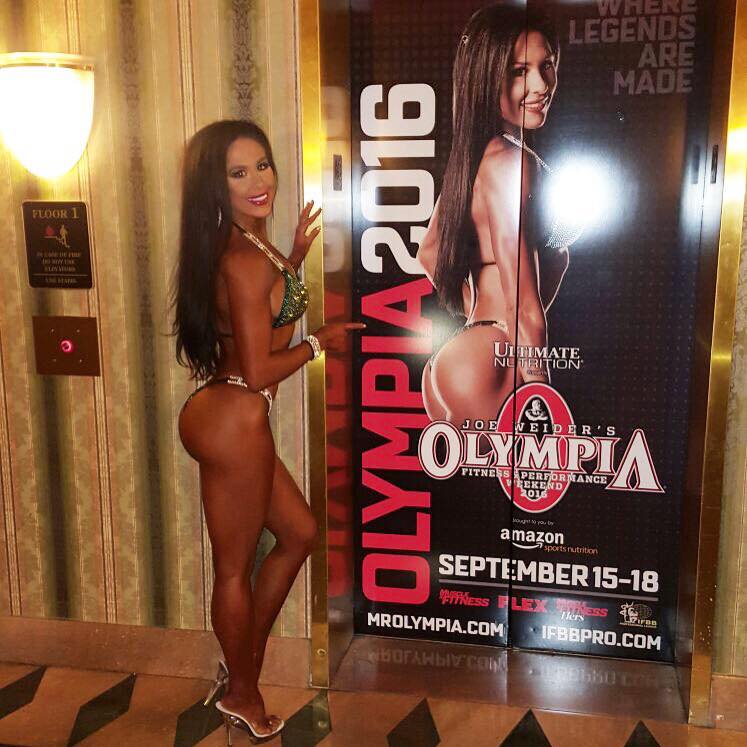 3X Bikini Olympia winner, Ashley Kaltwasser has made it official that she will not be competing at the 2017 Olympia.

This week, defending champion, Courtney King also made it official that she will not be defending her title due to health reasons.

For Ashley, it is not a health issue, but rather she wanted to take some time off and get involved in new ventures.

This is her message in full that appeared on her official Facebook page:

So I’ve been getting lots of questions asking about this years Bikini Olympia. Will I compete? The answer is …. No, I’m sitting this year out. I needed a break to recharge my battery

I have no health issues or injuries, I just needed a mental break from the competing world for a little bit and take a “mental vacation”. I wanted time to be normal, relax, enjoy some off time and not worry about cutting down or staying lean. Although I am on a break, I still get training time in, but it’s a bit different right now. Instead of mostly traditional physique-focused workouts, I tried new things! Tumbling, calisthenics, etc. It was refreshing to switch things up!

Anyway, it’s a LOT of pressure being one of the top Bikini Athletes in the world. It can be so stressful as you can imagine

😓 If I come in only a pound or so over or if I’m not looking my 100% best that could mean I lose a show. Lots of eyes are on me. And most of the time, I use pressure to push myself to be my best. But the stress was getting to me…And anyone who competes can tell you the same, not only is this sport physical it’s also VERY Mental! A lot of it revolves around routine and constancy.

😅 I would be doing myself a dis justice if I prepped for a show and my heart wasn’t 100% into it. Sometimes it takes time away from something you love to make you realize how much you really miss it!

When I do decide to step back on stage I know that I’ll be ready and more motivated than ever. I think I already know what my next show will be, can you guess?

In summary, I’m in this for the long run and I want to make sure that I don’t burn out mentally like a lot of girls tend to do. As hard as it is to sit out of the competition that I’ve won for 3 years in a row, I know I’m making the right decision in the long run.

I will still be at the expo however!