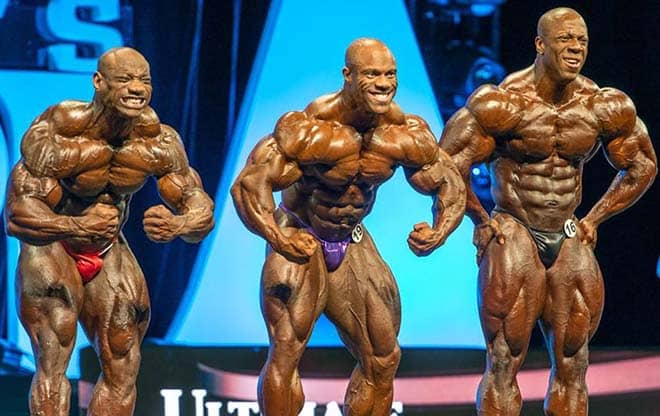 
Evolutionofbodybuilding.net has on a number of occasions talked about the subject of  automatic Olympia qualification.

Last week, Shawn Ray talked about the decline of bodybuilders competing at the Arnold Classic series that is taking place all over the world.

The USA edition is the biggest followed by the Europe edition that takes place right after the Mr. Olympia.

The others are unfortunately not getting the numbers to make the contest really exciting.

A majority of the fans go to these shows to watch bodybuilding and if the bodybuilders are not there, the fans will decrease and the promoters will start to remove shows.

The elite bodybuilders need to get active. Having the top five Olympia contestants competing once a year makes no sense. These guys are the reason why people come to watch the shows.

Bodybuilding fans are forced to use social media to try to get a glimpse of these athletes.

It should be a honor to compete at the Arnold Classic anywhere in the world.

If everybody had to qualify for the Olympia from scratch every year, it would make the sport of bodybuilding much more exciting.

Every other sport in the world makes you fight for the title after you win it. In football (soccer) you have to qualify for all the rounds in the Champions League even if you win it the following year, even in the World Cup the winner has to qualify again. As well in hockey, the Stanley Cup winners do not automatically qualify for the playoffs the following year, so this should apply to bodybuilding.

As we said before, you get a number of bodybuilders working hard to qualify and competing in most of the shows while the top five can decide what they want to do because they already qualified. They walk on the Olympia stage nice and fresh while the rest of the gang are practically burnt out. It is not a fair playing ground!

If the organizers want to solve the low numbers of open class bodybuilders competing at major shows all over the world, they should abolish the automatic qualification. If they do this, you will surely see the numbers rise.

Phil Heath, Big Ramy, Shawn Rhoden, Dexter Jackson and the rest of the gang need to get on that bodybuilding stage and do what they do best.

Contest money is not a excuse. The more competitors that are competing means more fans come to the shows and more money can be put towards prize money.

The points system is great and winning a contest and qualifying for the Olympia is a great system. But the top five from the previous Olympia must qualify again for the following year!!

Evolutionofbodybuilding.net talked about this subject way back in 2015: Should the Mr. Olympia qualification rules be changed?