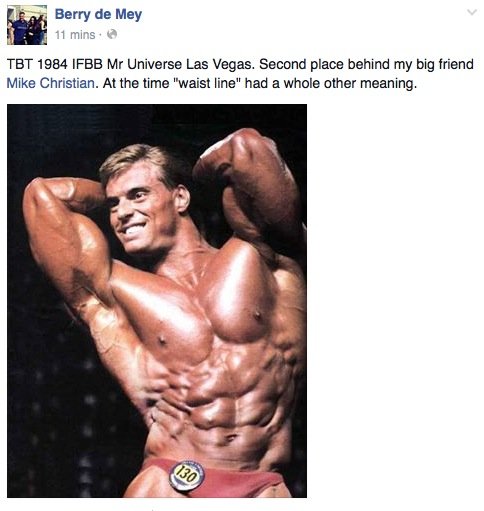 Today he posted a comment with a photo of himself in 1984 saying “1984 Mr universe Las Vegas. Second place behind my big friend Mike Christian. At the time ‘WAIST LINE’ had a whole other meaning.”

Now, today’s professional bodybuilder will obviously say that you cannot compare today’s athletes to the athletes on the 80’s and 90’s.

It is true, today’s bodybuilders are much bigger, but in the photo that Berry posted, his mid-section is just incredible.

It seems many of the former stars of the 80’s and 90’s are rallying to make a point regarding modern day bodybuilding.

Not only are they criticizing the condition of the bodybuilders, but recently Arnold Schwarzenegger criticized the posing round saying that points should be awarded again for posing.