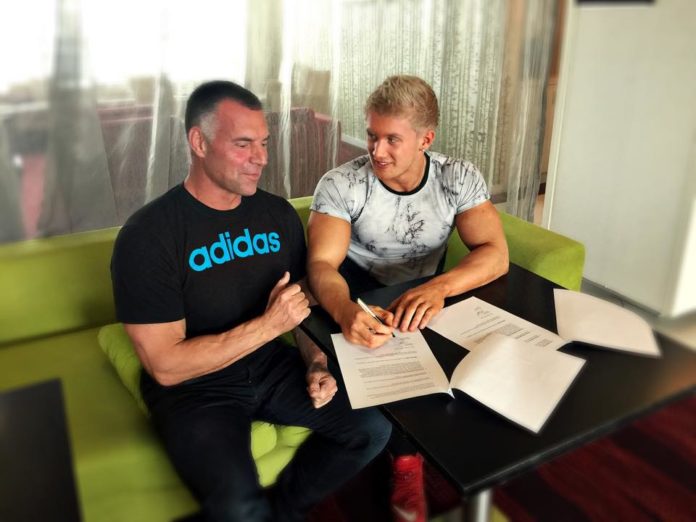 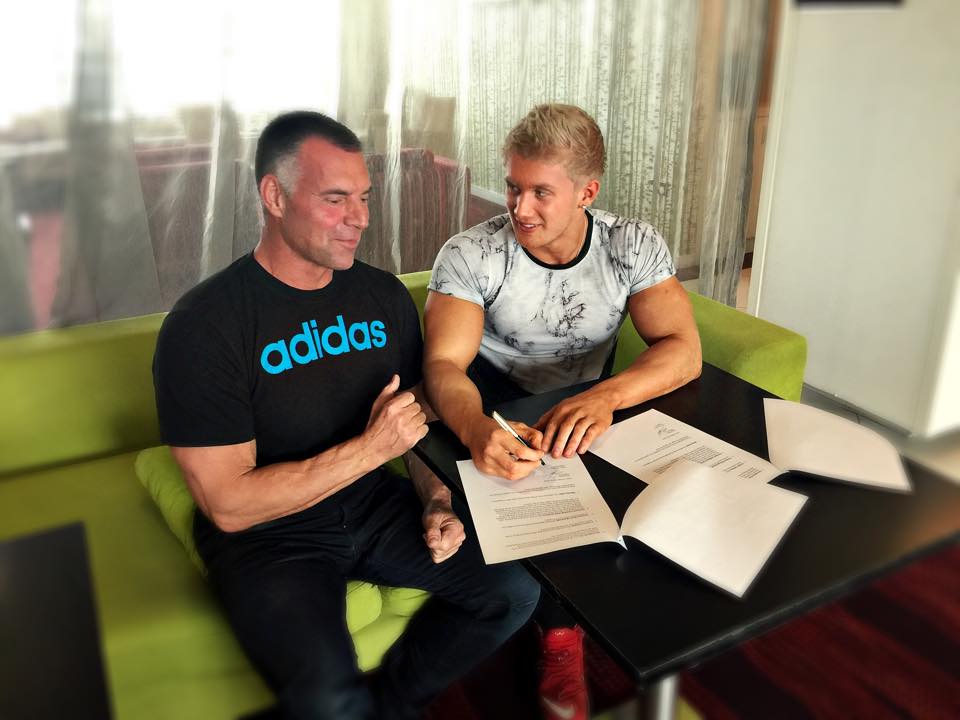 Berry DeMey was one of the most aesthetic physiques that ever graced the IFBB bodybuilding stage.

Since his retirement, DeMey continued to invest in the sport he loves so much. He started his own supplement company called Berry De Mey Nutrition and he coaches athletes to prepare them for international and pro competitions.

Berry has always been on the lookout for future athletes and it looks like he was at the right place at the right time to meet his future star.

Berry has just signed Zac Aynsley. A project that DeMey calls ‘Zac of the Future’.

In his won words, this is what Berry DeMey had to say about his new project:

“Zac to the Future” 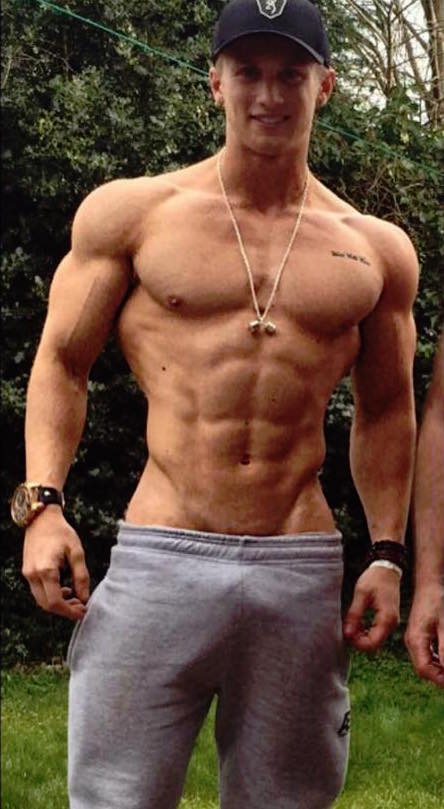 Ever since I stopped competing I have been looking for this unpolished diamond. A young talent who needed to be coached the right way to get everything out of his potential. Just a few weeks ago I was sitting next to a young guy called Zac Aynsley in the plane. We could not stop talking. It was amazing how much we had in common…I thought by myself, “wow this is me when I was 21”, the age of Zac right now. But the best part is still to come. I asked him to show a few pictures of his body…I could not believe what I saw. No weak points and perfect proportions. Of course his body needs some time to mature and train a certain way to let every karat shine of this unpolished diamond. But this is what we are going to do.Last weekend Noelle and I planed a visit to Liverpool to meet Zac and his lovely girlfriend Abbie. To actually talk about the details of some ideas Zac and me have been mailing about the last couple of weeks. Besides that I wanted to see his body for real….

For quite some time I am developing an “online coaching” program based on “The Berry de Mey Method”. But I also realized I need someone young to show online coaching with my program actually will work. Well my friends a new project is about ready to start and it is called: Zac to the future!The online coaching won’t be launched until somewhere in the first halve of 2016. But we start the “Zac to the future” project very soon. Zac lives in the UK and I live in the Netherlands. We are actually going to prove my online coaching program will work. Zac is going to be the first athlete who will be coached online by me. And when we launch the online coaching publicly, we can show what we have done and why it will work for you. We will fine-tune every detail in the program the next couple of months.Not just talking, but solid prove by Zac who is going to discover what the Online Berry de Mey Coaching is all about. Every picture you see of this great body right now is “just” going to be the “before” photo. Follow us and see what the program does. A program optimized for you in the near future!Last weekend Zac and I signed a contract to make our working relationship official. I can’t wait to start!

The program will be offered worldwide!

Stay tuned for “Zac to the future”.

If you want to receive more information just send an e-mail to info@berrydemey.com