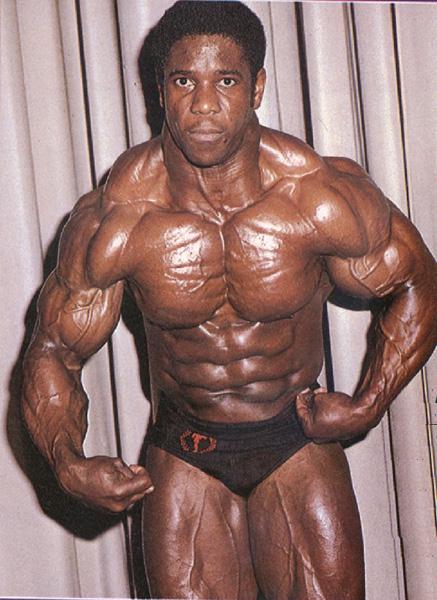 Bertil Fox was born on 9 November 1951 in St. Kitts, Bertil is a British former IFBB professional bodybuilder.
Bertil Fox emigrated to London, England, with his family when he was one year old. He then moved to Northampton. He did not return to St. Kitts for more than 40 years. He once said, “I’m 100% British. I think, I act and talk like an Englishman, not like someone from the West Indies.”

Encouraged by a cousin to take up bodybuilding, Fox won the 1969 Junior Mr. Britain at 18. He went on to win nearly every major bodybuilding contest outside of the IFBB, including the 1976 AAU Mr. World, the amateur 1977 NABBA Mr. Universe and the professional NABBA Mr. Universe in 1978 and 1979. Joe Weider sponsored Fox’s move to Los Angeles in 1981, and he competed in IFBB contests for the next 13 years. Bill Reynolds, then Flex magazine editor-in-chief, gave Fox the nickname “Brutal” for his high-volume and extremely heavy training.
Fox placed second in two IFBB shows – the 1982 Night Of Champions and the 1983 Swiss Grand Prix (beating Lee Haney) and he finished fifth in the 1983 Mr. Olympia (his second of five Mr. O appearances). He competed in 12 IFBB shows from 1984 to 1994. Retiring from the stage, he returned to St. Kitts to open Fox’s Gym.

On 22 May 1998, bodybuilder Bertil Fox was convicted of murdering his former fiancée and her mother on the Caribbean isle of St. Kitts. He was originally sentenced to death by hanging, though on 27 September 2002 his sentence was changed to life in prison.

Many still discuss the life of Bertil Fox and insist that he could of easily won the MR. Olympia with his massive presence on the stage. 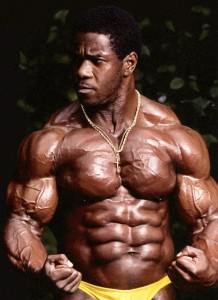