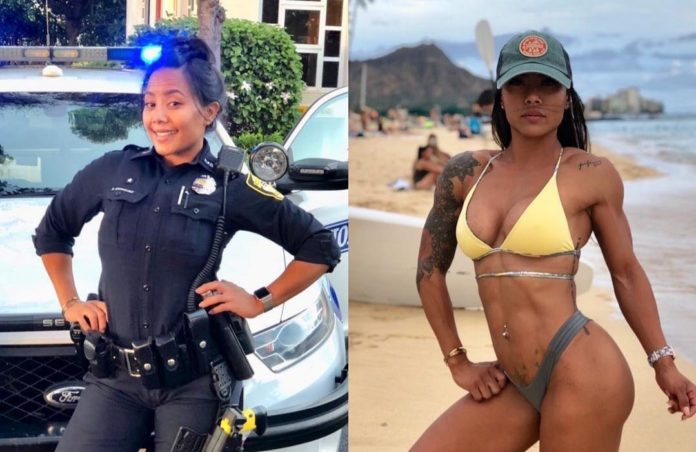 Bikini athlete killed in the line of duty.

The bodybuilding and fitness world started the week with horrible news.

NPC Bikini athlete Tiffany-Victoria Enriquez was killed in the line of duty.

Tiffany was a police officer with the Honolulu police department.

Shawn Ray and J.M Manion published the news on their respective social media.

A disgruntled tenant facing eviction opened fire on the police on Sunday, killing two officers and setting fire to the bungalow where he had been staying, officials said. The blaze spread to six other nearby homes that were destroyed, the authorities said.

The violent outburst in Honolulu started when the gunman stabbed his landlord in the leg — she was in serious condition — and three other people were left unaccounted for, including the suspect, said Susan Ballard, the Honolulu police chief, during a news conference Sunday night.

Chief Ballard identified the two officers who were killed as Tiffany-Victoria Enriquez and Kaulike Kalama, who she said were seven- and nine-year veterans of the police force.

She did not give ages for the officers, who she said were both parents and were the first Honolulu police officers to die in the line of duty since 2012. Both officers were wearing bulletproof vests, she said.

Tiffany leaves behind three daughters and a grandson.

This is a terrible loss.

Evolutionofbodybuilding.net send our condolences to Tiffany’s family and friends.