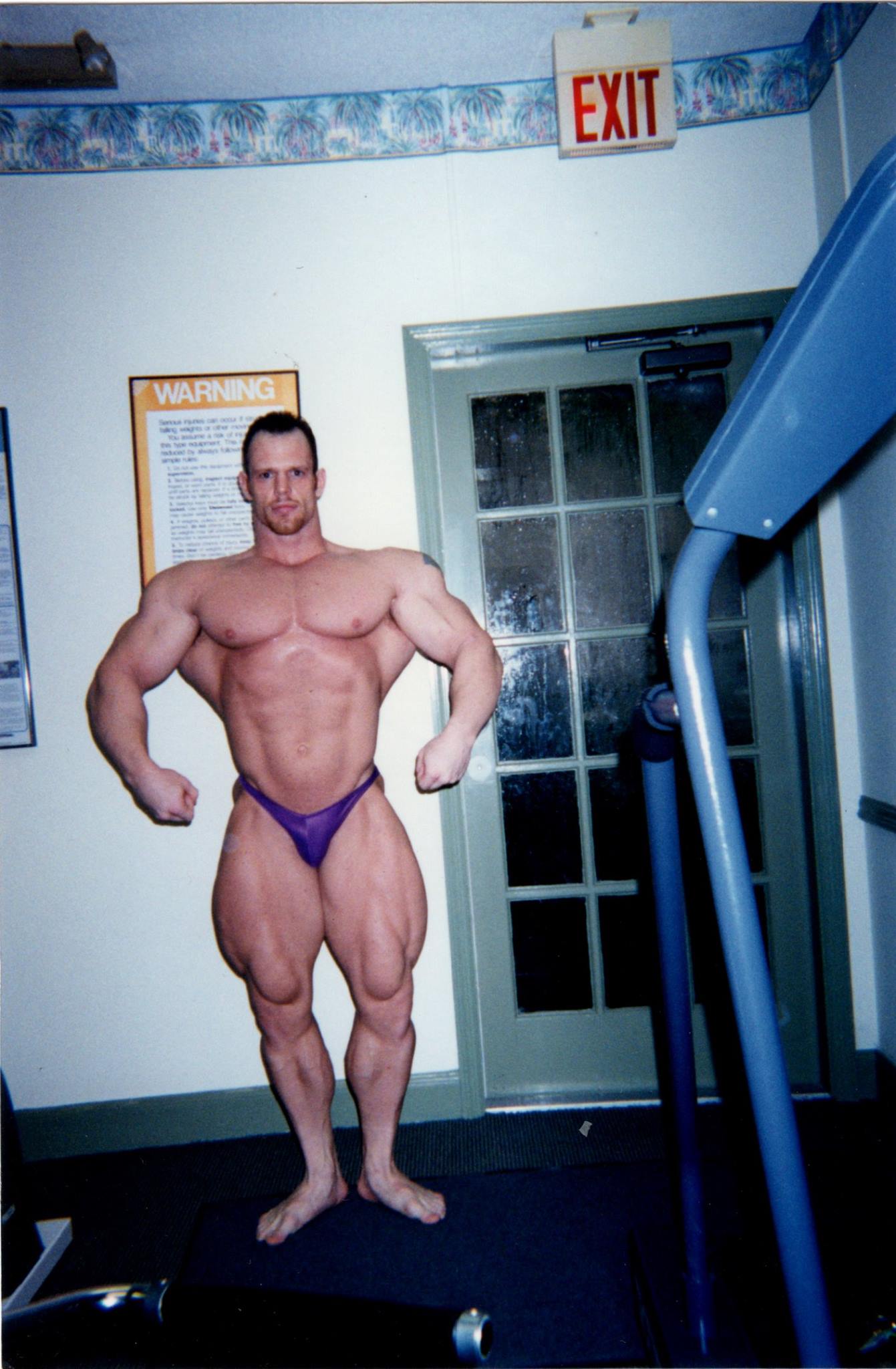 Chad Nicholls has released another set of photos from some of his legendary clients of the past. After releasing photos of former clients Flex Wheeler and Ronnie Coleman, Chad now focuses on Tom Prince just before the Nationals in 1997.

These set of photos is getting a lot of talk on social media.

Again it’s great that Chad is sharing these great photos with the bodybuilding world.

This is what Chad Nicholls had to say:

Since it’s officially Throwback Thursday, I’ll get an early start. I’ve posted several throwbacks from the Olympia and Arnold, but just like everyone, all the pros started out as amateurs. Here are some never before seen pics of one of my all time favorite PEOPLE period! These pics of the amazing Tom Prince were taken approximately 3 weeks out of the 1997 Nationals. He was in Illinois guest posing with Jay Cutler for one of my best friends, IFBB Pro, Chuck Sanow. I had Chuck take a look at Tom and give me his opinion on what he thought of Tom in person. Chuck and I are both VERY old school and Chuck thinks along the same lines as I do when it comes to contest prep and where someone needs to be at a certain point in time. The pics were overnighted to me the following Monday and I received them Tuesday morning. This is the full set of unaltered pics I received.

Right after Chuck looked at him, he immediately gave me a call – said that he looks great, has a bit still to go and is about 14 pounds away. Now, when Chuck and I are discussing everything we are looking at the finished product – meaning on stage – cutting water – everything – finished on stage.

About 5 minutes later, Tom calls me and asked if I had talked to Chuck. I said yes and Tom went on to say, “I don’t know what the fuck Chuck is talking about?!” “I had Jay Cutler look at me and Jay said all I need to do is pull water and I’ll be right there!” Tom said, “Chuck has lost his fucking mind! Where in the hell would I lose 15 pounds? – I’d have to cut one of my arms off to do that!!!” I said, here’s the thing – Chuck is thinking along the same lines as me when talking about weight – he’s talking about the finished product “on stage” – but no matter what – just get those numbers completely out of your head – I don’t give a shit what you weigh – we just keep pushing and the end result, no matter what your weight is, I’m confident, will win Nationals!

Now to give you a bit of backstory on this, I had seen Tom compete at several shows and thought his physique was unbelievable, but he just always missed the mark with conditioning. He is actually to this date one of the very few people that I actually contacted and reached out to him, personally, offering to prep him for Nationals because I felt it was crazy this guy kept missing it and wasn’t already pro!

We literally started working together right at 14 weeks out. I told him that going into Nationals the game plan wasn’t to try to reinvent the wheel or do anything over the top – we were just going to push for conditiong – even if that meant coming in a bit lighter than normal and that after he got his pro card, we could focus on making him freaky big if that’s the way he wanted to go.

…Fast forward to the show and he comes in at his all time best and we know the rest, he ends up winning the overall at the 1997 Nationals. The overall was actually close and I didn’t think anyone would end up battling him – but another one of my athletes ended up pushing him for the overall – Light-heavyweight, Sylvester Solomon. This is when they didn’t have super heavies – only heavyweights. Now the question is, how much weight did Tom end up losing from the time Chuck looked at him 3 weeks out until he stepped on stage at Nationals? The answer is: 13 pounds!