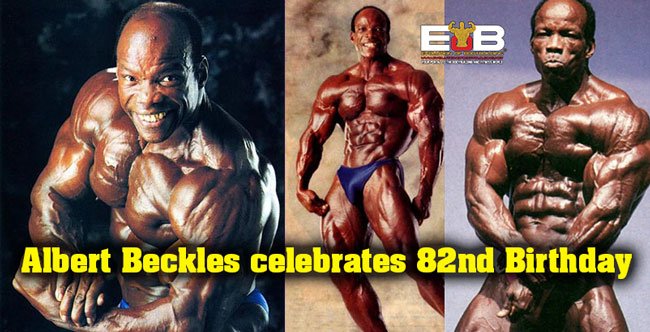 Throughout the history of bodybuilding we have seen many athletes grace the stage.

Some athletes have tried to stay with the pack but unfortunately they either retire early in their career or just walk away from the sport.

In modern day bodybuilding we have Dexter Jackson. The younger generation hail him for maintaining a physique that can go up against athletes more than half his age.

Dexter still looks fantastic at 51, but the younger generation of bodybuilding fans probably have no idea that legendary bodybuilder Albert Beckles competed until he was 53.

In fact, at the age of 53, Beckles won the Niagara Falls Invitational.

Albert Beckles was born in Barbados but then emigrated to London.

In the mid-1960s, Beckles won several British regional titles before winning the 1969 and 1970 NABBA Mr. Britain titles. In 1971, Beckles joined the IFBB, earning the overall at the IFBB “Mr. Universe.”

Beckles was one of the most active participants in bodybuilding history, having competed in over 100 contests.

Some career highlights are winning the Night of Champions in 1982, at the age of 44.

Albert competed at the Mr. Olympia 13 times in his career. His best placing was second against Lee Haney in 1985 at the age of 47.

In 1991, Albert won the Niagara Falls Invitational at the age of 53, an incredible accomplishment.

Beckles was an active competitor for 27 years and he was a very familiar face in the top ten in the majority of contests that he competed in.

In his retirement, Beckles had to have major back surgery which he said he almost died from during a interview with Rick Drasin.

Evolutionofbodybuilding.net would like to wish Albert a Happy and Healthy Birthday.

On John Hansen’s Bodybuilding Legends podcast, Albert confirmed he was born on 14 July, 1936.