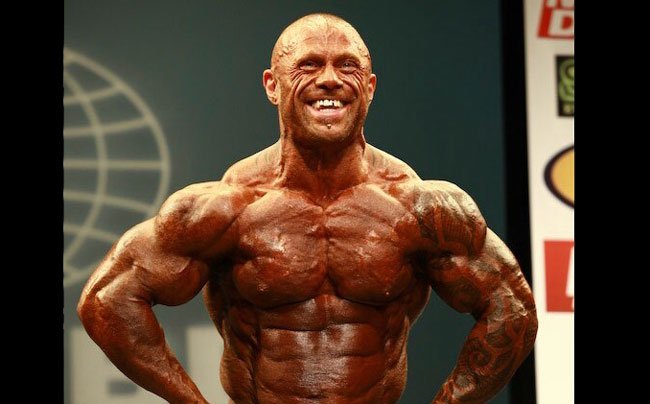 The bodybuilding world is in shock after hearing about the death of former IFBB Pro bodybuilder Michael Sheridan.

Mike was very popular in the UK, the country where he was born and lived. Mike earned his pro card by winning the light heavyweight class at the EFBB (now UKBFF) National Championships in 1999.

In 1999, Mike would also place third at the NABBA Universe in the medium class.

In 2001, Michael made his pro debut at the Hungary Grand Prix, he placed 15th, but his placings would improve in his bodybuilding career that lasted until 2014.

In the same year, Mike would improve one place at the Toronto Pro by finishing in 14th.

2002 would see Mike finish in 11th at the English Grand Prix and a great improvement at the Grand Prix in Holland by finishing in 9th place.

In 2003, Mike had to settle for 11th place again at the English Grand Prix and fell to 13th in Holland. He unfortunately did not place at the Night of Champions.

The big improvements would arrive in 2004 for Mike where he placed sixth at the English Grand Prix, sixth in Holland and a fantastic fourth place at the Russian Gran Prix.

Mike’s dream came true by arriving on the Mr. Olympia stage in 2005, unfortunately he did not place. It would be the year Ronnie Coleman won his eighth Mr. Olympia title.

The following years, up to 2012, Mike would only compete once per year.

Make would then take another break to return in 2010 at the New York Pro in the 202 Division. Mike finished in a respectful seventh place.

As his pro bodybuilding career was coming to an end, in 2012, Mike unfortunately did not place at the British Grand Prix, again in the 202 division.

Mike’s final year of competition would be in 2014. Mike did not place in both the Russian Grand Prix and the Prague Pro Championships.

After ending his career as a professional bodybuilder, Mike continued giving back to the sport.

Mike would move on to becoming a very successful personal trainer and owned Unique Bodies Gym in Oxford.

Mike was a lovable character, according to his close friends. Social Media has been flooded with messages after the news of his death was known.

“Struggling to come to terms with the passing of my very good friend Mike Sheridan.
I was lucky to be one of the very few that Mike let into his life as he was a very private person, old school as they come and liked to hide away in his little cave away from any attention or social media, contrary to the world today.
Mike would drive up from Oxford every week and train with me at Temple Gym, he followed me to when I opened Ultimate Fitness 8 years ago.
It was an honour to train with Mike as he trained with such intensity and without distractions. We never had our phones on, took any selfies or film any sets. Totally immersed in every workout he came to battle.
It’s a shame we didn’t get to capture any workouts on camera but that was Mike for you, never one for the camera or appraisal.
I looked up to Mike as he was a few years older than me and one of the very few British bodybuilders to reach the ultimate stage in bodybuilding, the Mr Olympia.
It was only a year ago I managed to get him on Instagram as he hated all the B.S that the industry had become. I told him to use it as a tool to promote his business Unique Bodies Gym. He never did get he hang of it lol.
Mike came to see me when I came out of hospital last year and I could tell by the expression on his face how happy he was to see me fit and back to my normal self. He told me he was speechless.
It was only a few weeks ago Mike came to see me telling me about the plans he had for his new gym as he wanted to bounce some ideas with me. This time last year I went to look at some units in Oxford with him.
Mike was the epitome of British Bodybuilding, still cannot believe he’s gone. Just goes to show you never know what tomorrow brings.
My thought goes to Barbara, his family and Riggs x” – Simon Fan

Evolutionofbodybuilding.net sends our deepest condolences to the family and friends of Mike during this difficult time.

Evolutionofbodybuilding.net would also like to thank Simon Fan for his contribution to this article. 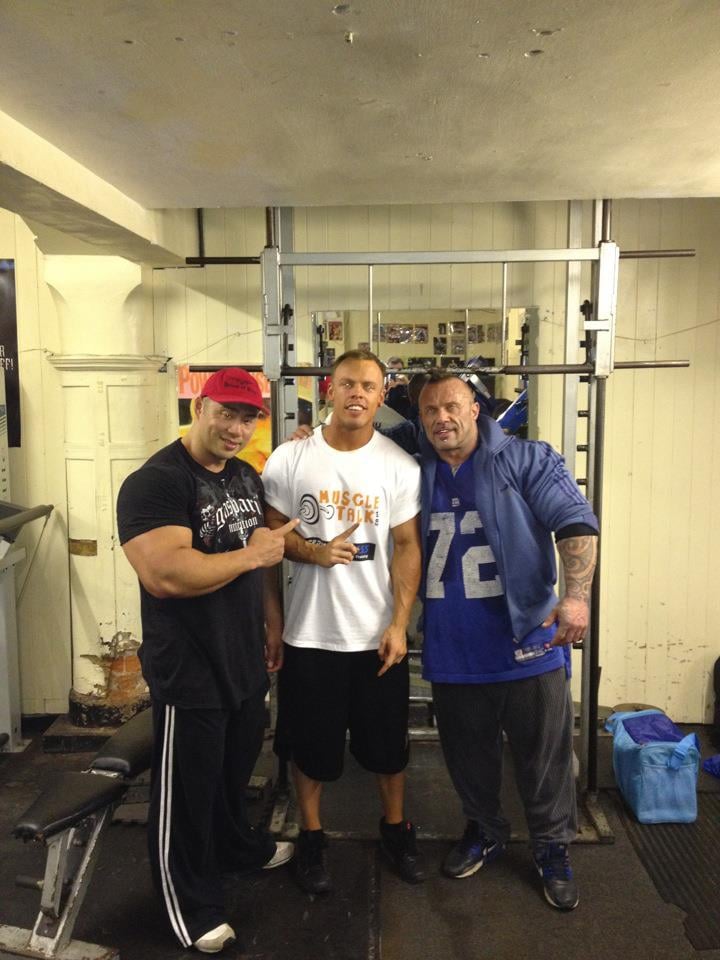 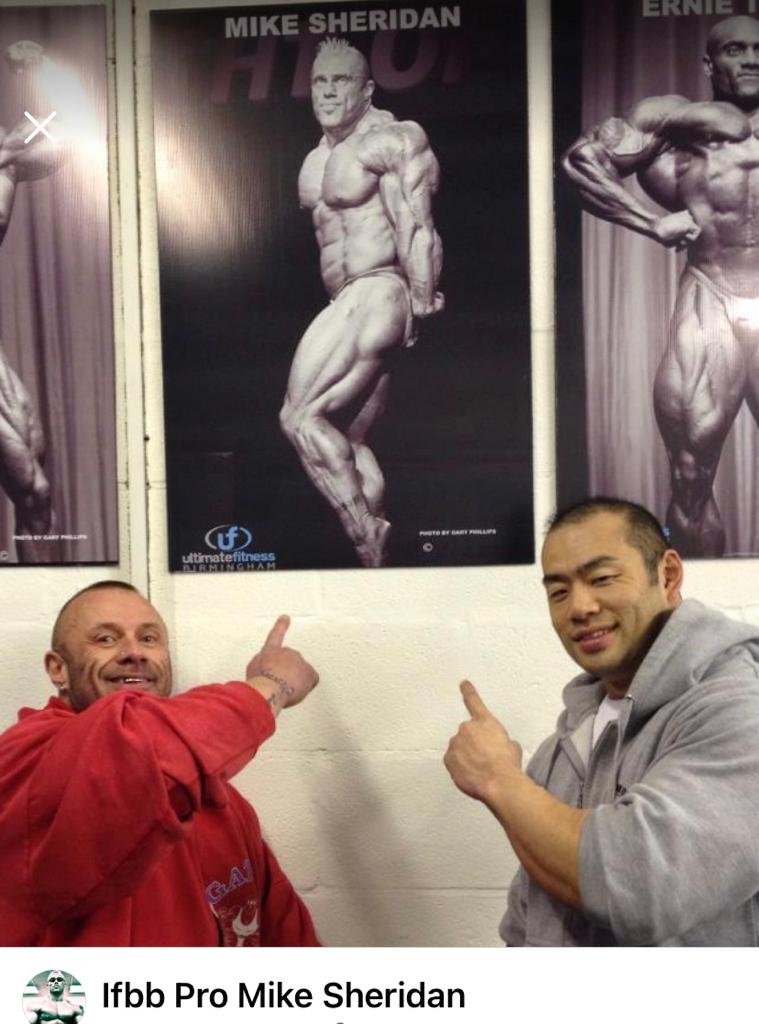 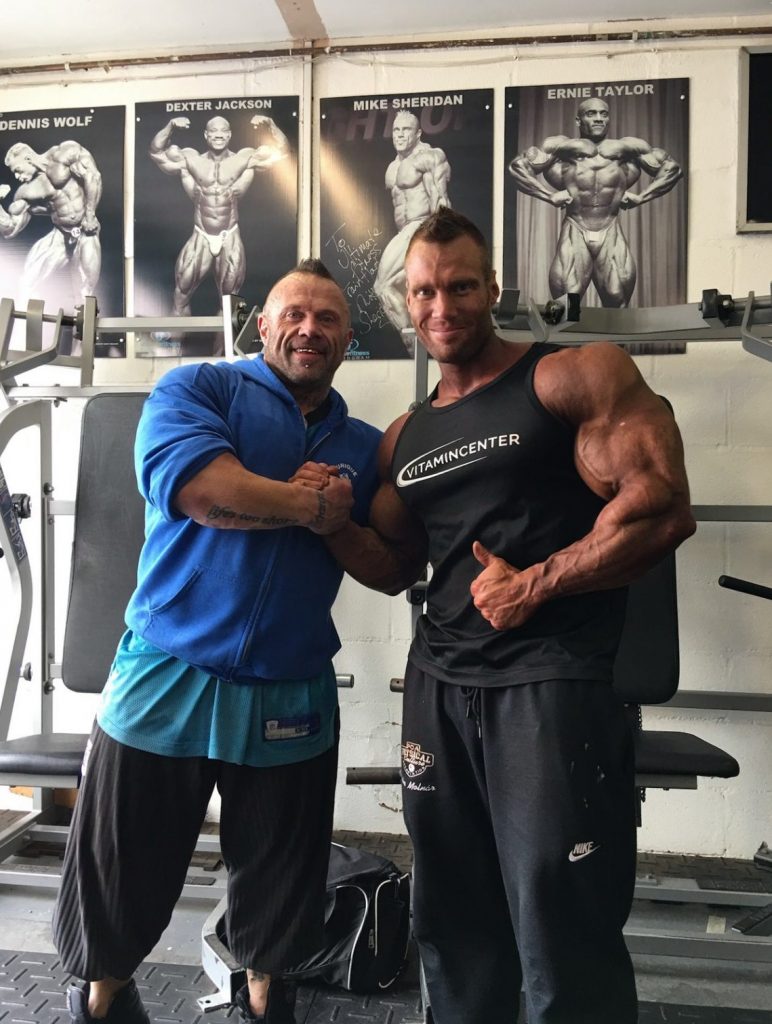