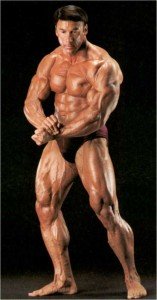 In a sport festooned with great biceps, Boyer Coe had a pair of the best, and the longevity and gentlemanly approach he brought to his chosen craft made him a standout in all he did.
Coe’s physique fascination began at an early age, but his understanding of the necessary process to build a solid one came a little later.

When fiver-year-old Coe would look at pictures of bodybuilders in muscle magazines, hoping on day to achieve such a physique, he was under the impression that their “special swim trunks” were responsible for the muscles and not their dedication to training.
Eight years later, while fishing, Coe found a discarded Weider magazine with Doug Strohl on the cover.  Upon thumbing through the magazine, he began to understand that the calisthenics he had been doing were insufficient for such massive development and that weight training was needed.  Once h acquired his own barbells, he trained in the family garage, and his progress was as magical as those “special” trunks.

In the summer of 1962 – having never seen a live physique contest – Coe placed in the top five at the Teen Mr. All South in Birmingham, Alabama.  He continued to flex in local contests during the summer months.  On May 21, 1964, three days before he graduated from high school, Coe was declared Mr. New Orleans at age 17. 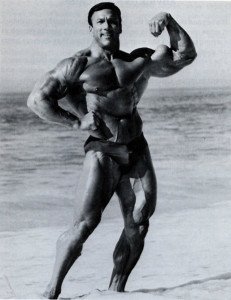 Six months later, he won the regional title of Mr. Hercules of the Southwest.  After graduation, Coe moved east to Lafayette and trained at a gym owned by 1960 Mr. America Lloyd “Red” Lerille while attending the University of Southwestern Louisiana, where he earned degrees in management and psychology.

In a whirl wind three-year period, the young man from Louisiana won his first national title (1966 Teen Mr. America), won on his birthday (1968 Junior Mr. USA, when he turned 22) and traveled to competitions in such cities as New York, Chicago and London.  With more than 50 contests in various organizations under his belt, he joined the IFBB in 1976 at age 30 and placed fifth in the lightweight class in his Mr. Olympia debut.  The 5’9” Coe (he usually competed at 250 pounds) won four IFBB contest, all in 1981: the World Invitational (aka World Cup) and Grand Prix events in Antwerp, Belgium; Port Talbot, Wales and Montreal, Quebec.  His seven attempts at Mr. Olympia included four contests in which there were two weight classes – he garnered two second places, one third place and a fifth place in those contests.  His 33 years of competition included two decades of IFBB contest divided into two spans: 1976 to 1984, when he entered 33 contests, and 1994 and 1995, when he entered the Masters Olympia.
Following his competition days, he stayed in the bodybuilding game as co-host of the FLEX Magazine Workout TV show in January 1993.  Coe has been living in California since 1979, is currently single and has one younger sister, Candy.  He strains trains five or six days per week for self-improvement. 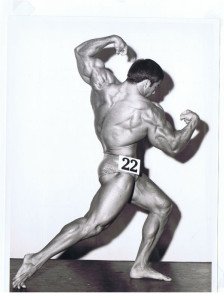