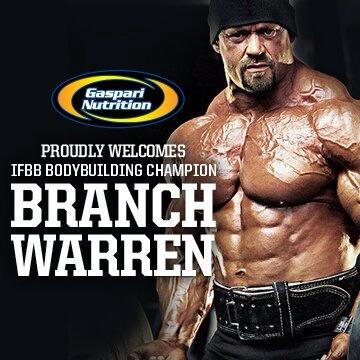 Branch Warren is the newest member of Gaspari’s team.

In 2013 Branch sat out to let his body heal from a torn quad. While he placed 9th at the Olympia, he moved all the way up the ladder to third at the EVL’s Prague Pro by the end of the year.

When asked how he felt about Branch signing on, Rich Gaspari said, “I’d like to congratulate Branch on becoming part of Team Gaspari. Unlike a lot of bodybuilders, Branch has to work much harder. That’s why I feel like Branch is a perfect fit. He pushes himself to the limit. He’s known for his hardcore intensity of training. I had to train like that too. I’m looking forward to working with Branch and having him a part of Team Gaspari and taking our supplements and products.” 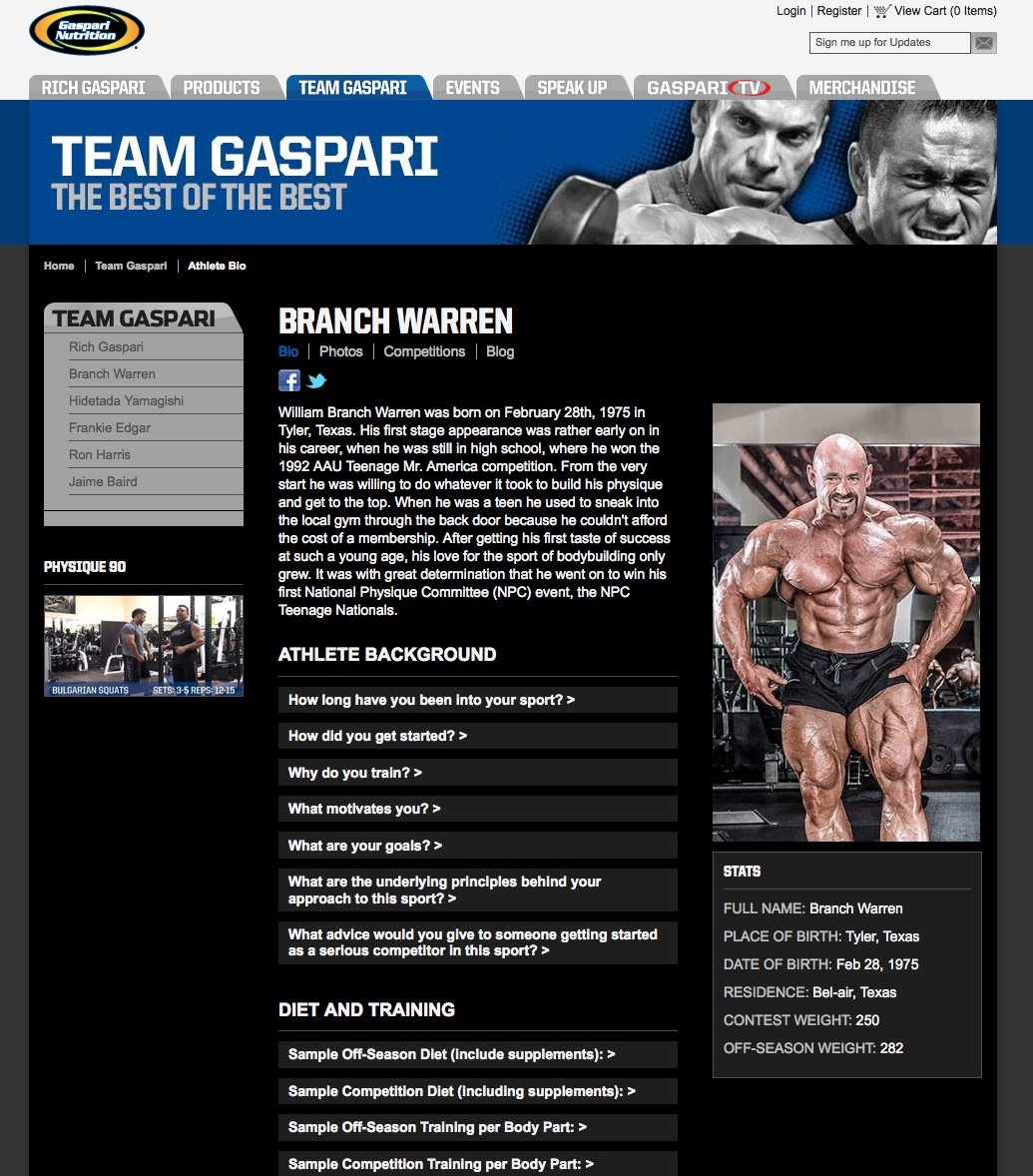