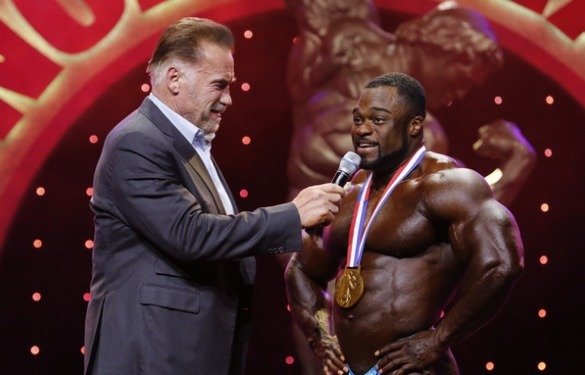 Brandon “The Prodigy” Curry, a veteran from Murfreesboro, Tenn., scored a stunning win over defending champion William Bonac to win the 31st Arnold Classic at the 2019 Arnold Sports Festival.

Curry received congratulations from Gov. Arnold Schwarzenegger, a check for $130,000, a Tony Nowak Official Champions Jacket, and the champion’s trophy from Carol Zawadzki of Midway Labs USA and Steve Slater of ROGUE Fitness.

Bonac, of the Netherlands, who won the 2018 Arnold Classic and finished fourth at the 2018 Mr. Olympia finished second. Curry received $75,000 and a medal from VPX Sports and Jan Tana. Bonac took home an additional $10,000 for Most Muscular.

In a surprise, Luke Sandoe of the United Kingdom, competing in the Arnold Classic for just the second time, finished third. He received a check for $50,000 and a medal from Europa Sports and Animal.

Cedric McMillan, the 2017 champion from Heath Springs, S.C., was fourth and received $30,000 and a medal from ALLMAX and Blackstone Labs.

Roelly Winklaar of the Netherlands finished fifth and received $15,000 from Rule One Protein / Rivalus and Pure Protein. 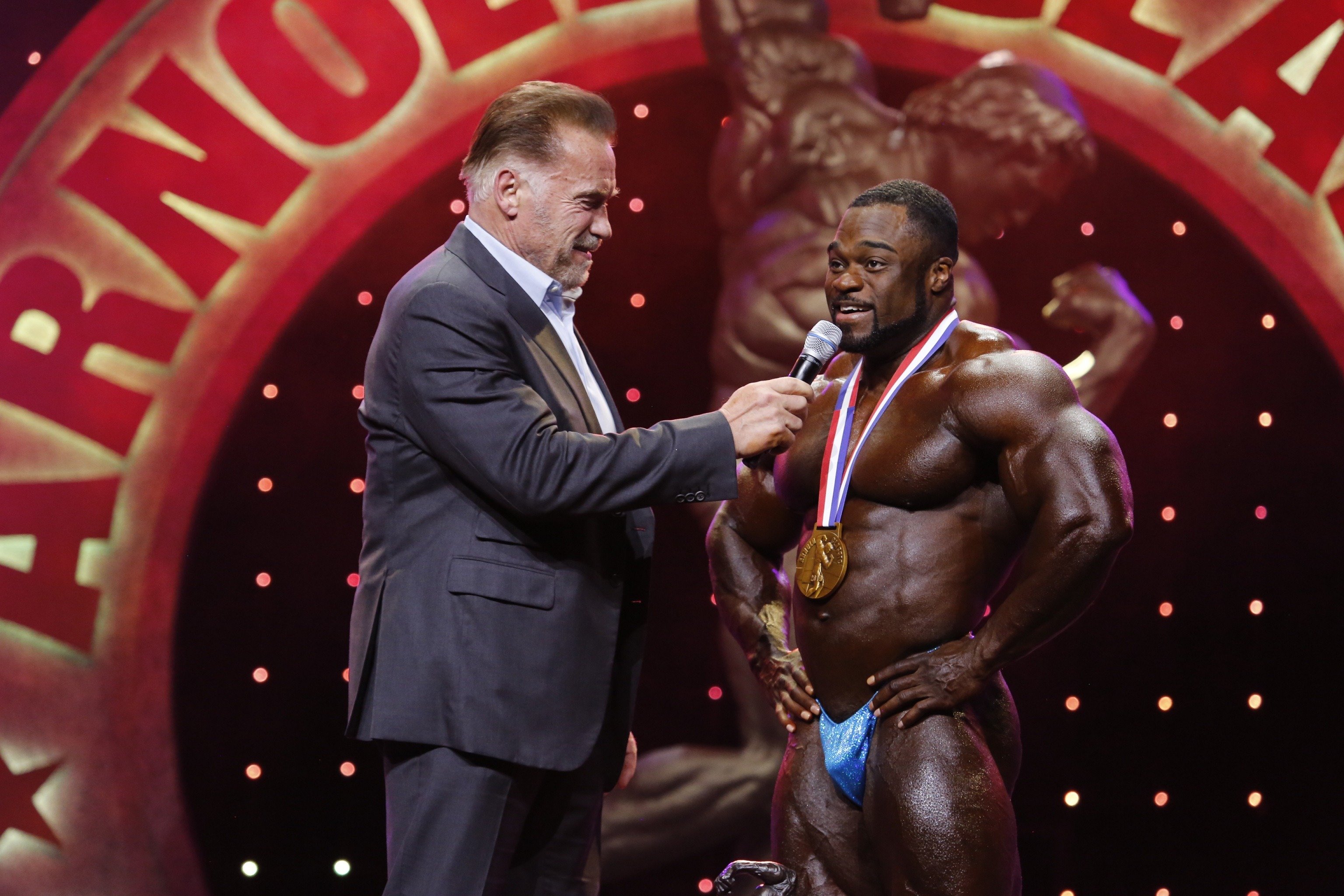 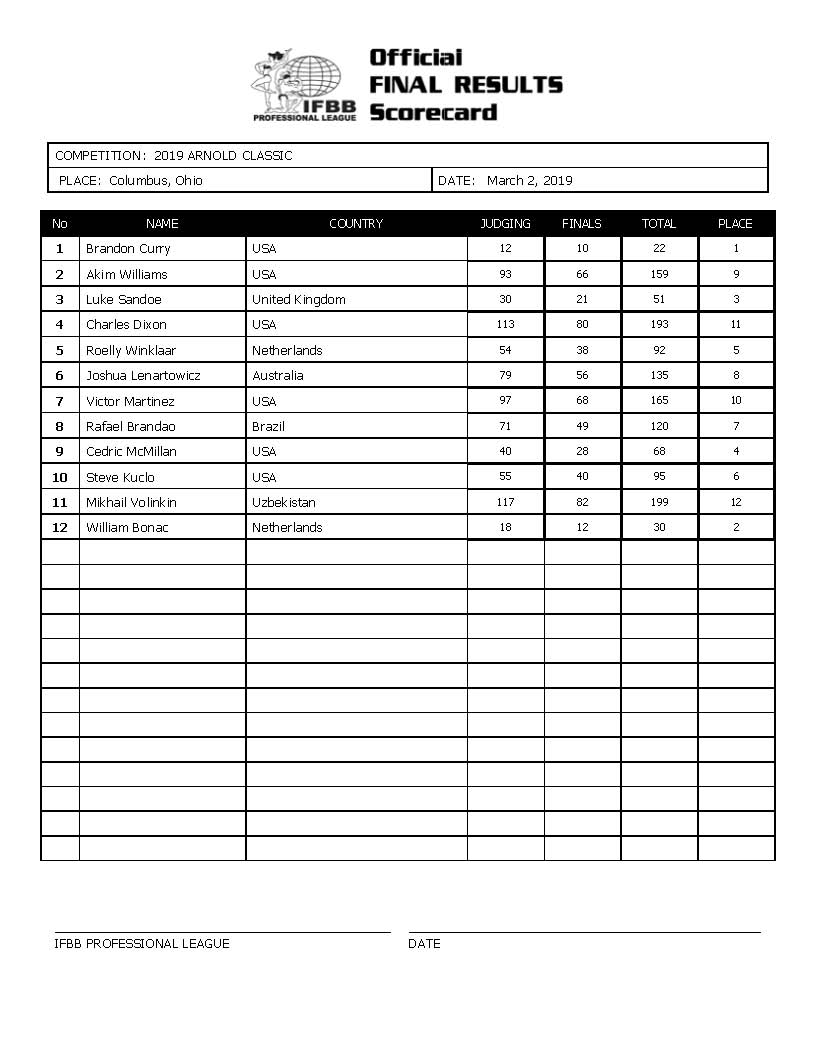