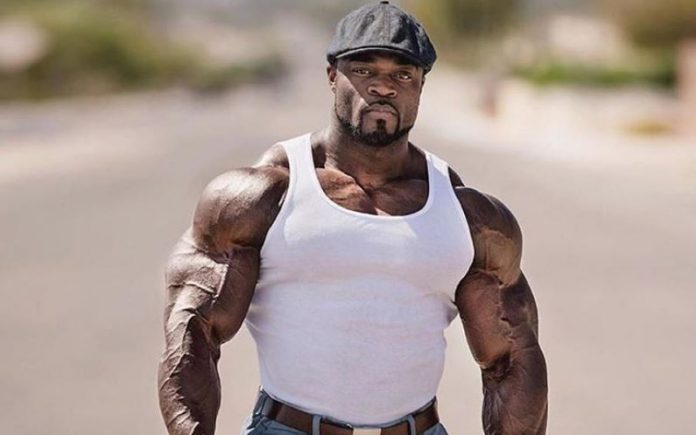 Brandon Curry shows his class as he silences critics.

As the excitement for the 2020 Mr. Olympia is increasing, so is the criticism against defending champion Brandon Curry.

In his latest post on Instagram, Brandon came under fire from a number of followers putting down his 2019 Mr. Olympia victory.

The 2019 Champion handled the situation in a very professional manner without offending anybody or putting his fellow competitors in a bad light.

Brandon had to put up with comments such as:

“If Phil come ready nobody can stop him…”

Brandon replied to this the best way possible, and he showed his true professionalism with his answer.

“That’s why this O is exciting! All those names were gone, and I won and then he comes back…if that’s not a true test of my abilities then i don’t know what is. I’m the guy with nothing to lose since y’all undermine my win anyway ☺️ so I’m thankful for the opportunity to see how I can do against him. I don’t base my outcomes on ‘what ifs’. Always on what ‘IS’ and what actually happened…I am not a prophet or fortune teller so I don’t predict the future. I live in the moment and prepare for what’s coming. Just like i prepares for the show last year while the names you mentioned didn’t. All I can do is just focus on the opportunity I have before me and I’m making the most of it. I’ll be ready.💪🏿” – Brandon Curry.

Brandon has been hearing comments that he is not the true Mr. Olympia since his victory last September 2019.

Many fans believe he has to defeat Shawn Rhoden or Phil Heath to say he is a valid Mr. Olympia.

But hearing Brandon say “I’m the guy with nothing to lose since y’all undermine my win anyway ☺️ so I’m thankful for the opportunity to see how I can do against him” referring to Phil Heath, is just priceless.

The majority of other bodybuilders getting criticized such as Brandon would either block the user or completely lose his temper.

Brandon left his online critics speechless with his perfect answer, showing that he has the right attitude to be a Mr. Olympia.

Whatever his critics say or think, Brandon is on schedule with his training and will be ready to defend his title against whoever come up against him.

His teaser clips on Instagram have already got the bodybuilding world buzzing.