Brandon Curry was born on born October 19, 1982 in Nashville, Tennessee 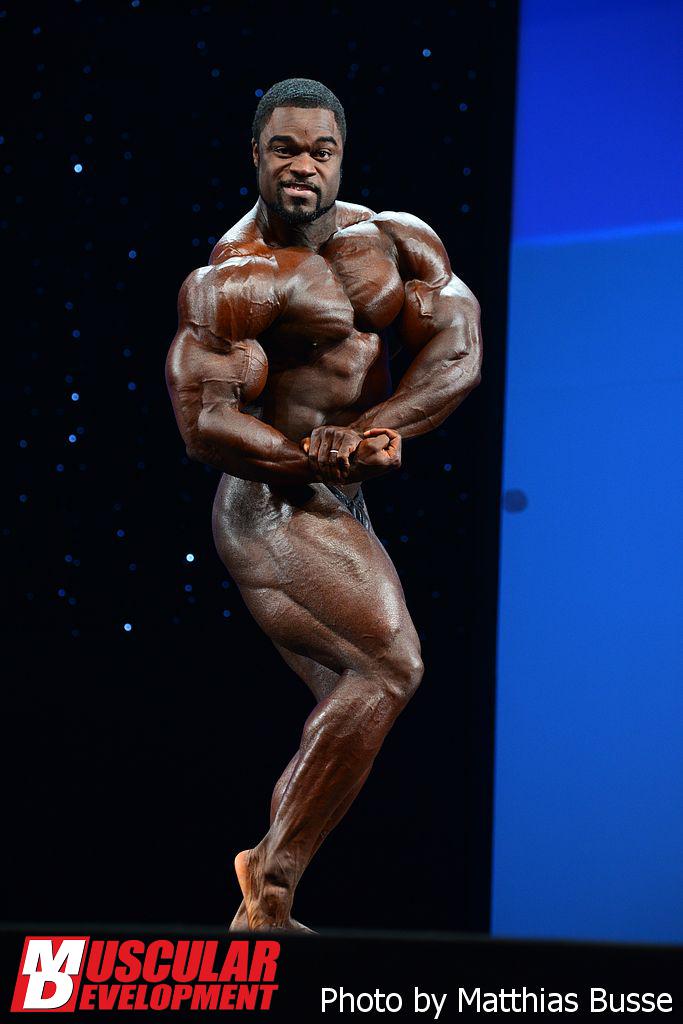 When IFBB Pro bodybuilder Brandon Curry steps on stage in just over a week at the 2014 Arnold Classic, you may be surprised by the amount of size he has added. He’s used the off-season to focus on his weakest body parts: hamstrings and calves. The work has paid off with incredible gains in size and strength. Source: musculardevelopment.com

IFBB Pro Brandon Curry trains shoulders and arms 4 weeks out from the 2014 Arnold Classic. Although Brandon doesn’t have weak shoulders and arms, he still maintains a high intensity of training. Because shoulders gets a lot of secondary work from other workouts, he doesn’t go super heavy on these exercises to save the shoulder joint. He trains arms with moderate weight as well. Source: musculardevelopment.com

IFBB Pro Bodybuilder Brandon Curry finishes off an intense shoulder and arm workout. He hit a high point in his career last year winning the inaugural Arnold Classic Brazil. That ended up being a 2013 season-high as well. Now, he’s focused on the 2014 Arnold Classic. Here’s a look at the second half of Curry’s arm and shoulder workout, filmed with just four weeks to go. Source: musculardevelopment.com