Another big story has emerged from the 2015 Olympia weekend. First it was Kai Greene not signing his contract, then it was Cedric McMillan who fell ill and had to miss the Olympia at the last minute, now the big story is of Big Ramy.

Big Ramy first started working with Dennis James, who we must say was a bit to critical of him during his commenting at the 2015 Olympia. But saying this, Dennis James was right. Big Ramy was not ready.

From Dennis James, Big Ramy went for the services of Chris Aceto, then after a short while moved over to his current (of former) coach George Farah. 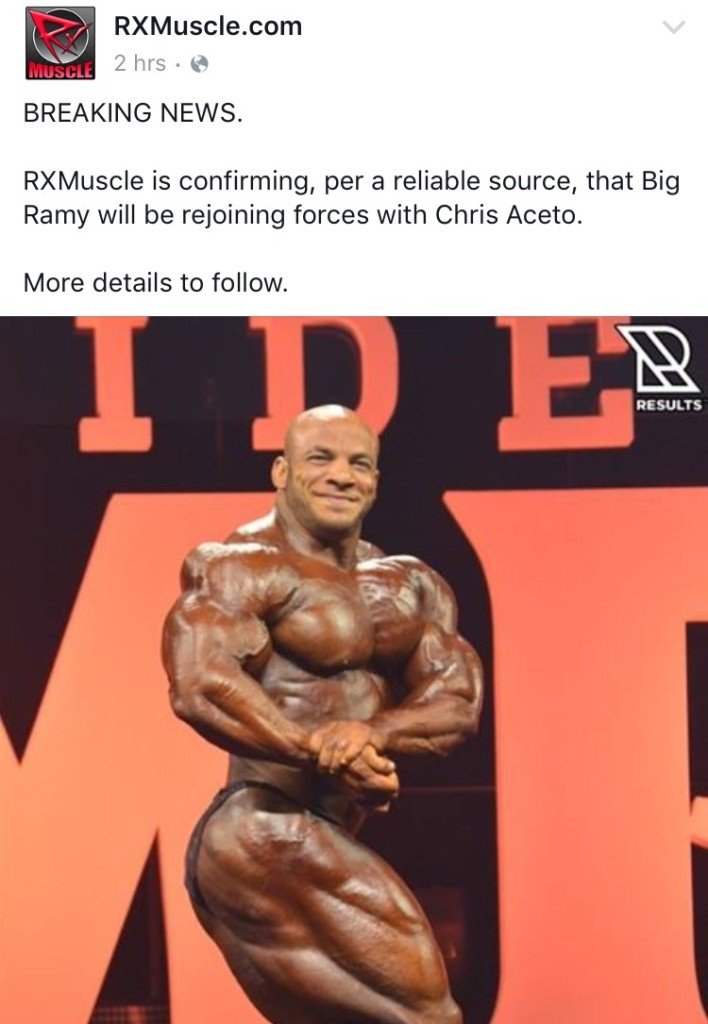 According to RXMuscle.com, the site that Chris Aceto is associated with, Big Ramy has decided to go back to working with Jay Cutler’s former coach Chris Aceto.

Chris has a great track record and he could be the right person to get Big Ramy to really challenge for the 2016 Olympia.

It has been a horrible month for George Farah. Phil Heath’s number one contender Kai Greene (one of Farah’s athletes) pulls out of the Olympia and now Big Ramy apparently leaves.

More will surely be revealed about this story in the coming days when everything settles down after the 2015 Olympia Weekend.

The excitement has already started for 2016!!

There is no love between Chris and George as you can see is this video from a couple of months back: